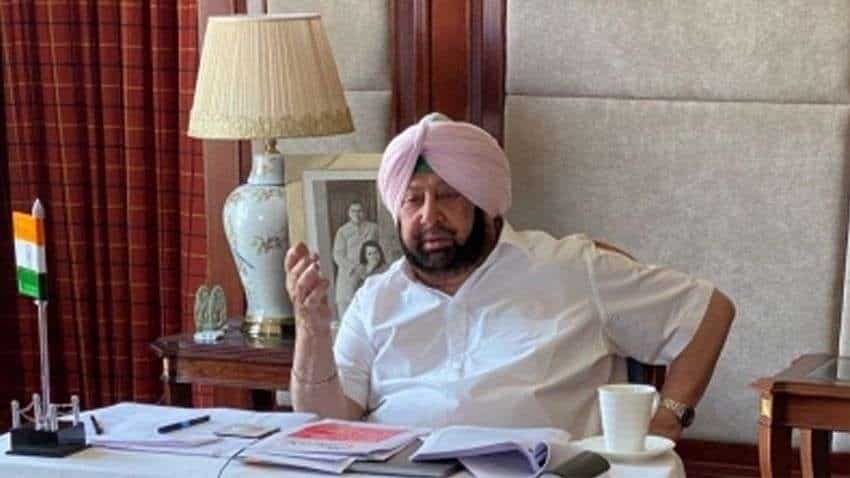 Speaking at the virtual event, the Chief Minister said that the Mission will unleash Punjab's growth potential and create a thriving economy by generating jobs and inviting investment.

The Mission will mobilise a global pool of ambassadors and partners for investment, mentorship and market access, said Amarinder Singh, while adding the mission will also leverage the strength of the Punjabi diaspora, allowing them to partake in this renewed growth story of the state besides running focused programmes to encourage entrepreneurship amongst women.

Showcasing Punjab as an entrepreneurial State with a strong footprint of entrepreneurs across the world and India, the Chief Minister said that the state has a burgeoning entrepreneurial ecosystem with 450 startups and 20 plus incubators.

Besides, the Innovation Mission Punjab will act as a catalyst to strengthen by rallying all the stakeholders viz. Academia, incubators, investors, startups, government, progressive farmers, sports people, media, industry and corporate, said Singh.

The Chief Minister further said that the Mission is a unique public-private partnership, championed by the private sector with strong government backing.

As partners the Department of Agriculture, Industries and Commerce, Mandi Board and Startup Punjab are providing over Rs. 30 crores in cash and kind, including operating expenses for the first three years, 10 year rent-free lease for 12,000 square feet at Kalkat Bhavan and support to startups and incubators in the State.

"The Mission stands firmly on three pillars namely pollinator- to create a network of virtual incubators and organise events such as bootcamps, ideathons, pitch days to create a vibrant startup ecosystem.

"The State government will provide 10 percent of the corpus and guarantees upto Rs 10 crore cumulatively to incentivize early investors," the statement said.

Meanwhile, eminent economist Montek Singh Ahluwalia while describing innovation as the important factor in the start ups, in his speech, said that the innovation mission would get going in true sense once the things get back to normal and a post-Covid scenario emerges.

He mentioned digital connectivity and artificial intelligence as key areas of the start up sector, the statement quoting him said.

Chief Secretary Vini Mahajan said that Punjab's time has come in the start up sector which is a new kid on the block.

At the time of framing the new business policy in 2017, the start ups were given a prominent place, said the Chief Secretary encouraging new start ups to explore Punjab as the new investment destination.

Elaborating on the larger objectives of the Mission, Genpact founder Pramod Bhasin said, "The start up wave is in the air and Mohali, Chandigarh and Ludhiana have the potential to emerge as the start up hubs and far-reaching steps to put Punjab on the global startup map would be undertaken by building impetus for entrepreneurship communities and collaborating with investors, industry and academia."

Omicron coronavirus news: Night curfew in Punjab from today: Check these guidelines and other details