Pune-based healthcare supply chain start-up Biddano is tapping VC funds in its series-A funding round, which it expects to complete by January next year, the company's co-founder and CEO Talha Shaikh has said. 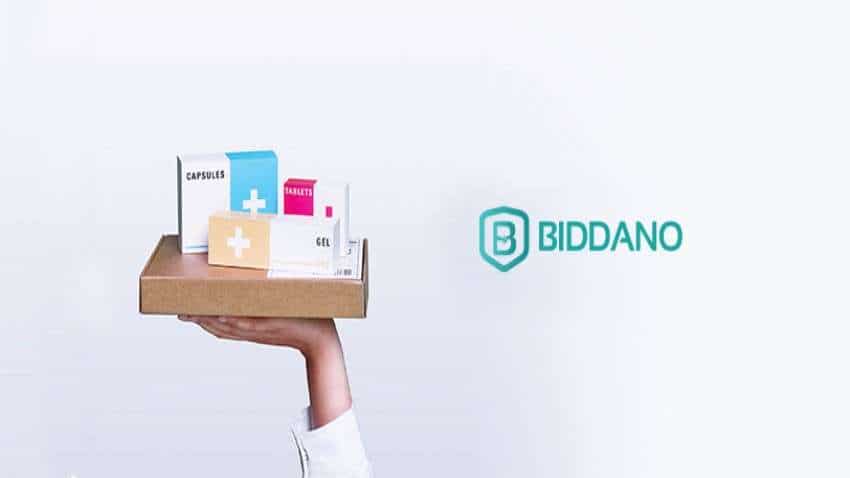 Pune-based healthcare supply chain start-up Biddano is tapping VC funds in its series-A funding round, which it expects to complete by January next year, the company's co-founder and CEO Talha Shaikh has said.

Though the start-up has not yet decided about the quantum of fresh capital to be raised, it is going to be a very "significant" amount, he said.

Biddano started in 2018 as a healthcare logistics platform to bridge the gap between retailers, distributors and hospitals for daily procurement.

The start-up after the pandemic has evolved into a full-fledged supply chain platform for both the pharmacies and distributors with its presence across eight cities --Mumbai, Pune, Ahmedabad, Surat, Hyderabad, Bengaluru, Delhi and Chandigarh.

Biddano had earlier this year raised USD 2 million in a funding round led by Gokul Rajaram, who is a board member of global majors Coinbase and Pinterest, along with a clutch of new and existing investors.

Also, of the total pharmacy wallet share, around 45 per cent is pharma, around 30-35 per cent is FMCG (fast-moving consumer goods) and around 5-10 per cent is surgical generic.

Currently, about one million offline pharmacies are operating across the country, according to Biddano.

"We are planning to raise our Series-A fund very soon. We are already in talks with some of the large VC (venture capital) firms. We are talking with them, engaging with them with the idea of how Biddano will revolutionise the supply chain in a couple of years,” Shaikh told PTI in an interaction.

He said a few elements are being worked on to decide about the quantum of the capital to be infused, adding, "but, it is going to be a very significant amount".

The fundraising process will be completed by next month, he added.

Industry insiders, however, said Biddano may raise USD 15-25 million fresh capital in its Series-A round.

He added that the capital in the earlier round was meant for expanding the operations to 25 cities with over 2,00,000 pharmacies by March 2022, while funds mopped up in the next round will be to expand the reach to 200 cities and onboard around 0.5 million pharmacies pan-India over a period of time.

"We are also simultaneously expanding our operation into the villages and Tier-II/III cities, where people struggle to get medicine and availability is, in fact, a big issue.

This project was started in November and by March 2022, Biddano will have its presence across 100 villages, he added.

He stated that Biddano is trying to revolutionise the entire USD 62-billion offline pharma supply chain or the total addressable market over the next couple of years.

Shaikh said the efforts are to penetrate the overall value chain with the digital technology platforms which will enable the transactions between distributors and companies, clinics, hospitals and pharmacies online.

He added that Biddano has grown over five times in the last one year across all of the key performance indicators it tracks in terms of reach, cities, the pharmacies and cities, pharmacies as well as the value of the orders it processes with the expectation to take this growth by at least 25 times.

"We are also on track to cross over USD 100 million in GMV (gross merchandise value) by March 2022 from USD 20 million until last year," he added.

The total addressable market in terms of the orders in B2B supply chain is at around 10-million per day and Biddano is trying to capture over 25 per cent of the market share in the next 2-3 years, with Delhi, Mumbai and Bangalore as the top three key markets for it, Shaikh said.

TAGS:
Startups in IndiaSeries A funding round
Written By: PTI
RELATED NEWS