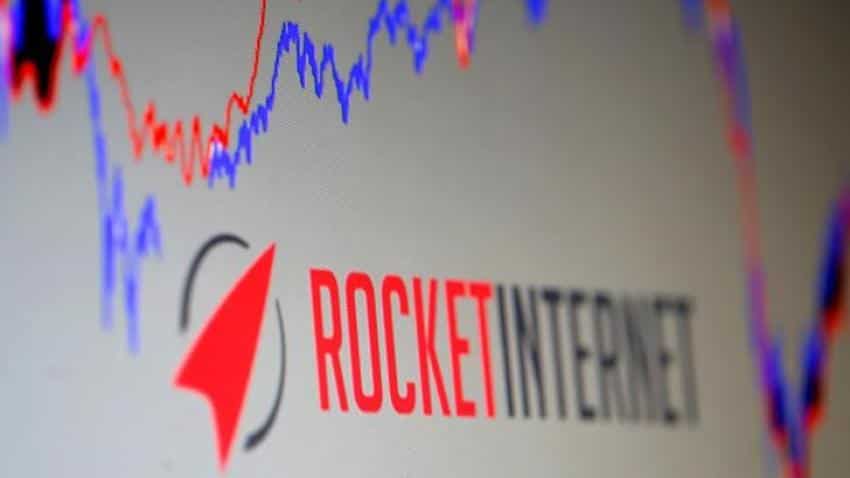 The logo of of Rocket Internet, a German venture capital group is pictured in illustration photo in Sarajevo. Image Source: Reuters
Written By: Reuters
RELATED NEWS

German e-commerce investor Rocket Internet reported progress on Thursday in cutting losses at its main start-ups with three set to generate profits by the end of 2017, while its shares were lifted by a plan to buy back convertible bonds.

Rocket Internet shares, which have been hit by concerns about mounting losses and cuts to the valuation of some of its leading start-ups, were up 2.7% by 0731 GMT, but were still down 30% on the year.

Finance chief Peter Kimpel said Rocket was still working towards a goal of a public listing for one of its 10 main start-ups in food delivery, fashion and home furnishings in the coming months, but said timing would depend on market conditions.

The most likely candidates for a listing are seen as food sites Delivery Hero and HelloFresh as well as emerging market ecommerce firm Global Fashion Group (GFG), which reported last week it managed to stem its losses.

Kimpel said a decision to spend up to an additional 85 million euros on convertible buybacks by September 30, 2017, was due to the fact that Rocket now felt it had "excess capital", but admitted it would also help the share price.

"They are doing what they are supposed to be doing. Bringing companies to profit... and even where they are still growing very fast like HelloFresh, the losses are coming down a lot on a sequential basis," said Berenberg analyst Sarah Simon, who has a "buy" rating on the stock.

Rocket reiterated a target set a year ago to turn three of its 10 main start ups profitable by the end of 2017, while highlighting smaller losses at home furnishings site Westwing and at GFG.

Earlier this month, Rocket reported a first-half consolidated loss of 617 million euros, mainly due to impairments on its GFG stake. On Thursday, it also said that figure included writedowns on its stakes in Latin American ecommerce site Linio and payments firm Lendico.

It said the aggregate adjusted earnings before interest, taxation, depreciation and amortisation (EBITDA) margin of its top start-ups fell by nearly half to minus 17% in the first half of 2016 from minus 32% a year earlier.