It’s expected that India will thrive as one of the leading economies in the world over the next decade in light of a positive political and economic scenario. 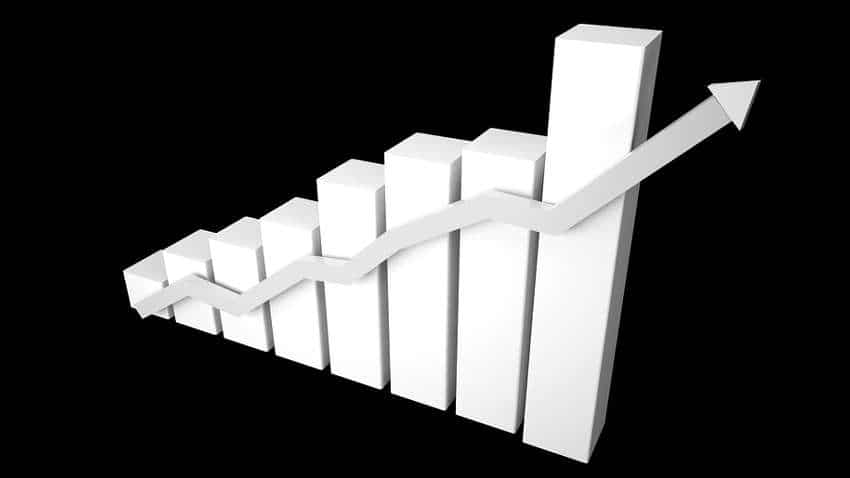 The Micro, Small & Medium Enterprises (MSME) segment has been playing a remarkable role in the emergence of the Indian economy. Pixabay pic.
Written By: Prashant Singh
RELATED NEWS

Witnessing the times when our nation still has goals to make changes to implement and evolve to ensure that the industries keep up with the times. The world is currently undergoing a fourth revolution or the 4.0 revolution era. It’s being anticipated that the transition will lead to reduced role of human power as an operator and pave way for more interaction opportunities between machines and machines.

It’s expected that India will thrive as one of the leading economies in the world over the next decade in light of a positive political and economic scenario. The Micro, Small & Medium Enterprises (MSME) segment has been playing a remarkable role in the emergence of the Indian economy. The development of MSME segment is extremely critical to fulfill the national mission of financial inclusion and generation of significant levels of employment across all geographical areas across the country.

Moreover, it can accelerate and assist development of new age entrepreneurs who have the potential to create extensively competitive businesses from India. India’s GDP is expected to touch 8.5 per cent, with the country likely to be a USD 5 trillion economy by 2025. Vikas Gupta, CEO, Greyweave, shares his knowledge on how MSMEs to drive growth and India to thrive as one of the leading economies in the world. "Industry leaders suggest that MSME is that one segment that has been majorly contributing in the economy and has the potential to emerge as a backbone for this economy. MSMEs would potentially act as a driver for growth if given the right set of assistance and enabling framework."

"Internationally, the MSME segment expansion has shown mixed feedbacks basis on various policies and initiatives undertaken by developing and developed economies during their critical economic span. Many developed and developing economies have agreed upon the fact that the MSME segment constitutes the backbone for maintaining growth rates as well as employment generation rate and provides stability during economic downturns."

The recent change in definition for MSMEs by the government was a significant step according to which, an enterprise qualifies as a micro, small or a medium enterprise depending upon the amount of investment made with respect to (i) plant and machinery in case it undertakes manufacturing; or (ii) equipment in case it provides services. Additionally, the prescribed investment thresholds for being included within the definition of MSME have also been increased. The Government also announced the Emergency Credit Line Guarantee Scheme (ECLG Scheme) to help MSMEs with additional funding requirements during the Covid-19 crisis, particularly to meet their operational liabilities, purchase raw materials, and restart their business, this scheme is being implemented through the National Credit Guarantee Trustee Company Limited (NCGTC)."

"Another highlight remained the rapid advancement in digitization which is driving changes in payment systems in transactions. Mobile phones have provided enormous opportunities for financial development and are anticipated to be a common tool for carrying out various financial transactions. An increase in cellular phone subscribers is continuing to expand with each passing year. The growth of cellular phone users has encouraged people to manage primarily finance differently and explore digital modes of payment. This has opened doors for the financial industry to improve its services by launching internet-based services, such as mobile banking."

The Government on 24 March 2020 increased the minimum threshold for default from Rs.1 lakh to Rs.1 crore to initiate the corporate insolvency resolution process under the Insolvency and Bankruptcy Code, 2016 (IBC). This amendment is expected to benefit MSMEs that have been under financial distress due to the economic damage caused by COVID-19. Consumers have collectively increased their digital payment usage as they are shopping more digitally and use cash only for offline shopping. The market sentiment suggests that the Perception of Usefulness, Ease, Comfort, and Social Influence was dramatically affected due to the pandemic.

"The relaxation to Government Procurement Policies is gradually bringing a much-needed boost to domestic manufacturing and reliance and consequently increase chances of survival of MSMEs during this pandemic. However, adequate guidelines should be put in place to make sure that relaxations and consequent lack of competition from global companies do not hamper the long-term goals of MSMEs in India. The policies acting upon the acceptance of Mobile Payment in the wider community should rope in. For instance, by collaborating with Mobile Payment Providers and Public Service Activities, the digital payment system can be legitimized on a larger scale."