Both online food delivery platforms and the National Restaurant Association of India along with other offline hotels and restaurant associations gave their set of recommendations and justifications to the DPIIT officials on their concerns. 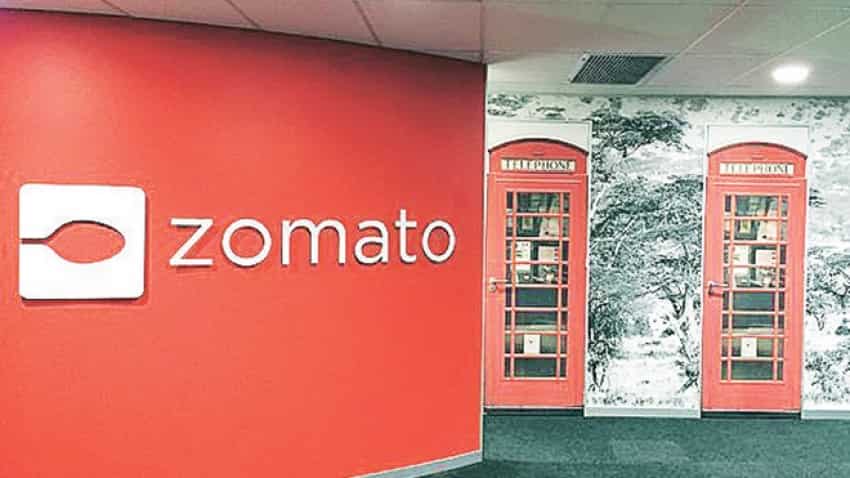 The online restaurant aggregators argue that they have created employment for thousands of people and must get support from the government. Image source: Reuters
Written By: IANS
Edited By: Harish Dugh
RELATED NEWS

The Department for Promotion of Industry and Internal Trade (DPIIT) officials on Thursday met representatives from online food delivery firms like Zomato and Swiggy and offline industry leaders and directed them to sit and solve their differences and boost equitable growth in the industry. The meeting was called to discuss issues such as deep discounting and opening up of private label brands by the online food platforms that has affected the operations of offline restaurants across the country.

Sources told IANS that both online food delivery platforms that also included Uber Eats and Foodpanda and the National Restaurant Association of India (NRAI) along with other offline hotels and restaurant associations gave their set of recommendations and justifications to the DPIIT officials on their concerns.

"No concrete solution was reached as of now and DPIIT told both the parties to work together and come up with a set of viable solutions," said a source.

A Swiggy spokesperson told IANS that the company has been at the forefront of building a sustainable food delivery ecosystem right from its inception.

"The discussion today with DPIIT was to bring all stakeholders on the same platform to address and clarify issues and work towards the overall growth of the industry," said the spokesperson.

"The meeting was also attended by other government agencies such as the Ministry of Road Transport and Highways and the Food Safety and Standards Authority of India (FSSAI), with everyone appreciating the phenomenal growth enabled by food aggregators using technology-oriented solutions," the spokesperson added.

Another grudge from offline restaurant owners is that food delivery platforms used technology to study dishes that their consumers like and created their own private labels along with deep discounting.

The online restaurant aggregators argue that they have created employment for thousands of people and must get support from the government.

According to a recent study by business consultancy firm Market Research Future, the online food ordering market in India is likely to grow at over 16 per cent annually to touch $17.02 billion by 2023.

The findings showed that 95 per cent of the respondents surveyed order food online, owing to promotional offers and discounts, while 84 per cent said it is hassle-free and time-saving.

"Swiggy remains committed to working closely with the government and other stakeholders in industry for the growth of the sector," said the company spokesperson. Zomato and Uber Eats declined to comment.