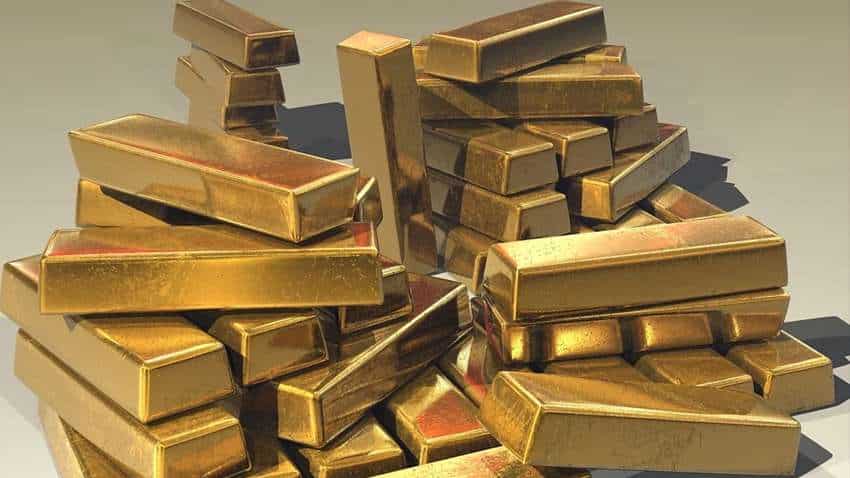 Sovereign Gold Bond 2020-21 is issued by Reserve Bank India on behalf of the Government of India. Pixabay pic.

"The nominal value of the bond based on the simple average closing price for gold of 999 purity of the last three business days of the week preceding the subscription period...Works out to Rs 5,334 per gram of gold," the RBI said. It further said the government, in consultation with the RBI, has decided to offer a discount of Rs 50 per gram less than the nominal value to those investors applying online and the payment against the application is made through digital mode. "For such investors, the issue price of gold bond will be Rs 5,284 per gram of gold," the central bank said.

-The central bank in April had announced the government will issue Sovereign Gold Bonds (SGBs) in six tranches beginning April 20 till September.

-Sovereign Gold Bond 2020-21 is issued by Reserve Bank India on behalf of the Government of India.

-The bonds are denominated in multiples of gram(s) of gold with a basic unit of 1 gram and the tenor of the SGB will be eight years with exit option after fifth year to be exercised on the interest payment dates.

-The minimum permissible investment will be 1 gram of gold and the maximum limit of subscription shall be 4 kg for individual, 4 kg for HUF and 20 kg for trusts and similar entities per fiscal (April-March).

The sovereign gold bond scheme was launched in November 2015 with an objective to reduce the demand for physical gold and shift a part of the domestic savings - used for the purchase of gold - into financial savings.