Over 8 lakh transactions done at ATM via credit cards, HDFC Bank, SBI sees most cash advances; Is it safe?

Surely, credit cards do help you in times of need when your salary does not stretch far enough, but they also give you sleepless nights when you fail to make timely repayments. 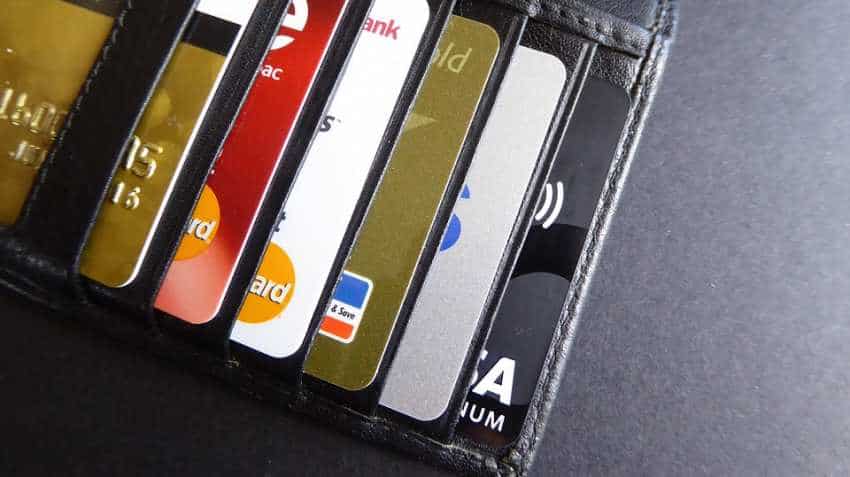 The Reserve Bank of India (RBI) recently released the data of credit card and debit card usage at ATM and POS machines. The numbers were presented for the July 2018 month, revealing some interesting facts and habits of a citizen while using credit cards especially at ATMs. This also comes as a cause of concern, as withdrawing cash using credit card is not entirely a wise thing to do. However, emergencies have their own role to play, but it is always advisable to avoid using credit cards at ATM. Surely, credit cards do help you in times of need when your salary does not stretch far enough, but they also give you sleepless nights when you fail to make timely repayments.

According to RBI data, number of outstanding credit cards as at the end of July stood at 40153868. Among these, a total of 804,212 transactions were made using credit cards at ATM amounting to Rs 3,723 million.

It was largest private lender HDFC Bank where the number ATM transactions using credit cards were highest at 182,882 worth Rs 988.5 million. This was followed by another largest lender state-owned SBI where about 133,257 transactions were made at ATMs totalling to Rs 503.8 million.

Axis Bank took third spot when it came to heavy usage of credit cards at ATM with 86,494 transactions amounting to Rs 357.3 million.

Interestingly, Ratnakar Bank (RBL) was one such bank to even surpass some major private lenders like ICICI Bank, Kotak Mahindra Bank, IndusInd Bank and Yes Bank, when it came to withdrawing cash using  credit cards through ATMs.

Furthermore, Citi Bank was another such bank to see credit card ATM transactions of somewhat 40,848 worth Rs 235.7 million.

This one should be taken very seriously. Always remember not to make cash withdrawal using credit cards, if you want cash then debit cards are what you should use.

For instance, HDFC Bank on its website mentions that cash advance charges (cash withdrawal at ATM using credit cards) is about 2.5% on amount withdrawn or Rs 300 whichever is higher. There is an initial interest rate at card issuance will be 3.4% per month which would be 40.8% per annum.

Let's understand to how will be trapped in the game of cash advances.

Let’s suppose you withdraw a cash of Rs 10,000 from an ATM on June 29, 2018, then your bill generation date of this card would on 1st of every month. An immediate transaction fee of Rs 300 would be deducted  along with service tax in this case let’s take 15% which would be Rs 38.

If you pay the amount on the same day on June 29, then only cash handling fees ranging from Rs 250-700 will be applied. No interest charge is applicable.

In case, you failed to clear the payment before the first billing cycle July 23, then 3.40% basic interest, along with compound interest penalty will be levied in the subsequent bill amount till the time final payment is received.

Generally, banks preset the withdrawal amount from an ATM using credit card. Most of the bank cap it between 30% to 40% of the card limit.

Just in case, if there is an emergency and no other option is left but to withdraw cash from credit cards, then always make sure to clear the debt amount as soon as possible. As interest rate will be charged on a daily basis, however, by making balance payment soon, the interest rate charged on balance outstanding will get lowered.

Apart from this, RBI data also highlighted that, about 14.500 crore transactions were made at Point of Sale (POS) using credit cards worth Rs 477,585 million.