Loan EMI Moratorium Latest News Today: It's an important development for those who have taken loans. 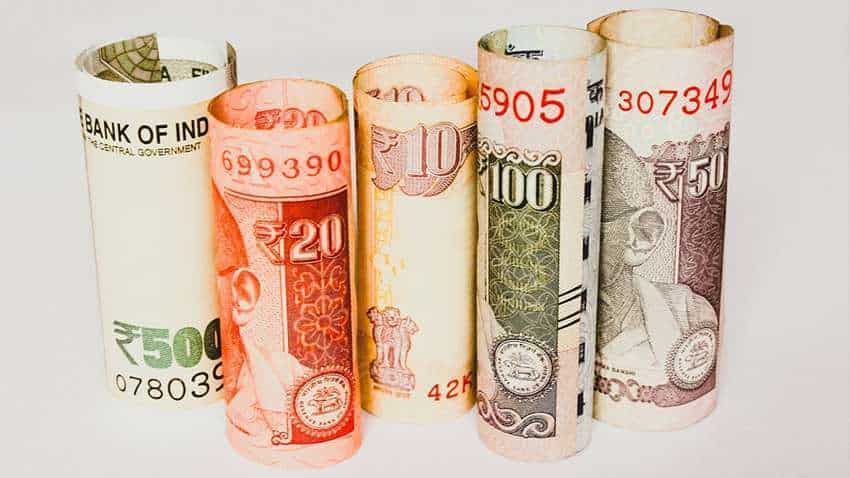 It's an important development for those who have taken loans. In a major development in the matter of loan EMI moratorium, the Centre has informed the Supreme Court that if it were to consider waiving interest on all the loans and advances to all categories of borrowers for the six-month moratorium period announced by RBI in view of COVID-19 pandemic, then the amount foregone would be more than Rs 6 lakh crore.

If the banks were to bear this burden, then it would necessarily wipe out a substantial and a major part of their net worth, rendering most of the lenders unviable and raising a very serious question mark over their very survival, it said.

Why waiver of interest was not even contemplated

A bench of Justices Ashok Bhushan, R S Reddy and M R Shah was informed by Solicitor General Tushar Mehta, appearing for the Centre, that this was one of the main reasons why waiver of interest was not even contemplated and only payment of instalments was deferred.

The top court is hearing a batch of pleas of various bodies including from real estate and power, seeking sector wise relief in view of the COVID-19 pandemic.

Reading from the written submission filed in the top court, Mehta said that if the interest is waived on all the loans and advances for the moratorium period, with regard to all classes and categories of borrowers, the amount to be foregone would be more than Rs 6 lakh crore.

"It is submitted that if the Government were to consider waiving interest on all the loans and advances to all classes and categories of borrowers corresponding to the six-month period for which the moratorium (deferment of payment of instalment) was made available under the relevant RBI circulars, the estimated amount is more than Rs 6 lakh crore," he said.

Giving an illustration, he said that in case of State Bank of India alone (which is the largest bank in the country), waiver of six months' interest would completely wipe out over half of the bank's net worth which has accumulated over nearly 65 years of its existence. Continued payment of interest (including interest on interest) to depositors is not only one of the most essential banking activities but is a huge responsibility that can never be compromised as most of the depositors are bound to be small depositors, pensioners etc. Surviving on the interest from their deposits," he said in his written submissions.

Mehta said that in the Indian banking system for every loan account there are about 8.5 deposit accounts and highlighted the various financial reliefs already granted by the Central government.

He said that going any further may be detrimental to the overall economic scenario, the economy of the nation or the banking sector may not be able to take the financial constraints resulting therefrom.

Mehta also pointed out the sector-specific relief measures taken by the Centre for the small and mid-sized business/MSMEs including from sectors such as restaurants and hotels. He said the Centre has promulgated emergency credit-linked guarantee scheme (ECLGS) of Rs 3 lakh crore providing additional credit at lower rate of interest, with 100 per cent government guarantee and no fresh collateral.

The scheme has been extended with higher financial limits to twenty seven COVID-19 impacted sectors including restaurant and hotel sectors, he added. He said that though it may not be possible to give the exact percentage of the borrowers who have not availed of the moratorium and have deposited instalments in time; approximately such class would be more than 50 per cent.

Mehta said that granting relief to distressed small borrowers, the Centre decided that the relief on waiver of compound interest during the six-month moratorium period shall be limited to the most vulnerable category of borrowers who availed loan up to Rs 2 crore. He said that RBI in its circular dated August 6 classified big borrowers (having the loan account of Rs 1500 crores and above0 and rest as not big borrowers. Mehta added that the customising the reliefs to individual borrowers can never be done either by the Ministry of Finance or by the RBI as it involves crores of borrowers and therefore, it can be done only by respective lenders.

He said that so far as big borrowers are concerned, the RBI appointed an expert committee under the Chairmanship of K V Kamath which segregated various sector borrowers into 26 categories and gave parameters within which banks were directed to restructure the accounts.

He added that various steps are taken by different ministers under the Disaster Management Act, as against the wrong notion of petitions that functions of all ministers are to be discharged by the National Disaster Management Authority (NDMA). "In other words, so far as the economic impact of the present disaster is concerned, it is essentially the function of the Ministry of Finance and RBI to take measures under Section 36 of the Act and the question of NDMA stepping in would not arise," his written submission said.

Commenting on the development, Sonam Chandwani, Managing Partner at KS Legal & Associates, said, "As the Supreme Court continues its hearing on a batch of petitions seeking interest waiver on loan moratorium granted by the RBI, a verdict in favour of interest waiver may test the resilience of financial institutions. The previously accorded Moratorium expired on August 31 so all accounts have been declared NPA ipso facto and this is a fact of prime importance. The moratorium was introduced to ease the financial woes within the country but an applicability of interest over interest may lead to graver consequences in future.

Further, Sonam Chandwani adds, "With the apex court hearing on a batch of petitions seeking interest waiver on loan moratorium granted by the RBI, an issue of whether the courts can decide upon legality and interdict the government’s key decision crops up. An usurpation of the playfield by either the executive, judiciary or legislative goes against the spirit of the Constitution. So policies can be scrutinized by the judiciary, however extra caution must be exercised as it amounts to intrusion into the domain of the executive. The role of judiciary during such intervention must be to uphold the rule of law and not to direct the executive or legislature about appropriateness of the action undertaken."

"The embargo on IBC provisions coupled with RBI declared moratoriums until 30 August accorded temporary relief for borrowers. However, loan repayments were only deferred under this scheme, not discounted or waived off. This lacuna subsisting in the Moratorium period effectuated by RBI is likely to witness grave consequences in future as opposed to its objective to ease financial hardships in a virus-induced depressionary period in the economy. Thus during this extraordinary situation, the doctrine of proportionality should be applied by taking into account the massive hit taken by the economy so as to return to normalcy," Sonam Chandwani concluded.