E-invoicing is a new reform which entails the generation of invoices in an electronic format, which facilitates machine readability across ERP and tax systems. 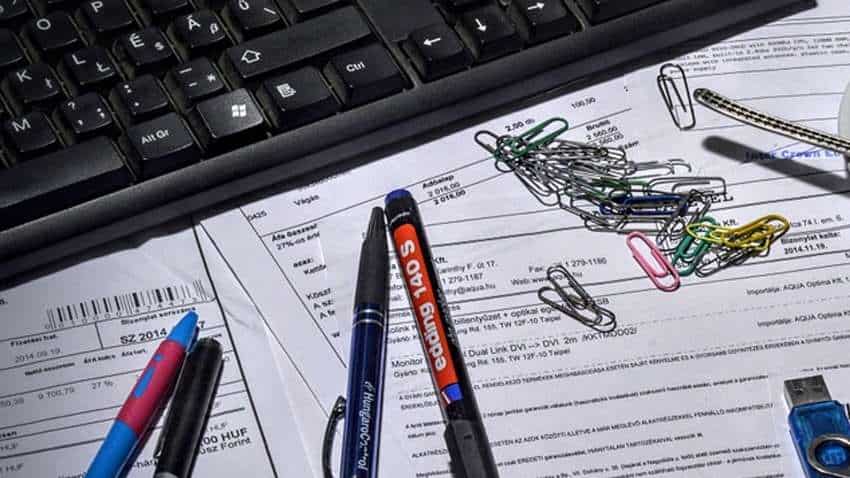 There are several validations that the IRP will run before it generates the IRN. Representational image from Pixabay.

E-invoicing is a new reform which entails the generation of invoices in an electronic format, which facilitates machine readability across ERP and tax systems. The government recently mandated the applicability of e-invoicing to businesses having a turnover exceeding Rs 500 crore. There are certain exemptions to this rule, such as goods transport agencies, banking and financial institutions, insurance companies, and SEZ units, among others. Archit Gupta, Founder and CEO - ClearTax, explains the different modes of generating the IRN under e-Invoicing:-

According to the new system of e-invoicing, taxpayers will continue to issue invoices on their own accounting and ERP systems. These invoices will need to follow the prescribed schema issued by the Goods and Services Tax Network (GSTN). The invoice format consists of certain mandatory and optional fields, and it caters to businesses from different industries.

Once the invoices are issued, they will need to be uploaded on the e-invoice portal using JSON format. This can be done either directly through system integration with the e-invoice portal or through an offline tool. The IRN is also known as ‘hash’, and is a 64-digit alphanumeric code, which is unique to each e-invoice. It is based on the supplier’s GSTIN, the document type, financial year and the invoice number.

The e-invoice portal, called the Invoice Registration Portal or IRP, will then validate the details in the invoice and generate an Invoice Reference Number (IRN). The taxpayer also has the option to fill up the IRN field while generating the invoice, based on the specified format, and the IRP will then validate the same. The IRP will then digitally sign the e-invoice and return the e-invoice, along with the QR code printed on it, to the taxpayer.

1. The data in the JSON file should be validated as per the latest e-invoice schema released by the GSTN.

2. B2C invoices will not be considered, and the APIs integrated with the ERP of the taxpayer should not consider this invoice type.

3. If the document number contains alphabets, the same should not be in lower case, failing which, the IRN request gets rejected. In addition, document numbers cannot start with 0, / and -.

4. Only one IRN can be generated per document. A duplicate request will not be considered for the same document number and document type.

6. The document date mentioned can only be for the same date, or a date prior.

7. There will be a validation done of PIN codes, against the states they belong to.

8. The place of supply and the supplier’s GSTIN (state code) will determine whether a supply is interstate or intrastate.

9. There need to be valid HSN codes mentioned for each item, with at least four digits. Each item should also have a valid Unit Quantity Code (UQC).

A GSP is a GST intermediary authorised to provide GST portal services. Taxpayers have the option to get their system integrated using APIs, through a registered GSP. The GSP needs to get registered on the e-invoice portal. If the GSP is the same one who was used for generating e-way bills on the e-way bill portal, then the same login credentials can also be used. A new API user will have to be created.

A taxpayer can get system integration done directly on their ERP systems, using APIs. If the taxpayer has already registered on the e-way bill portal, he can use the same login credentials. He will need to create a new API user. IP whitelisting will need to be done before starting the process of e-invoice generation. A list of production IPs will need to be submitted for verification, and the network team will scrutinise and whitelist the IPs.

A business need not get system integration done, in case its sister concern has already registered for APIs, and whitelisted their IPs. However, the IPs used by the concerned business and its sister concern should be the same. The same login credentials can also be used. However, a new API user will have to be created.

4 System integration using APIs, which has already been enabled for generating e-way bills

If a business has already integrated his system with APIs under the e-way bill system, he can use the same login credentials for e-invoicing. The whitelisted IPs for the purpose of e-way bills can be used to access the e-invoice portal. No further steps need to be carried out.

Before the taxpayer is able to generate e-invoices, he will need to get his system integration tested in a sandbox environment, on the dedicated government portal for this purpose.

Besides the API-based methods, taxpayers can generate e-invoices using the offline tool available, to upload invoices in bulk. The taxpayer will need to visit the e-invoice portal and select the ‘Bulk IRN option’. Thereafter, he can upload the requested file and generate IRNs for the relevant invoices. In the case of errors in the invoices that have been requested, those invoices can be corrected, and a request can be made again.

Taxpayers will also be able to directly generate invoices on the e-invoice portal, similar to the e-way bill system. However, this facility has not yet been enabled. There will be a mobile app-based facility to generate e-invoices as well. This will not be introduced in the first phase of e-invoicing but at a later date.