Make the hay while the Sun shines! You may have heard or read this saying a million times. But did you really ever try to do so, literally? Some of those who did became billionaires. 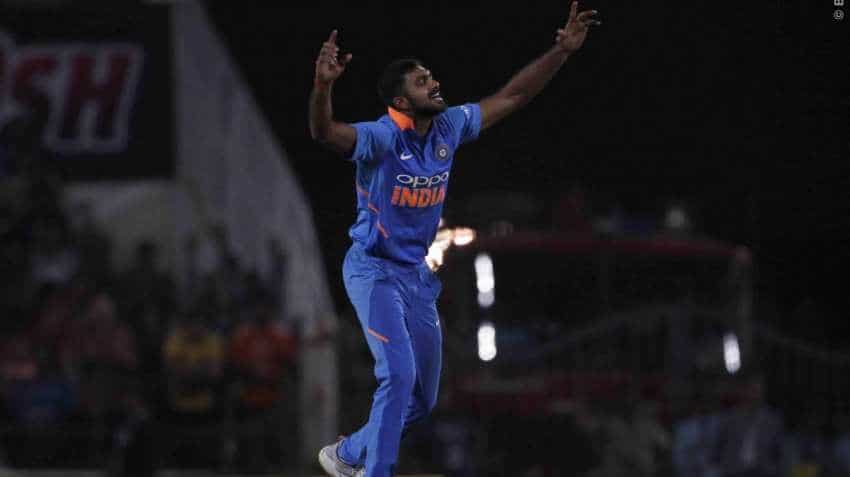 Make the hay while the Sun shines! You may have heard or read this saying a million times. But did you really ever try to do so, literally? Some of those who did became billionaires. The Warren Buffets and Rakesh Jhunjhunwalas of the world were not born in a day. Rather, they have evolved - by excelling at every little opportunity the life has thrown at them - by making the hay whenever the Sun shined. The incredible journey of cricketer Vijay Shankar in the last four months is also a perfect example of how success comes to those who make the most of every little opportunity. You may have forgotten that Shankar was called up in Team India as a replacement of Hardik Pandya in January this year when the latter was suspended over some controversial remarks on a television show. Interestingly, Pandya had replaced an injured Shankar in India A squad to Australia around three years ago and went on to cement his place in the senior India team.

Within four months of getting a chance of playing for India, Shankar has made it to the World Cup team where he will travel alongside Pandya.

In his first outing for team India around 10 months ago, Shankar had failed to make a mark. But since January this year, he has shown determination, earning the trust of the selectors by consistently making small but valuable contributions to the team with both the bat and the ball. For investors, small contributions on a regular basis pay well in the long run.

Making the most of the given opportunity is the key differentiator between success and failures. This applies not just to cricketers but investors as well. Even big bull Rakesh Jhunjhunwala says the first thing investors should look at is "opportunity". The 'Oracle of Omaha' Warren Buffet says big opportunities in life must be seized, always.

"We don’t do very many things, but when we get the chance to do something that’s right and big, we’ve got to do it. And even to do it in a small scale is just as big of a mistake almost as not doing it at all. I mean, you really got to grab them when they come. Because you’re not going to get 500 great opportunities," Buffet is quoted as saying by Vintagevalueinvesting.com during a lecture at University of Georgia business school in 2001.

“Opportunities come infrequently. When it rains gold, put out the bucket, not the thimble,” Buffet is quoted as saying famously at some other place.

An opportunity makes it possible to do something. If you are also an aspiring investor, your opportunity may be here, right now. Seize it.