Trade unions including RSS-backed Bharatiya Mazdoor Sangh (BMS) have lodged their protest against the Finance Ministry's decision of lowering the interest rate approved by the Central Board of Trustees (CBT). 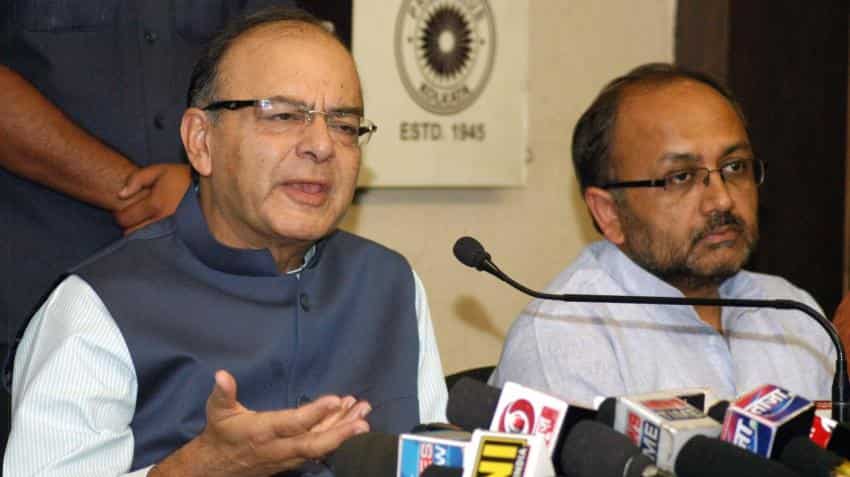 As against the decision of the Labour Minister-headed Central Board of Trustees' (CBT) to provide 8.8% rate of interest on Provident Fund (PF) deposits for 2015-16, the Finance Ministry has approved 8.7% interest rate, which has implication for over five crore subscribers of the Employees' Provident Fund Organisation (EPFO).

"The (EPFO's apex decision-making body) CBT, at its meeting held in February 2016, had proposed an interim rate of interest at 8.8% to be credited to the accounts of Employees Provident Fund (EPF) subscribers for 2015-16. The Finance Ministry has, however, ratified an interest rate of 8.7%," Labour Minister Bandaru Dattatreya said in a written reply to the Lok Sabha on Monday.

Trade unions including RSS-backed Bharatiya Mazdoor Sangh (BMS) have lodged their protest against the Finance Ministry's decision of lowering the interest rate approved by the CBT.

"BMS strongly condemns the cut in EPF interest rates and will hold demonstrations at EPF offices on April 27," BMS General Secretary Virjesh Upadhyay said, adding the Fund is managed by the CBT, an independent and autonomous body.

Echoing similar views, Indian Trade Union Congress Vice President Ashok Singh said, "It is wrong. When the CBT agreed on 8.8%, who is Finance Minister Arun Jaitley to interfere in it."

He argued, "The government does not provide any monetary support to Employees' Provident Fund Organisation (EPFO) and it is the workers' money. Thus, the government has no right to interfere in this. We will strongly protest it and it will also be an issue in the Bharat Bandh on September 2."

Commenting on the Finance Ministry's decision, All India Trade Union Congress General Secretary Gurudas Dasgupta said, "It is a gross interference by the Finance Ministry undermining the interest of workers. This unilateral decision will seriously affect the quality of life of retired people."

He added, "It is anti-workers and anti-people. It is highhandedness of Finance Minister Arun Jaitley. We will protest against it and there will be agitation and strikes."

Expressing similar views, All India Trade Union Congress Secretary and an EPFO trustee D L Sachdev said, "This is an undue interference in the working of the EPFO. It is not acceptable. If the Finance Ministry interferes with the working of the workers' organisation then what is the status of the CBT. We strongly condemn this."

This is probably the first time that the Finance Ministry has not given concurrence to the rate of interest on EPF as decided by the CBT, which is headed by the Labour Minister.

The latest move comes on the heels of the government withdrawing two proposals pertaining to EPF. Buckling under pressure, the government rolled back its move to tax EPF as well as tighten withdrawal norms.

Its estimates worked out in September, projected that the body can easily pay 8.95% rate of interest as it would leave a surplus of Rs 100 crore.

The EPFO pays rate of return to its subscribers on the basis of returns it generates from its investments.

However, despite the employees representatives' demand for 9% rate of interest for the fiscal, the CBT at its meeting held on February 16 decided to provide an interim interest rate of 8.8% for 2015-16.

Later, Dattatreya had assured that the Employees' Provident Fund Organisation (EPFO) will not revise its interim interest rate of 8.8% downward for 2015-16.

On the interim announcement, he had said the prevailing situations need to be analysed and after that the CBT will again meet in future to decide the interest rate.