With this, ATM transaction becomes more and more secure. 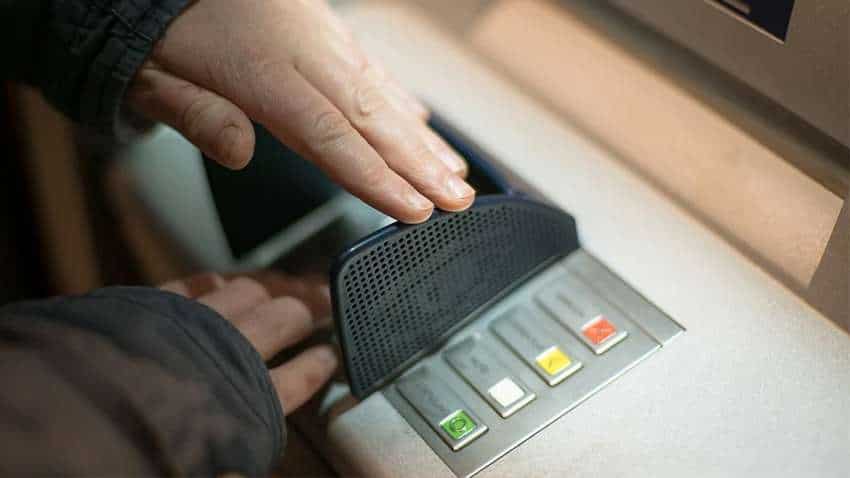 The mid-sized private sector lender has upgraded all its 1,500-odd ATMs to allow this facility, the bank has said.

This is an initiative driven by the National Payments Corporation and with this UPI-based, dynamic QR code-based interoperable cardless cash withdrawal facility, one can take out money from any ATM of any bank if they are upgraded.

Stated differently, this a forward step from using UPI app on the mobile phone to any ATM but sans any cards, Navroze Dastur, the managing director for India and regional vice-president for SE Asia at NCR Corporation, told PTI on Wednesday.

Currently, as in the case of UPI, the withdrawal is capped at Rs 5,000, he said, but added that since it is UPI-based it does not need any additional regulatory or NCPI permission as it is an extension of the UPI app only.

"What we have done is that we upgraded the existing software to allow this mode of transaction on existing ATMs of City Union Bank. There is no hardware upgrade or change," Dastur said, and added that depending on the demand, all the ATMs can be upgraded to allow this facility.

"We have partnered with NCR to deliver ICCW solution that will enable us to deliver this next-generation solution to our customers which will allow them card-less cash withdrawal using UPI QR code at our ATMs," N Kamakodi, the managing director of City Union Bank told PTI.

"We are the first bank to go live with this solution across all our 1,500 ATMs," he added.

Dastur said, NCR and NPCI are in final stage of discussions with some public and private sector banks and a formal association with them will be announced shortly.

This is a forward step to digitize even cash transactions on ATMs which was otherwise just a traditional channel.

With this, ATM transaction becomes more and more secure since the mobile becomes a real wallet, Dastur said, adding with this consumers can now withdraw cash using their mobile with any UPI enabled app such as BHIM, Paytm, GPay etc.

When asked how card companies like Visa and Mastercard would react to this, Dastur said they cannot oppose it as the underlying instrument is still a Rupay/Visa/Mastercard. So they will continue to earn their fee income as even now all transactions are routed through the NFS platform of the RBI and this too be so. The only difference is that if its adoption gains popularity among banks, there may not any need to print the cards any longer as this is based on a digital debit card.

This is a true digital transaction that not only is interoperable but does not depend on any card, he added.

This development will enable customers to operate on any bank ATM that's participating in the UPI under NPCI NFS network, making it a truly interoperable cardless cash withdrawal transaction.