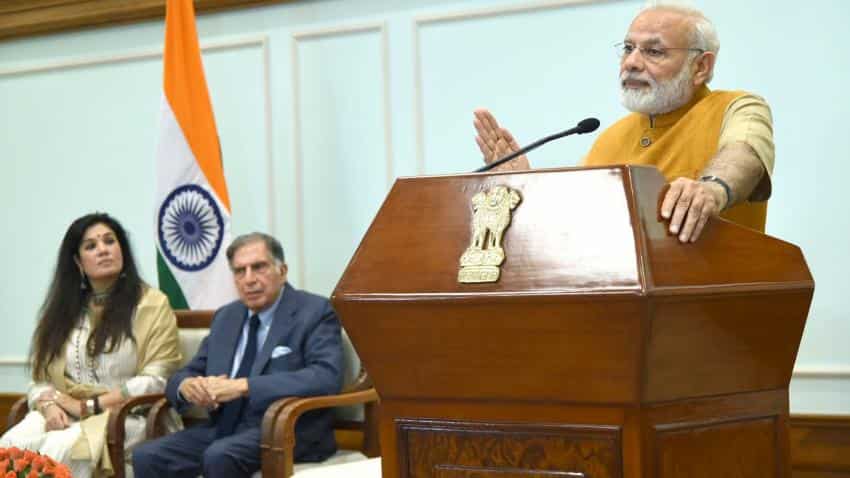 India is "thinking big and moving big" to catch up fast in development as it lags behind its giant neighbour China, offering tremendous opportunities to a country like the US, American lawmakers have been told.

"India is moving quite quickly in a number of areas as well, again, on renewable energy, which is kind of a golden thread running through this hearing. India is thinking big and moving big," Robert Orr, professor and dean, University of Maryland, School of Public Policy, told lawmakers during a Congressional hearing.

"They have big goals on solar and wind. They are meeting them. They are surpassing them. And they will keep attracting investment, both domestic and international. Their smart cities initiative of the Prime Minister has many components. But I think it's a strategic vision that is both at once developmental and economic," Orr said in response to a question during a hearing on US Leadership in Asia-Pacific organised by the Senate Foreign Relations Subcommittee on East Asia.

Orr said he had visited India last year with the former New York Mayor Michael Blomberg and met with a number of the top business leaders in India, talking with them about what they were going to be doing in the climate and energy space.

Virtually, the head of every conglomerate in India, whether or not they are coal-based, oil-based or anything- else-based are making investments now in this sector, he said.

"So, while I described China as putting these huge dollars, $360 billion over the next four years, India is going to be mobilising a lot of internal capital in this," Orr said, adding that the race is on between India and China in the energy sector.

"It is something that the United States has a technological lead, has a potential market that we could be extremely competitive globally. But right now, we're not making the decisions we need to compete with these giants," Orr told lawmakers.

Noting that the Indians are coming from a lower baseline in terms of their economic development, he said Indian leaders know they have a lot of catching up to do.

"They are being quite strategic in certain sectors. They're heavily dependent on the IT sector. Just in my role as dean of the School of Public Policy, I've been engaging with a number of Indian officials," he said.

"They are extremely interested in cyber security right now. This is important to them. They see this as important to their key industries. They know they're lagging behind. So I think you see a strategic intent on the part of the Indian government like the Chinese government," Orr said.