Traditional bull-taming sport `Jallikattu` on Thursday began at Avaniyapuram in Madurai with certain restrictions amid the COVID-19 outbreak. 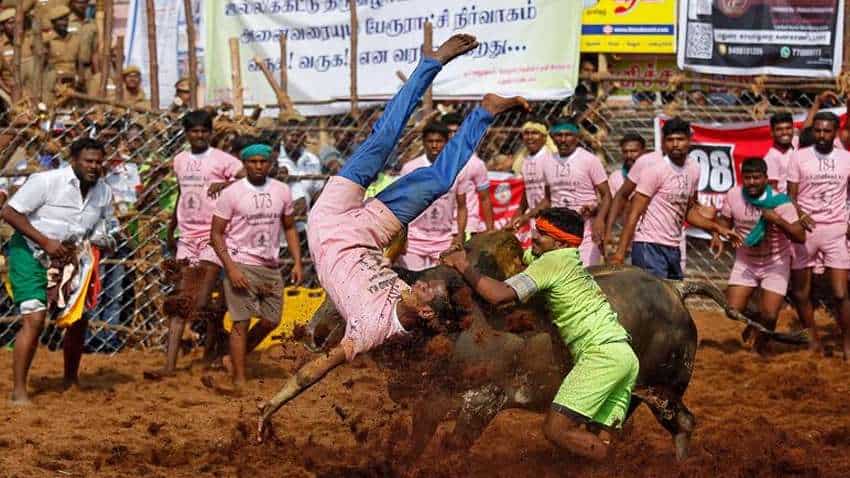 Traditional bull-taming sport `Jallikattu` on Thursday began at Avaniyapuram in Madurai with certain restrictions amid the COVID-19 outbreak.During an event in Avaniyapuram, people in the crowd were seen wearing face masks in the view of COVID-19.

As per the directive, the number of players cannot be more than 150 at an event and COVID-19 negative certificates have been made mandatory for players.

The number of spectators has also been restricted to 50 per cent of the gathering.

The Supreme Court (SC) in 2014 banned `Jallikattu` after a plea was filed by the Animal Welfare Board of India and the People for the Ethical Treatment of Animals (PETA) but the state government insisted that Jallikattu was a crucial part of its culture and identity.

The ban was later lifted in January 2017 with an amendment to the law after massive protests in Chennai.