Most big Russian oil firms pulled out of Crimea after Washington imposed sanctions over Moscow`s annexation of the region from Ukraine in 2014 and threatened to put any company operating on the peninsula on its list of sanctioned entities. 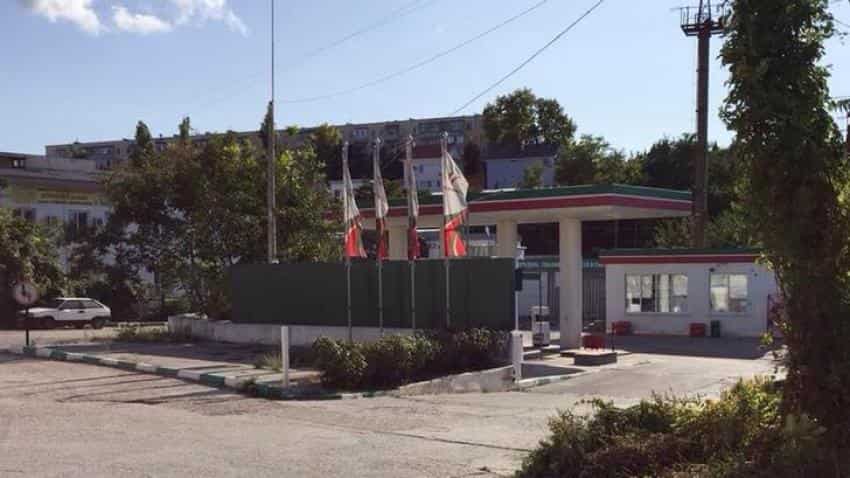 A general view shows a fuel station, which is operated by a company controlled by Tatneft units, in Sevastopol. Image source: Reuters

One of Russia`s biggest oil companies, Tatneft, has been doing business in Crimea despite the risk of being placed on a U.S. sanctions blacklist, according to company documents and a source close to Tatneft.

Most big Russian oil firms pulled out of Crimea after Washington imposed sanctions over Moscow`s annexation of the region from Ukraine in 2014 and threatened to put any company operating on the peninsula on its list of sanctioned entities.

But a company called ZAO firma KONTs that operated a fuel station in the Crimean city of Sevastopol until at least September is controlled by units of Tatneft, according to ownership records in the state tax registry and the state statistics service that were collated by the Russian database SPARK.

In addition, a document dated Sept. 4 that was seen by Reuters at the Sevastopol fuel station stated the fuel on sale there had been supplied by Tatneft-AZS-Yug, which is listed in the official register of the tax service as a wholly owned subsidiary of Tatneft.

By late November, documents issued by the fuel station showed KONTs was no longer the owner, and there was no ownership link between Tatneft and the new owner. Reuters was not able to establish whether a Tatneft subsidiary was still supplying the fuel.

Tatneft said in a Sept. 18 statement to Reuters that it has no fuel stations in Crimea and cannot control where fuel products it sells end up. Tatneft "does not supply (its own or anyone else`s) fuel to Crimea or Sevastopol," it said.

Calls to a telephone number listed for KONTs went unanswered. A Reuters reporter who visited the Moscow address where the firm is registered found no sign of the company.

A security guard at the Moscow address said KONTs had never had an office there though a letter, he said, had once arrived addressed to the firm. Tatneft had an office in the same building until a year ago, he added.

Tatneft AZS-YUG, which is based in the Krasnodar region of southern Russia, did not respond to a request for comment.

SANCTIONS AND THEIR ENFORCEMENT

Tatneft`s presence in Crimea would give the U.S. Treasury Department legal grounds to include it on a list of companies which U.S. entities are forbidden to do business with, according to two Moscow-based lawyers who specialise in sanctions law - one of them with an international law firm and another with a Russian law firm.

The U.S. Treasury Department, whose Office of Foreign Assets Control enforces sanctions, declined to comment on Tatneft’s presence in Crimea and any implications for companies that do business with Tatneft.

Non-U.S. companies that have assets within U.S. jurisdiction and are deemed by Washington to have helped evade sanctions can themselves be subject to punitive measures, according to several U.S. and Russian lawyers who specialise in sanctions. Those could range from fines to inclusion in the sanctions list.

Tatneft has commercial relations with companies including global oil trader Vitol, and Polish firms PKN Orlen and Lotos, according to public documents and oil traders. Reuters has found no evidence that Tatneft has any business with, or plans to do business with, U.S. entities.

Tatneft`s case highlights a gap between sanctions and their enforcement, showing that not all firms that do business in Crimea are blacklisted by Washington, either because officials are unaware or because they choose not to act.

Vitol, which traders say buys crude oil from Tatneft, said its dealings with clients were confidential but it has policies to ensure it complies with "all relevant regulations and legislation", including sanctions, wherever it operates.

PKN Orlen told Reuters it has a contract to buy oil from a Tatneft unit but considers possible geopolitical risks, and ways to minimise them, when concluding all trade agreements.

Lotos buys crude from Tatneft, according to a senior Lotos source and traders. A Lotos spokesman said the company does not comment on its trade relations or speculate on future events. A Lotos source who asked not to be named said the firm was aware of Tatneft`s Crimea operation and potential risks stemming from the sanctions.

The Tatneft logo is on a sign outside a fuel station on Belkin Drive, a street near the centre of Sevastopol.

A Reuters reporter who bought fuel at the station on Sept. 8 was issued with a till receipt in the name of KONTs which included the firm`s tax identification number.

According to other official data collated by SPARK, from the state statistics service, KONTs is 100 percent owned by Fin-Invest, a company controlled by firms listed as Tatneft-Aktiv, Processing Centre and Tatneft-AZS-Tsentr.

The source in Tatneft, who spoke on condition of anonymity, said of the fuel station that it “officially does not belong to Tatneft, so as not to fall under sanctions, but de facto it`s entirely Tatneft." The source did not explain the difference between official ownership and de facto ownership.

Tatneft`s headquarters are in Russia`s Tatarstan region, which holds a 35.93 percent stake in the company.

Tatarstan`s president, Rustam Minnikhanov, chairs Tatneft board meetings but the region`s presidential administration said it did not make decisions about Tatneft`s operations.

It also said Tatneft did not now, or in the past, own fuel stations in Crimea and that the company had ended its presence in Crimea in 2013.

A female member of staff at the Sevastopol fuel station showed the Reuters reporter who visited it a document called a "fuel passport" detailing the origin of the fuel on sale there.

The document stated the fuel had been supplied by Tatneft-AZS-Yug, the firm listed by the tax service as a Tatneft unit.

On a second visit to the Sevastopol fuel station on Nov. 27, after Reuters contacted Tatneft seeking comment for this article, KONTs` name had been removed from the till receipt and replaced with a company called OOO Resurs-A. The Tatneft branding was still on display at the station.

At the address in Sevastopol where Resurs-A is officially listed, there was no sign of the company. Employees of other firms based there had not heard of it.

Tax registry records displayed in the SPARK database and current as of Dec. 1 identified the ultimate owner of Resurs-A as Sergei Kucheryavenko, who is listed as a director or owner of 319 companies in Russia. No telephone number or address was listed for him.

One of the firms via which, according to the same records, he controls Resurs-A is registered in Tatarstan`s capital, Kazan.

The firm, Restor, had no contact telephone number. Reuters sent an email seeking comment to the address listed for the company in the tax registry records but there was no reply.

Tatarstan has ethnic ties to Crimea’s Tatars, a large ethnic minority. After Moscow annexed the region, the Russian government ordered several Russian regions to sponsor regions in Crimea, among them Tatarstan, according to the Tatarstan regional government’s website.

At a meeting on April 1, 2014, Russian President Vladimir Putin told Minnikhanov he wanted Tatarstan to help rebuild Crimea’s infra-structure. Minnikhanov replied: “We’re ready to stand with you,” according to a Kremlin transcript of the meeting.

The Kremlin did not respond to a request for comment.