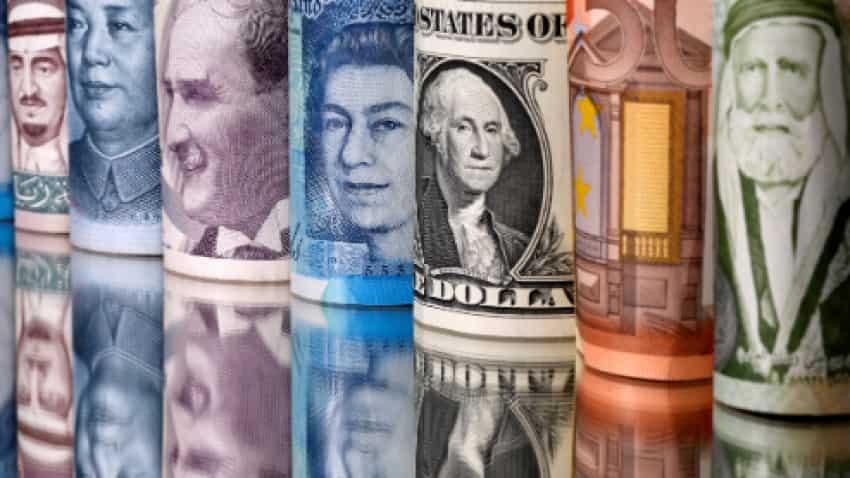 Gold posted its best week in eight even after paring gains, while the yen advanced sharply before also retreating a bit. Yields on the 10-year U.S. Treasury note rose slightly, stuck in a narrow trading range it has held for three weeks.

How Americans feel about the pandemic when they vote on Nov. 3 could determine the election`s outcome, and that is highly unusual, said Michael Arone, chief investment strategist for the U.S. SPDR business at State Street Global Advisors in Boston.

"Today`s news demonstrates a bit of a weakness in terms of the Trump re-election campaign," he said. "The range of outcomes has expanded and some of the more extreme outcomes have increased in probability, and markets certainly don`t like that."

How long risk-aversion will last depends on the extent of the infection within the White House, said Francois Savary, chief investment officer at Swiss wealth manager Prime Partners.

"It will weigh on the market today and early next week but will not induce a long-lasting correction if the infection is contained to Trump," he said.

The Labor Department`s closely watched employment report on Friday was the last before the presidential election.

September`s employment gains were the smallest since the jobs recovery started in May and left the U.S. labor market a long way from recouping the 22.2 million jobs lost in March and April, indicating slower growth heading into the fourth quarter.

But both Arone and Steven Ricchiuto, U.S. chief economist at Mizuho Securities USA in New York, said the loss of government jobs, mostly seasonal in education, pulled numbers lower while the private sector`s gains were above overall expectations.

"The net result is the seasonal factors pulled down the state and local portion, very, very dramatically, in particular in the education area," Ricchiuto said. "The private sector component, however, continues to improve at a healthy pace."

"Those job losses on the government side are real, don`t get me wrong. But overall the private sector seems to be hanging in there pretty well," he said.