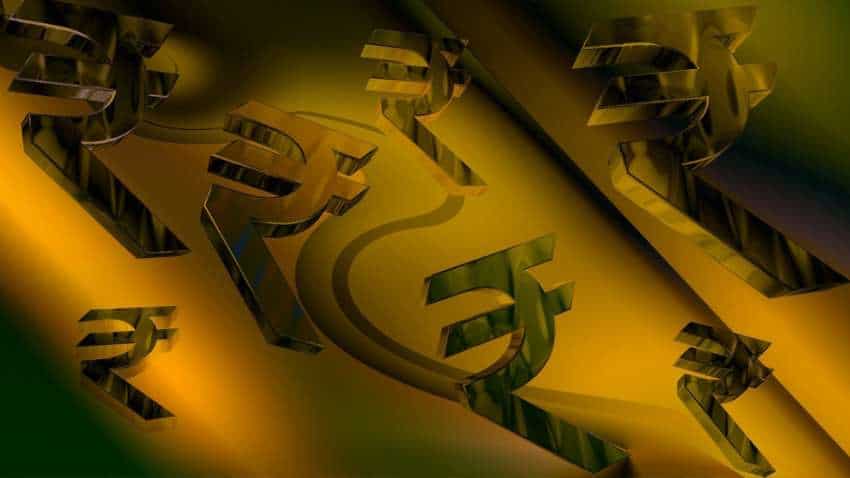 The strengthening of rupee is linked to strong portfolio inflows and a strong recovery in the stock markets from its March lows. IANS pic.

A liquidity gush in the stock markets powered rupee to break the 74-mark as it ended at 73.80 to a dollar, making it the strongest currency in the past three months, closing at a five-month high.

The strengthening of rupee is linked to strong portfolio inflows and a strong recovery in the stock markets from its March lows.

While economic activities have been disrupted due to the Covid-19 pandemic and economic indicators are still recovering, contrary to that reality, the stock market is galloping.

The rupee has recovered 3.43 per cent from an all-time low of 76.91 registered in April, but is down 4.03 per cent against the US currency so far this year.

Along with the stock market indices, fund raising remains strong with a number of companies tapping the markets to raise money during and after the lockdown.

The foreign institutional investors (FIIs) have also bought the India story now. During the panic in March, FIIs sold shares worth Rs 65,000 crore, which has now turned positive as during May-August, they bought shares worth Rs 75,000 crore with a massive buy of Rs 37,000 crore in August alone.

Chandan Taparia, Derivative and Technical Analyst, Motilal Oswal Financial Services, said that Nifty settled the August series on a positive note with series to series gains of 4.12 per cent at 11,559 levels.

During the series, the index managed to hold 10,900-11,000 zones and gradually headed towards 11,600 zones. Nifty continued its positive series to series momentum for the third series in line with the buoyancy of June and July series.

"Volatility continued its downward move for the fifth consecutive series which is supporting the bullish view with buying interest on any small declines in the market," Taparia said.

"The major trend of the Nifty is positive as it has been making higher top, and buying interest on declines could support it to commence the next leg of the rally. Now, it has to continue to hold above 11,450 zones to witness an upward move towards 11,750 and 12,000 zones while on the downside, medium term support is seen at 11,300 zones," he added.

Foreign brokerage Nomura said in a recent report that the slowing pace of economic recovery suggests that the recovery in some sectors may plateau much before pre-pandemic levels are reached.

"We also find that the sequential pace of normalisation is moderating, suggesting that some sectors may plateau much before they reach their pre-pandemic levels," Nomura said in the report.

As per the Nomura India Normalisation Index (NINI), normalisation indices across sectors continued to inch higher in July, suggesting that post-lockdown recovery progressed in early Q3.

However, the recovery remains uneven with a faster rise in supply (vs demand),
rural consumption (vs urban) and industrial sector (vs services).

"Our weekly tracker of the pace of activity normalisation flat-lined at 73.4 for the week ending August 23, still above July's levels, but underlining the slower pickup once post-lockdown euphoria eases," Nomura said.

According to Pranav Haldea, Managing Director, Prime Database Group, "FPIs are the largest non-promoter shareholders in the Indian market and their investment decisions have a huge bearing on the stock prices and the overall direction of the markets. It is thus time that complete details of all their holdings are made mandatory to be disclosed in India."

According to a report by Prime Database, net outflows by domestic mutual funds stood at Rs 1,944 crore during the quarter ended June.

According to Haldea, this was on account of the recovery in the stock market during
the quarter after the steep correction witnessed in March due to the coronavirus pandemic.

However, institutional money continues to incrementally get more concentrated to the top 10 per cent companies by market cap, reflecting a heightened risk-off environment.

Education abroad: How students, parents can finance education when rupee at its low, expert says this

Rupee faces risk of decline to 83-84 against American dollar: Know what analysts say

Explainer: What is Bond ETF and how it works?