Government agencies have procured over 197 lakh tonnes of paddy so far across the country which is over 23 per cent higher than corresponding last year's figure. 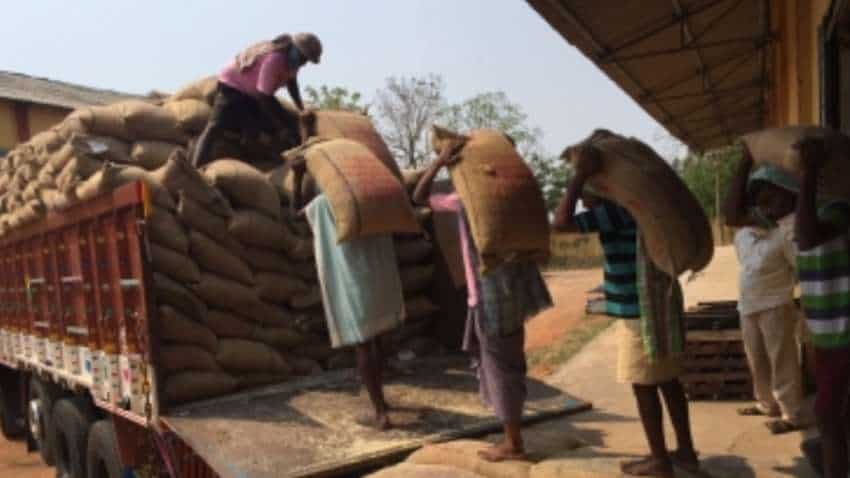 Government agencies have procured over 197 lakh tonnes of paddy so far across the country which is over 23 per cent higher than corresponding last year's figure.

Paddy procurement for Kharif 2020-21 is in progress in the states and UTs of Punjab, Haryana, Uttar Pradesh, Uttarakhand, Tamil Nadu, Chandigarh, Jammu & Kashmir, Kerala and Gujarat.

The agencies engaged in procurement process in these states have purchased over 197.19 lakh tonnes of paddy till October 30, in the current Kharif Marketing Season (KMS) against the last year corresponding purchase of 159.76 lakh tonnes which shows an increase of 23.43 per cent over last year, said Union Ministry of Consumer Affairs, Food & Public Distribution in a statement on Saturday.

Out of the total purchase of 197.19 lakh tonnes, Punjab alone has contributed 136.47 lakh tonnes which is 69.21 per cent of total procurement said the statement.

About 16.62 lakh farmers have already been benefitted from the ongoing KMS procurement Operations with MSP value of Rs 37,230.35 crore, said the Ministry.

The government through its nodal agencies has also procured 7,966.63 tonnes of Moong, Urad, Groundnut Pods and Soyabean having MSP value of Rs 45.51 crores benefitting 4,811 farmers in Tamil Nadu, Maharashtra, Gujarat and Haryana.

Similarly, 5,089 MT of copra (the perennial crop) having MSP value of Rs 52.40 crore has been procured benefitting 3961 farmers in Karnataka and Tamil Nadu.

In respect of Copra and Urad, rates are ruling above MSP in most of the major producing States, said the statement. The respective state/UTs governments are making necessary arrangements for the commencement of procurement from the date as decided by the respective states based on the arrivals in respect of Kharif Pulses and oilseeds.

Procurement operations of seed cotton (Kapas) under MSP are going on smoothly in the States of Punjab, Haryana, Rajasthan Madhya Pradesh and Telangana and a quantity of 60,3711 cotton bales valuing Rs 1,76,068 lakh has been procured benefitting 1,14,376 farmers till October 30, as per the statement.