Already, Rs 3-4 per kg reduction in edible oil prices has been passed on to consumers with the recent measures taken to improve the domestic availability and check price rise, it said. 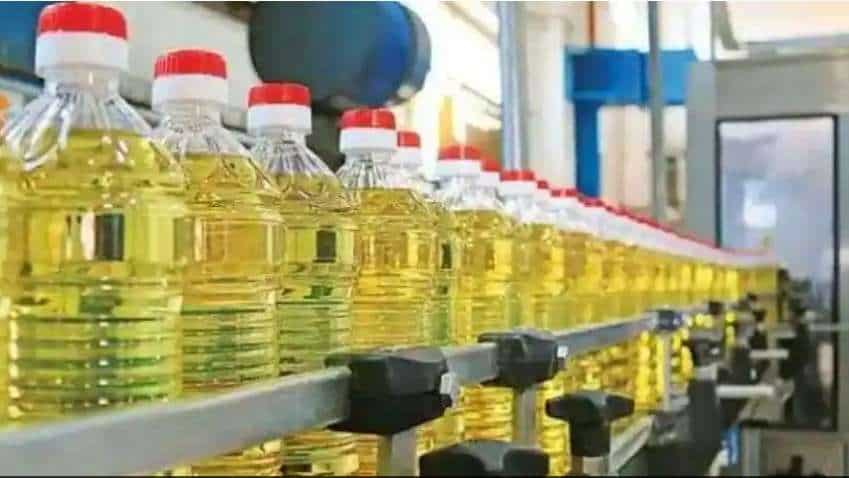 About Rs 3-4 per kg reduction on retail prices of edible oils could not have happened had the government not intervened with proactive steps, he said.

The Centre on Friday said it was hopeful that key oilseeds and edible oil-producing states will start imposing stock limits from the next week, which will further help in cooling down their prices and give relief to consumers during the festival season.

Already, Rs 3-4 per kg reduction in edible oil prices has been passed on to consumers with the recent measures taken to improve the domestic availability and check price rise, it said.

"Despite international commodity prices being high, interventions taken by the central government along with state governments' proactive involvement have led to cooling down of prices in India much more than the international market," Food Secretary Sudhanshu Pandey said in a press conference.

About Rs 3-4 per kg reduction on retail prices of edible oils could not have happened had the government not intervened with proactive steps, he said.

"Edible oil prices are higher than the year-ago period but from September onwards, there was a declining trend," said Pandey adding that the recent steps taken will further start showing the impact on rates.

Asked if any state has imposed stock limits on edible oils or oilseeds, the secretary said: "Now, (self) disclosure is happening. States are discussing with edible oil processors and traders, and we are hopeful that stock limits will be imposed from next week onwards. The Centre does not want to impose stock on its own, the reason is that few states produce oilseeds and others depend on imported edible oils, he said.

"We are taking data of importers from DGFT but exporters have been kept under self-disclosure and not under the stock limit, so that there is no impact on prices."Now, the states have got clarity and can impose stock limits based on their earlier orders in which quantity was specified," he said.

Between 2011 and 2018, states had imposed stock limits on edible oils or oilseeds on their own considering the ground situation, he added.

Pandey further said the states have been asked to enforce the Essential Commodities Act, impose stock limits and take action against violators."In the coming weeks, we will impress on states to enforce this," he added.

However, the government is taking steps to improve the production of secondary edible oils, especially rice bran oil and reduce dependence on imports.There is a potential to increase production of rice bran oil to Rs 18-19 lakh tonnes from the current level of 11 lakh tonnes, he said adding that states like Andhra Pradesh, Madhya Pradesh and Uttar Pradesh have committed to set up rice bran plants.

To check the prices of edible oils, the government has rationalised import duties on palm oil, sunflower oil and soyabean oil. It has suspended futures trading in mustard oil on the NCDEX and imposed stock limits, besides launching a web portal for self-disclosure of stocks of oilseeds and edible oils.So far, 2,000 stakeholders like refiners, millers, solvent extractors and wholesalers have registered on the portal and are uploading the stock regularly.