Technically, the Nifty50 has continued the breakdown of the Head & Shoulder pattern after retesting the neckline, which indicates bearishness in the index, Sachin Gupta, AVP, Research at Choice Broking – said in an interview. 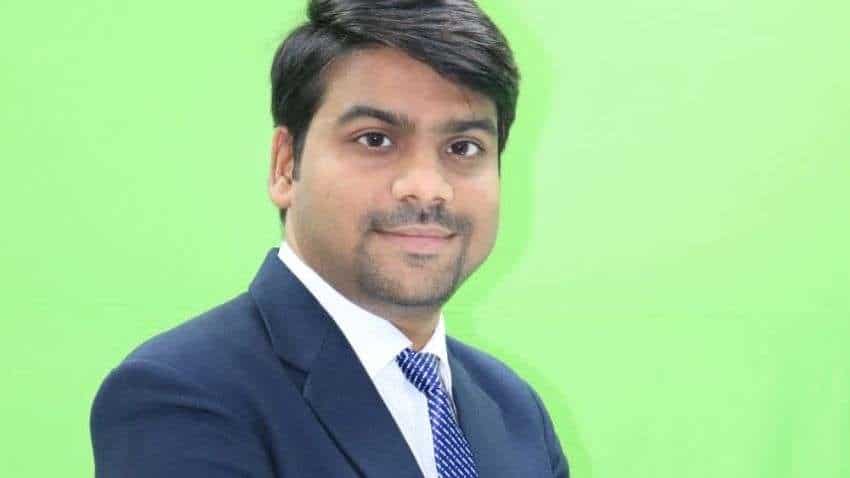 Technically, the Nifty50 has continued the breakdown of the Head & Shoulder pattern after retesting the neckline, which indicates bearishness in the index, Sachin Gupta, AVP, Research at Choice Broking – said in an interview with Zeebiz’s Kshitij Anand. Edited excerpts:

Q) Markets closed the week with a freaky Friday. What led to the price action in the week gone by?

A) The benchmark index plunged nearly 3% as a new variant of COVID raised concerns over the globe. Overall, the bears were driving the market throughout the week as there was a heavy correction in both indices.

On the sectoral front, all the sectors ended in the red zone, the auto sector saw the highest loss of 8.4 per cent followed by the Realty and PSU Bank sector, which lost 6 per cent.

While there was good action in some defensive stocks like Vedanta, Indiabull Housing saw more than 14 per cent gains, ZEE, and Cipla have also contributed 9 per cent gains over a week.

For the coming week, the Pharma stocks could be a good bet for the traders.

Q) What does the data for the November expiry tell you about the December series? Where do Nifty and NiftyBank headed in the new series?

A) The bears continued in action throughout the week, as the benchmark index dragged more than 4 per cent on a weekly basis while Banknifty plunged by 5 per cent in a week to close at 36025.50 levels on the last trading day of the week.

Technically, the index has continued the breakdown of the Head & Shoulder pattern after retesting the neckline, which indicates bearishness in the index.

Moreover, the index has moved below the 100-Days SMA and has also formed a Bearish Marubozu candle on the daily chart.

However, the momentum indicator RSI & Stochastic have been trading at oversold territory. Hence, we are expecting a volatile move in the market for the coming week.

Q) Sectorally, auto, PSU banks stocks took the beating. They were one of the top sectoral losers in the week gone by. What led to the price action?

A) Nifty Auto & PSU Banks fell badly on a weekly basis -- both the indices have corrected more than 7 per cent last week. On the technical chart, PSU bank has closed at 50% Retracement Levels of its prior rally, which could be immediate support for the Index.

Moreover, a momentum indicator Stochastic has also slipped below the oversold zone. Hence, some short covering is expected in the index in the near term.

In the PSU basket, the investors must keep an eye on SBI, Canara Bank, Bank of Baroda & IndusInd Bank.

Nifty Auto also witnessed further profit booking during the week. Technically, the index has confirmed a breakdown of the Double Top formation on the daily chart and closed below the lower Bollinger Band, which indicates further correction in the near term.

The price has also moved below the prior support of 10850 levels. On the weekly chart, the index has formed Bearish Marubozu Candlestick.

If the index managed to close below 10700 levels, the correction could be extended till 10400/10250 levels while on the higher side, the resistance is around 11200 levels.

Q) What should investors follow – buy on a dip or sell on rally strategy?

A) The benchmark index has already corrected almost 8% from the all-time high of 18604 levels. Fundamentally, nothing has changed drastically for the domestic equities other than profit booking due to overvaluation and slowdown in earnings momentum.

Hence, one should follow the buy on dip strategy to make good returns. The frontline stocks can be a good bet for the long term.

Q) Unlock themes such hotels, leisure, travel, cinema felt the heat. Do you think these sectors will remain under pressure in the coming week?

A) Yes, themes such as hotels, leisure, travel, and cinema will remain under pressure as long as new covid-19 variants hammer global sentiments over the uncertainty of the global economy.

In the last few months, a large rally in tourism and hospitality industry stocks was primarily driven by the strong demand recovery, which is now dented by the arrival of the new covid-19 variant.

Travel, Hotels, and entertainments stocks are witnessing a strong recovery on the back of relaxation in Covid-19 restrictions and the on-going wedding season and festive season.

Q) Your top 3-5 trading ideas for the December series?

A) Here is a list of top trading ideas --

On the daily timeframe, the stock has confirmed the breakout from the Inverse Head & Shoulder pattern and moved above the neckline with a good volume spurt, which indicates bullish strength in the counter.
The price has also moved above Ichimoku Cloud & the upper leg of “Bollinger Band” which suggests a bullish rally will continue further in the near term.

On the weekly chart, the stock price has shifted above the 61.8% Retracement Level and above the prior swing highs of 165.90 levels, which confirms the bullish presence in the stock.

Moreover, the stock has also given a breakout of the Horizontal Line, which points out the northward journey in the counter.

As per the above technical parameters, we are expecting a bullish move in Welspun Corp for the target of 190-210 levels while on the downside, support comes at 155-150 levels.

The stock is trading in a bullish territory after the breakout of the Bullish Flag pattern on the weekly chart, which indicates the upward direction in the stock for the long term.

In the recent week, the price has moved above the prior swing highs of 145.50 levels, which suggest bullish strength in the stock.

Moreover, the price has been hovering above Ichimoku Cloud and Upper Bollinger Band formation, supporting a bullish trend for the long term.

In addition, the stock price has shifted above the 50% Price Extension, which confirms bullish presence in the stock.

On a daily chart, the price has given a Trendline breakout and is moving above it. A volume activity has been rising gradually in the stock, which suggests a buying interest among the traders.

As per the above technical parameters, we are expecting a bullish move in SCI for the target of 180/200 levels while on the downside, the support comes at 130 levels.

On the daily chart, the stock has formed a “Bullish Engulfing” candlestick pattern, which indicates an upside move in the counter.

Moreover, the stock has given a breakout of Cup & Handle Formation which points out northward journey in the counter.

Additionally, the price has also moved above the upper leg of “Bollinger Band” which suggests a bullish rally will continue further in the near term.

Furthermore, the stock has been trading above 21*50 Days Moving Averages with a bullish crossover which shows a positive trend for the time being.

As per the above technical parameters, we are expecting a bullish move in Sutlej Textiles for the target of 100-125 levels while on the downside support comes at 75 levels.