Jindal Stainless (Hisar) rallied by about 140 per cent so far in the year 2021, compared to about 29 per cent return seen in the Nifty50. 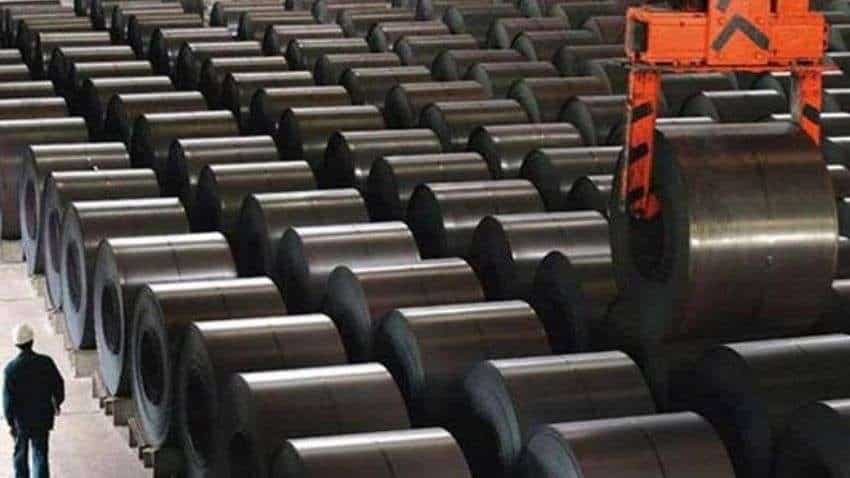 Jindal Stainless (Hisar) rallied by about 140 per cent so far in the year 2021, compared to about 29 per cent return seen in the Nifty50. Source: PTI

Jindal Stainless (Hisar) rallied by about 140 per cent so far in the year 2021, compared to about 29 per cent return seen in the Nifty50.

The stock has picked up momentum especially in the last one month as it rallied by about 20 per cent that led to a breakout above the consolidation range on the weekly charts.

Jindal Stainless (Hisar) is one of India's largest stainless steel producers with a melting capacity of 0.8 million tonnes per annum. It has reduced its debt component considerably since 2018 which is a positive sign.

The interest cost has almost halved from Rs 71 cr in March quarter to a little over Rs 33 cr in the June quarter, data from Trendlyne showed.

The recent breakout from the consolidation range on weekly charts since July to October accelerated the momentum. On the daily charts, the stock bounced back after hitting a low of Rs 285on October 25 to climb above Rs 300 levels.

The recent breakout could take the stock towards Rs 400 which translates into an upside of 18 per cent from Rs 338 recorded on October 27, suggest experts.

On technical charts, the stock has been looking very strong, and in last one year, the stock has shown tremendous performance where the stock was trading at Rs. 98-99 levels a year ago and with the last closing of 339.75 recording returns of 240+% and a fresh 52 week high.

Currently, the stock on daily & weekly charts both are showing strong momentum. A continuous Higher top Higher Bottom formation has been seen.

“Starting August, the stock went into a small consolidation which rather looks like a base range between 300 – 275 levels, and recently on 13th October the stock gave consolidation breakout which triggered the momentum,” says Sharma.

He further added that on October 26, the stock on daily charts has formed A Big white Candle which has crossed decisively all of its recent past highs and engulfed all recent highs and has entered in Blue-Sky Zone.

“On weekly charts, RSI stands at 71 which shows good strength in the counter & trading above all its major Exponential Moving Averages.   Volumes & other oscillators are also showing bullish signals,” explains Sharma.