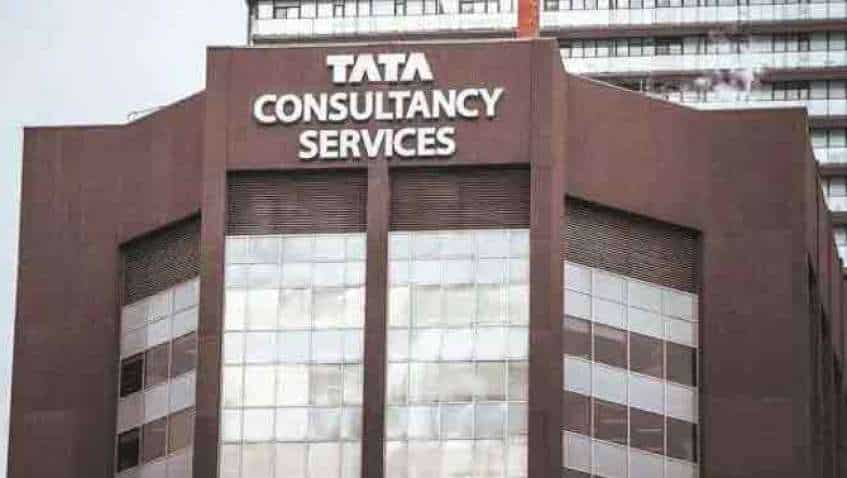 TCS reported a net profit of Rs 9624 crore on Friday for the quarter ended September, a tad less than estimated by the street. Source: PTI

Tata Consultancy Services (TCS) Ltd shares were the top Nifty50 loser on Friday even as the IT giant posted its September quarter results on Friday. TCS shares were trading at Rs 3,718.35, down 217.30 or 5.52% intraday at 12 pm. Led by TCS, IT shares were the top drags on Monday, the day when the Nifty50 created history by touching the 18,000-mark. The index was aided most by power and auto stocks.

TCS reported a net profit of Rs 9624 crore on Friday for the quarter ended September, a little less than expected figures by the street and brokerages. Amid the Q2FY22 TCS result, brokerage houses have revised their ratings. The revision in ratings comes amid TCS missing the street expectations on margins and revenue front. Largely brokerages were bullish on IT giant in the long term but many revised their ratings, while some have stood by their previous ratings.  Here is what brokerages think of the result and TCS revised ratings:

Brokerage house CLSA revised its rating to 'outperform' and gave a target of Rs4050. It said in the report that TCS Q2 FY22 results show the IT company failed to perform both on revenue growth & margins front.
"The exports grew 3.5% QoQ in (CC) terms, same as 1QFY22, as against hopeful seasonal acceleration. Margins were also flat QoQ, in contrast to typical recovery, following wage hikes impact in 1Q," it said in its report.

Giving 'outperform' rating, brokerage JP Morgan said the TCS missed out on revenues/margins throwing a soft quarte. With stock strong into earnings & close to all-time highs, it believes misses on revenue & margins are likely to weigh on stock in near term.

GS gave a buy rating and revised the target to Rs 4657. It observed that the results were below than expected on revenue, margins and order book. It cut EPS estimate by 1 to 2 % for the TCS share over FY 22-26E. "Deal wins at $7.6Bn, though broad-based, down 12% YoY and 6% QoQ with book bill of 1.2 times. Excluding a large deal win in the same quarter last year, the order book was up 25% on YoY," it said.

Macquarie maintained 'outperform' rating on TCS. It said TCS 2Q FY22 result marginally missed out the street estimate due to a lower EBIT margin given supply-side issues.  "The company remains well positioned to capture demand strength given its investments in capability-building lowering FY22E EPS 3%, " it observed.

Meanwhile, brokerages Morgan Stanley and Jefferies also kept their ratings same at overweight and hold for targets of Rs 4200 and Rs 3950, respectively.