The record-breaking run has been continuing, with the benchmark reaching the momentous 50,000-mark on January 21. 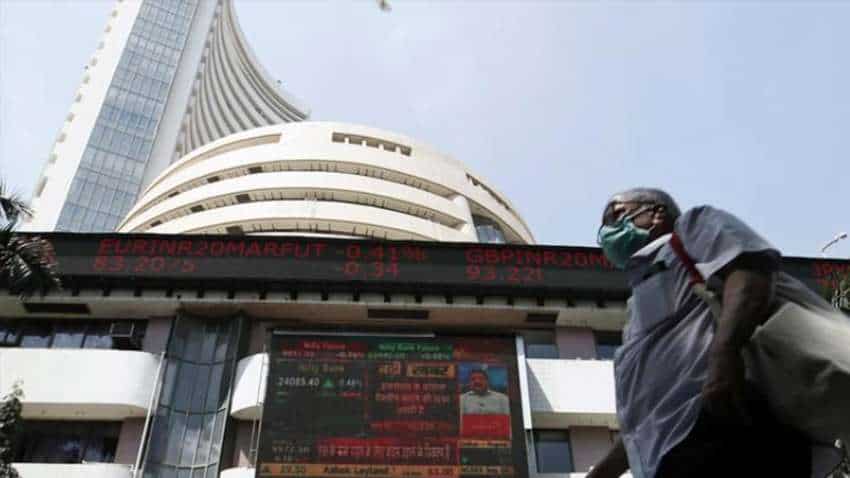 The 30-share BSE index jumped to its record high of 50,184.01 during the trade on Thursday. Reuters file pic.
Written By: Prashant Singh
RELATED NEWS

Indian stock markets have witnessed some of the unprecedented records in the year 2020! From witnessing gigantic losses to record-shattering gains, investors witnessed a wide array of emotions in 2020. Markets showed volatile trends last year, with the benchmark crashing to its one-year low of 25,638.9 on March 24, only to roar back to reach record highs in the later part of the year.

The record-breaking run has been continuing, with the benchmark reaching the momentous 50,000-mark on January 21. The 30-share BSE index jumped to its record high of 50,184.01 during the trade on Thursday.

The Indian stock market which added another feather to its cap by scaling the 50,000-mount for the first time ever may witness some profit-taking ahead but for now, all eyes are on the upcoming Union Budget that will influence the onward journey of the bluechip index, according to analysts.

"Expect markets to go into consolidation phase in the second half of this calendar year and again resume the upward trajectory from CY22 onwards," Rusmik Oza, Executive Vice President, Head of Fundamental Research at Kotak Securities, said.

The entire plot changed for the markets in just ten months from massive losses to record-breaking peaks and this came at a time when the world is facing a health crisis.

Market analysts have attributed the sharp rebound in the market following the March crash to a host of factors such as abundant liquidity injected into the global financial system by leading central banks of the world, unprecedented retail investor participation and in recent months, on hopes of successful vaccines.

In 2020, investors grew richer by Rs 32.49 lakh crore helped by massive returns in the equity market which had a roller coaster ride during the year hit by the coronavirus pandemic.

From March 23, 2020 when the benchmark indices posted their worst ever one-day crash till now, the investor wealth has risen by a whopping Rs 92,48,551.09 crore.

During the entire 2020, the 30-share BSE Sensex made monthly gains in seven while closing with losses in five of them.

"Indian markets have been witnessing strong momentum over the past few months on hopes of a faster economic recovery after the pandemic lockdown. Also positive global cues, sustained FII inflows and strong corporate earnings kept the sentiments high. Buzz around the upcoming Budget has also added strength to the markets. The Budget could potentially lay the foundation for a long term economic growth path.

Jani also noted that unlocking of the economy since June 2020 led to a significant recovery in various macro, micro data points, resulting in equity markets surpassing its previous lifetime highs once again.

"The three big factors that have driven markets are smart recovery in the economy, FPI flows and earnings revision," Oza said.

Apart from being driven by FII investments, the rally was also led by direct investments by domestic investors. The sharp fall in Indian markets in March opened up opportunities for stock picking which saw a clear shift in the way retail investors participated in stock markets, Jani added.

"The speed with which central banks across the globe infused liquidity was the single most reason for the equity markets to recover," S Ranganathan, Head of Research at LKP Securities, said.

The Budget is likely to have a major impact on the market, depending on whether it is positive or negative from the market perspective. If the Budget is growth-oriented, reformist and investor-friendly, the market will respond positively.

Other factors likely to impact markets are Q3 corporate results and the trend in FPI flows, he said.
March 2020 proved to be dreadful for the domestic stock market, with the benchmark Sensex plunging a massive 8,828.8 points or 23 per cent during the month as concerns related to the impact of the coronavirus pandemic on the economy jolted investor sentiments.

But Indian stock indices returned to winning ways towards the later part of 2020.

Oza said that after the panic bottom seen in March Indian markets along with other global markets started recovering from April onwards and gained momentum from June onwards as we saw gradual opening of the Indian economy.

"The rally picked steam after better-than-expected Q1 FY21 results and intensified after Q2 FY21 results. Between June and August there was a big gush of FPI flows which fuelled the rally. Closer to the end of calendar year India started witnessing consistent fall in Covid-19 cases when other developed markets started witnessing the second wave. This worked in favour of Indian markets," he noted.

According to Ajit Mishra, VP Research at Religare Broking, going ahead, the markets may see some profit-taking and it would be healthy, considering the recent rally. Moreover, the prevailing earnings season and upcoming Union Budget will set the ground for the next directional move, he added.