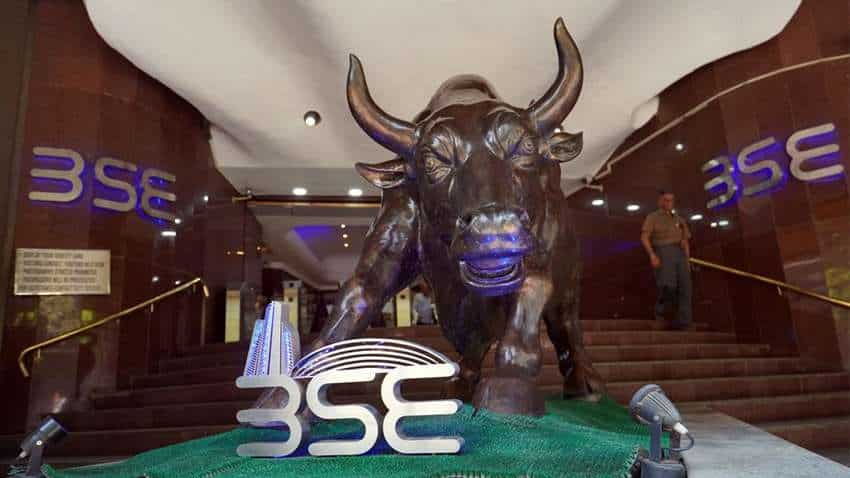 So, the big question that crops up from here is - Will this bull run continue? What next? What should be the road ahead for investors? Here is what analysts opine:- Reuters pic.
Written By: Prashant Singh
RELATED NEWS

It's unprecedented. It's happening for the first time ever in the India stocks markets! India's benchmark equity index S&P BSE Sensex crossed the 60,000 points milestone during Friday's early morning trade session. Accordingly, the 30-scrip sensitive index traded at 60,166.69 points at 9.15 a.m. just after the pre-open session.

So, the big question that crops up from here is - Will this bull run continue? What next? What should be the road ahead for investors? Here is what analysts opine:-

Sandeep Bharadwaj, CEO, Retail, IIFL Securities, said, "Expectations of solid economic recovery and sustained growth in the next couple of years is keeping the bulls enthused. Also from global funds perspective, India remains an attractive destination, especially in the China+1 scenario. Having said that retail investors must have a diversified portfolio at this stage to face any kind of volatility.”

Abhishek Chinchalkar, CMT Charterholder and Head of Education, FYERS, said, "It has been a historic week for the Indian markets, with Sensex moving past the 60000 level for the first time ever and Nifty coming a whisker away from touching the 18000 level. The surge in the Indian markets this week has come on the back of reviving global risk appetite amid a slight ease in default-related worries over China's property giant Evergrande Group. For the near-term, new highs in Nifty cannot be ruled out as the bullish momentum remains very firm. However, we suggest keeping positions light at these levels and trading with tight stop losses. The immediate hurdle for Nifty now is the psychological 18000 level. If the index manages to sustain above this, we could see an attempt towards 18345, which would mark the 1.618 fibonacci extension of the rally from 14151 (22-April low) to 15901 (15-June high) extended from 15513 (28-July low). On the downside, 17790 is the immediate support, break below which could lead to a modest correction towards 17560."

Brijesh Bhatia, Senior Research Analyst of Equitymaster, said, "The sentiment on D-street is bullish. A dip of a couple of percent would be a good opportunity for traders and investors to enter. We are witnessing broad based buying from largecaps to midcaps, and smallcaps. The euphoria in the market is likely to continue. It may extend till January-February 2022. Though the volatility is likely to witness an uptick. I believe the stocks ranking higher terms of outperformance will continue to shine. But traders and investors need to keep in mind the margin of safety in these stocks because their support levels are very deep."

Mohit Ralhan, Managing Partner & Chief Investment Officer of TIW Private Equity, said, "The Sensex touched a historic high of 60,000 today for the first time. The bull run in the Indian market has continued to abate on the back of strengthening the economy and reduced expectations of any serious third wave of COVID-19. While the sentiments remain extremely positive, the global cues are pointing towards a cautious approach, given the unfolding debt crisis at China Evergrande Group and impending start of tapering by the US Fed. The valuations of Indian stocks have also increased significantly with the P/E ratio of Nifty 50 Index crossing 27x. With a spike in volatility, we are in a wait and watch mode for a clearer picture to emerge."

Mohit Nigam, Head - PMS, Hem Securities, said, "India’s benchmark indices notched new highs on Friday after investor sentiment got a boost from the US Federal Reserve’s dovish commentary. In intra-day trade, the sensex crossed psychological 60,000 mark. Most global markets had shed gains last week amid concerns about potential risk spillover from Evergrande’s debt crunch and the outcome of the Fed meeting. However, investors once again increased their risky bets following some comfort on both these fronts. The Chinese developer's statement that it had struck a deal on one imminent debt repayment comforted investors. The markets were also relieved by the Federal Reserve's tone indicating that it had kept the option of extending the stimulus. Apart from this, reduction in covid cases and the strong vaccination numbers along with improvement in economic activity and the optimism around the capex cycle revival also boosted sentiments. However,the massive rally in Sensex from March lows of last year - without any significant correction in between - has made some analysts cautious. “All previous bull markets in India - 1992-92, 1994, 1998-2000, 2003-07 - had big corrections of 5%, 10%, even 20%. But not now so far. But this will change and the market will correct, perhaps soon, since valuations are hard to justify."

Nirav Karkera, Head of Research, Fisdom, said, "In the near term, broader indices are expected to continue inching upwards. Domestic factors of a strong commitment to economic growth by the administration and central bank coupled with a meaningful pace of public health improvement and the administration's efforts to get stimulate the economy back through initiatives like the launch of India's first bad bank are being reciprocated by strong investor sentiments. Analyst estimates of a continued uptick in corporate earnings on the back of regained consumerism and restoration of disrupted supply chains are further bolstering investment appetite. However, risks of a faster rollback of systemic liquidity or a disappointment in corporate earnings warrant caution. Any shock in the form of materialisation of looming risks could snowball into a correction faster than expected. While the pace of reaction would be quick, the quantum remains unknown and correlated with the magnitude of the triggering event. Now is a great time for investors to review portfolios and align asset allocations with the targeted allocations.”

Dhiraj Relli, MD & CEO, HDFC Securities, said, " Sensex opened gap up on Sept 24 and breached 60,000 in a run away rally. The time taken for the last 10,000 points was much less (246 days vs the previous 10,000 points taking 609 days). Also the time taken for the Sensex to gain the last 5000 points was just 42 days (vs 204 days for the previous 5000 points). This shows the impact of return of FPIs and local investors continuing to invest despite headwinds that cropped up time and again. The absence of a 10% correction in the indices over the last 18 months shows the maturity of the local investors but also throws up the possibility of that happening over the next few weeks/months.”

Amar Ambani, Senior President & Head of Institutional Equities at YES SECURITIES, said, “The Sensex has hit 60,000 much ahead of our target date of December 2021. We continue to remain positive on the long term outlook of Indian equitas. Corporate balance sheets have been significantly strengthened with record equity raise in last two years. On the revenue front, the listed universe is on firm ground with accelerated trend of unorganized to organized, digital super-cycle and sustained cost management. We expect the government to continue spending on infrastructure and fast track the reform agenda as we have seen with lowered corporate tax rates, PLI schemes, RBI support, strategic divestments and so on. With accommodative financial conditions worldwide, we see the mega rally in risk assets continuing"

Shrikant Chouhan, Head of Equity Research (Retail), Kotak Securities Ltd, said, "Trading was mostly range-bound with a positive bias but the highlight of the trade was Sensex breaching the psychological 60000-mark. Benchmark Nifty has formed a robust higher high and higher low formation which is broadly positive. The important point is the index successfully cleared the resistance of 17800 and is comfortably trading above the same. For the index, 17775-17700 could be the important support levels. On the flip side, 18000 and 18200 could act as a major resistance level. Contra traders can take a long bet near 17700 with a strict 16650 support stop loss, while partial profit booking is advisable between 18100 to 18200 level. Meanwhile, the Bank Nifty has maintained a higher bottom formation. The key support levels are placed at 37200 followed by 36800. The structure suggests a further upside if it succeeds to trade above 37200."

Piyush Garg, CIO - ICICI Securities Ltd, said, "Sensex at 60000 level! Market has been performing well over the last few quarters owing to huge liquidity, upward earnings cycle, economic revival owing to fading Covid-19 effect. However market participants should be wary of the rising inflation and resulting removal of liquidity from the system. During CY21 there has been some central banks namely Russia, Korea, Ukraine who have raised rates.  Rising inflation risk and hence withdrawal of ultra-easy monetary policy by global central banks (mainly Federal Reserve) may trigger a sharp rise in bond yields which can cause risk assets to correct sharply.   Hence one can remain invested with a vigilant eye on the move in yields world over which can result in sharp 10-15% correction from the current levels."