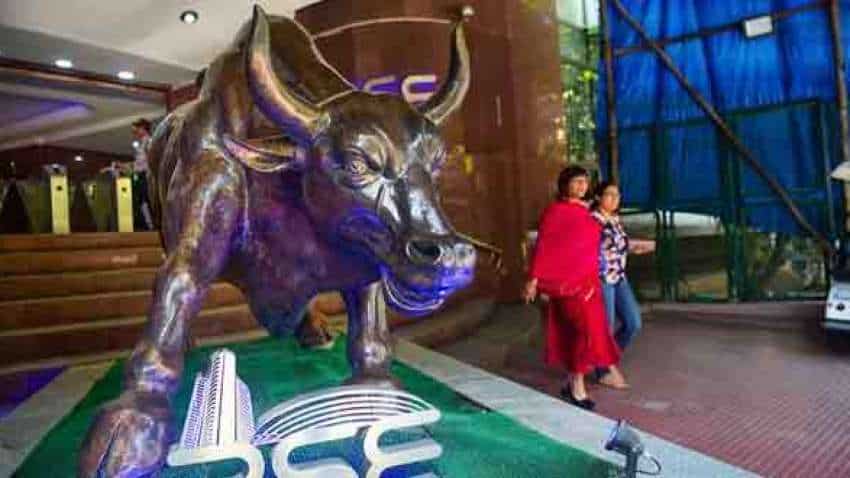 Domestic equity benchmarks Nifty50 and the Sensex surged to day's high after the RBI decided to keep the rates unchanged and retained inflation at 5.3 per cent for the Financial Year 2022. Source:

The Indian markets welcomed the announcement by the Reserve Bank of India's Monetary Policy Committee (MPC) on Wednesday. Domestic equity benchmarks Nifty50 and the Sensex surged to day's high after the RBI decided to keep the rates unchanged and retained inflation at 5.3 per cent for the Financial Year 2022. The Nifty index zoomed to day's high of 17,424.65 and the Sensex surged over 800 points to 58,495.46.

The Nifty Bank touched 37,180.50 levels, while all sectoral indices gained between 0.6 per cent to nearly 2 per cent after the RBI did not tinker with the key rates.

Earlier, RBI Governor Shaktikanta Das said the that sharp reduction in new Covid-19 cases and increase in the pace of vaccination are resulting in sustained economic recovery, including contact-intensive sectors.

"The policy repo rate has been kept at 4 per cent and the reverse repo rate also remains unchanged at 3.35 per cent. The MPC said the policy stance will remain "accommodative" until there is sustainable recovery in the economy," said the Governor.

Vikas Jain, Senior Research Analyst at Reliance Securities said the announcements were on the expected lines with inflation aligned with the target and we expect some recovery in the broader markets.

"We believe Bank Nifty has also gained traction over the past two withholding the support of its long term 200-day average at 35,700 levels, and there could be more upsides as the event of RBI policy is favorable," said Jain

Earlier, The Indian markets started Wednesday's session on a positive note ahead of the announcements of policy decisions by the Reserve Bank of India's Monetary Policy Committee (MPC) today.

After closing strongly on Tuesday, domestic equity benchmarks Nifty and the Sensex opened higher on Wednesday as hinted by the SGX Nifty in the early morning trade.
The two indices gained nearly 1 per cent each in the opening trade as the Nifty opened at 17,315.25 and the Sensex 58,158.56.

(Disclaimer:  The recommendations, if any, made herein are expression of views and/or opinions and should not be deemed or construed to be neither advice for the purpose of purchase or sale of any security, derivatives or any other security through RSL nor any solicitation or offering of any investment /trading opportunity on behalf of the issuer(s) of the respective security(ies) referred to herein.)