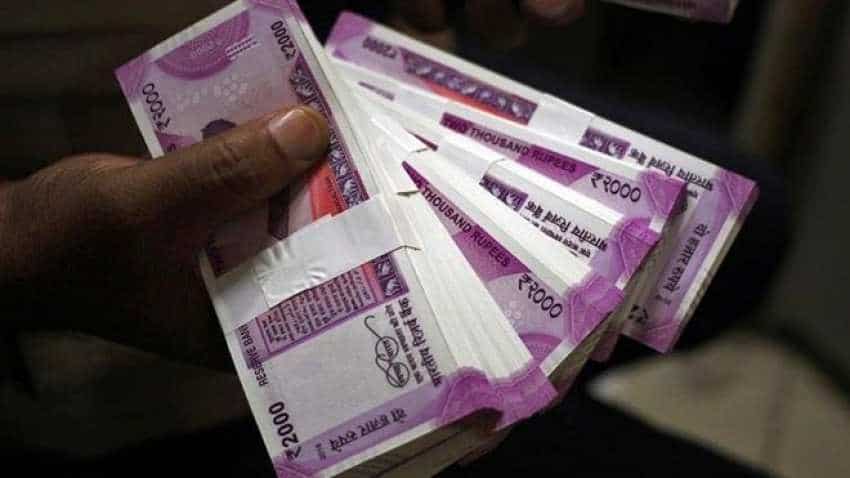 The domestic currency opened at a low of 69.47 today.
Written By: Agencies
RELATED NEWS

Indian rupee today hit an all-time low against the US dollar on broader weakness in other emerging market currencies following the Turkish rout spill-over. It breached 69.50 level to reach 69.62 against the dollar. The domestic currency opened at a low of 69.47 today. At the time of publishing of this article, the rupee was trading at 69.48 per dollar.

Share market also fell for a second straight session on Monday tracking weak Asian peers, with financials accounting for more than half of the losses on the NSE index.

HDFC Bank, down 1.3 percent, was the top drag on the NSE Index after the lender on Friday said its deputy managing director was stepping down. Nomura, in a note, said Paresh Sukthankar`s resignation was a "mild negative" in the near term.

"The movement is very stock-focused today, with financials being the obvious drags after news on HDFC and SBI on Friday," said Vinod Nair, head of research at Geojit Financial Services in Cochin.

There was a risk-on environment in emerging markets over the last two-to-three weeks, and specifically for India, sentiment had turned from `very negative` to `marginally positive` in the said period. However, indications now show that `risk-on` is fading, Nair added.

Vedanta Ltd fell 3.5 percent while the Nifty metals index was down 0.4 percent.