Adani Wilmar and Baba Ramdev's Patanjali group have been engaged in a long-drawn battle to take over Ruchi Soya. 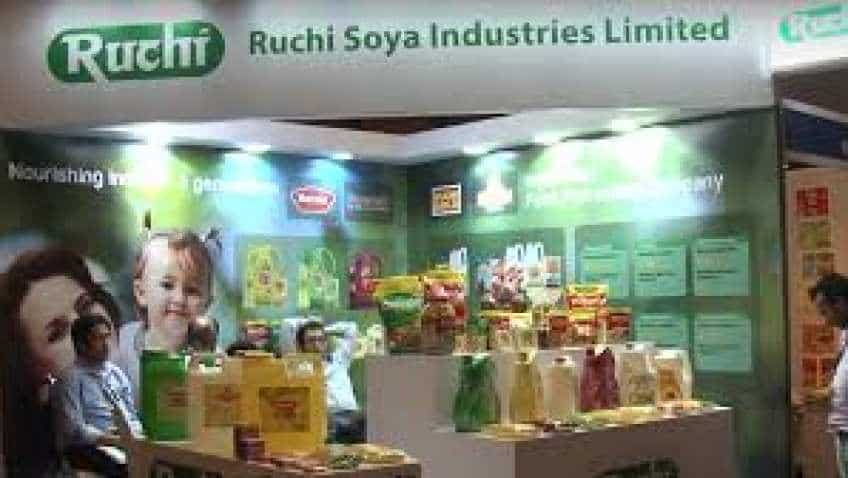 Shares of Ruchi Soya today hit its five per upper circuit limit on the bourses after lenders of the company approved the Rs 6,000 crore bid of Adani Wilmar to acquire the debt-ridden edible oil firm.

Adani Wilmar's bid was approved by the committee of creditors (CoC) with about 96 per cent votes in its favour. The resolution professional will now seek approval from the National Company Law Tribunal (NCLT).

Following this development, shares of the company opened on a bullish note and hit its upper circuit limit at Rs 9.42, up 5 per cent over its previous closing price.

Similar movement was seen on NSE as well, where the stock opened at Rs 9.45 and hit its upper circuit limit, up 5 per cent over its last close.

Adani Wilmar and Baba Ramdev's Patanjali group have been engaged in a long-drawn battle to take over Ruchi Soya.

Following this, Patanjali Ayurved had also sought clarification from the RP (resolution professional) of Ruchi Soya related to eligibility of Adani Group to participate in the bidding process.

It also sought to know the parameters adopted by the RP to declare Adani Wilmar as the highest bidder.