Raymond's Ready to Wear, Park Avenue, ColorPlus, Parx, Raymond Made to Measure amongst others are some of the leading brands the company has under its portfolio. 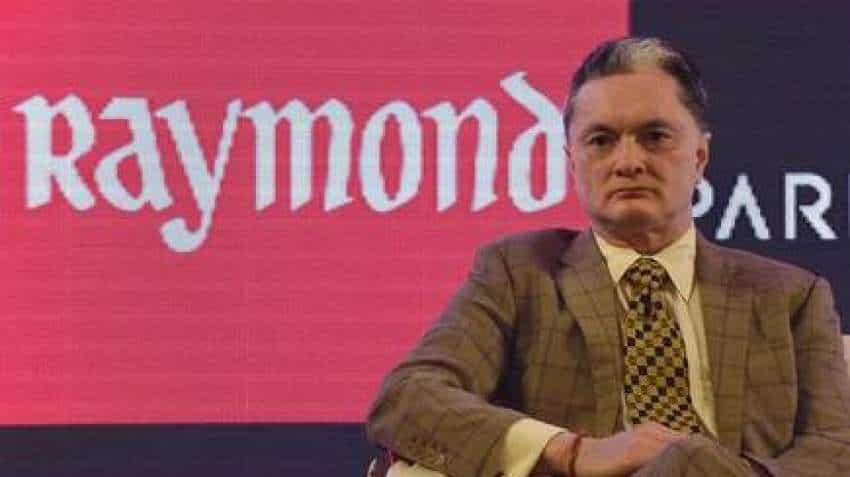 The counter has also hit a 21-month high, trading at its highest-level since February 2020: PTI

On the back of heavy volumes, the shares of apparels company Raymond hit a new 52-week high of Rs 576.25 per share, after surging around 14 per cent on the BSE intraday trade on Tuesday. The counter has also hit a 21-month high, trading at its highest-level since February 2020.

The trading volumes on the scrip soared almost 10-fold with a combined 5.43 million shares, which is around 8 per cent of the total equity of Raymond changing hands on the NSE and the BSE till afternoon.

Raymond's Ready to Wear, Park Avenue, ColorPlus, Parx, Raymond Made to Measure amongst others are some of the leading brands the company has under its portfolio. The company is a leading Indian lifestyle textile and branded apparel company in the world.

Gautam Singhania-led Raymond shares have gained over 30 per cent from Rs 441.35 per share on the BSE in the last one month, as compared to over 4 per cent decline in the S&P BSE Sensex.

As many 47 per cent of the total revenue of the company comes from the branded textiles segment. The segment reported strong growth of over 200 per cent year-on-year to Rs 722 crore in the second quarter of the financial year 2021-22, led by improvement in both primary and secondary sales.

The apparel company also has a presence in the fast-moving consumer goods section through Raymond Consumer care and offers a wide range of products in the men’s personal grooming and hygiene category.

The company turned into profit YoY to Rs 28.24 crore in the Q2FY22 as compared to a loss of Rs 66.94 crore in the same quarter a year-ago. While the company reported around a three-fold jump in its revenue to Rs 819 crore as against Rs 254 crore in the corresponding quarter in the last fiscal.

Wedding Season Special: 15 recommended stocks that can directly benefit from record 25-lakh weddings in one month

Big SETBACK to China: India's export to US sees HUGE uptick this year—Mansi Dave lists shares that are poised to BENEFIT