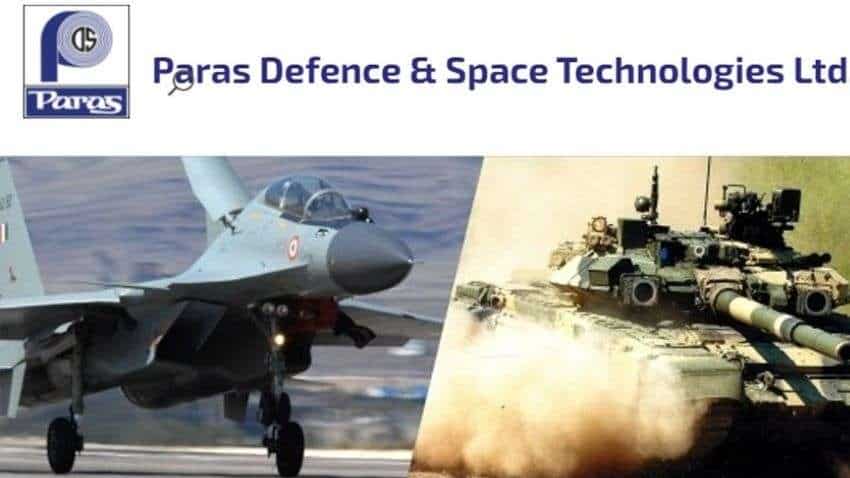 The issue was subscribed 304.26 times making it the most subscribed IPO in the history!
Written By: Prashant Singh
RELATED NEWS

The issue was subscribed 304.26 times making it the most subscribed IPO in the history, followed by Salasar Technologies with 273.05 times, Apollo Micro Systems was subscribed 248.5 times.

Other IPOs that made into the list of most subscribed include Astron Paper & Board Mill with 241.8 times, Mrs. Bectors(198 times), Capacite Infraprojects(183 times), Ujjivan Small Finance Bank (165.7 times), and Amber Enterprises (165.4 times). 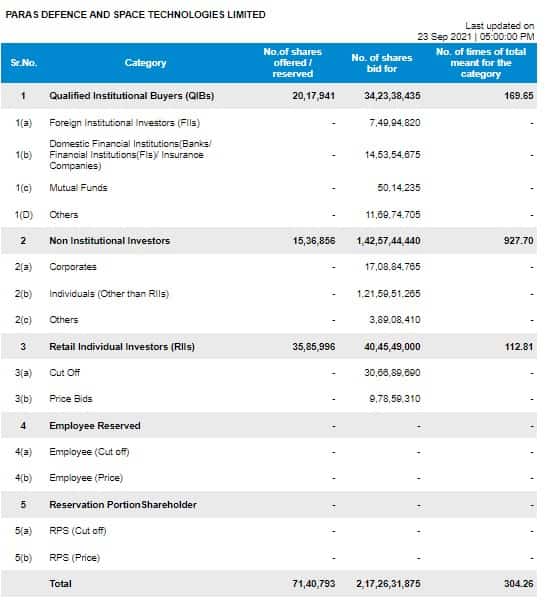 What made Paras Defence IPO a historic one?

Explaining what led to massive investor interest, Astha Jain, Research Analyst, Hem Securities Ltd, said, "Reasons behind strong subscription as its defence sector company which is currently looking very attractive and this sector has received strong traction from investors due to Govt’s increased focus on this sector..Secondly issue size is very small of approx. Rs 171 Cr hence demand supply play is on which makes subscription figure look very strong in this small size issue.Thirdly, no other ipo is open for subscription which in turn  helps in getting more funds diversion towards this only opened ipo at present..Fourthly, in past though not strictly comparable but mtar technologies ipo has yielded very strong returns to investor which again makes this similar to look company (though fully not)  receiving such response in  expectation of similar returns."

Explaining the rationale behind such an overwhelm response on Paras IPO, Vijay Singhania, Chairman, TradeSmart, said, “The company is in the business of multifarious defence equipment manufacturing and trading activities.  It also deals with support system for Aerospace, Missiles, Rockets, Navel systems, ultra precision equipment etc.  A leader in optical lenses, most of other defence manufacturers also purchase lenses from them. The company has few subsidiaries (probably 4) including foreign subsidiaries also.

The company has secured maximum subscription i.e. 304 times, probably the most for any company in the past several years.  It is due to it being a leader in the defence and space equipments space. Besides, the extreme bullishness coupled with very good liquidity in the market is also the reason. The interest rates are very low, probably the lowest ever. We have not seen the interest rate of 3.8% per annum for corporate Fixed Deposits.  FIIs are still bullish and pouring funds in the market, despite the warning of stimulus tapering by the FED.

However, the above are the main reasons for a booming IPO market in general."

Defence has remained a focus area for the government and Indian companies are seen as key beneficiaries of the Centre's schemes such as Atmanirbhar Bharat and Make in India. While the same will benefit Paras Defence, the company’s strength lies in its R&D and relationship with diverse customers.

Global defence spending is estimated to have touched US$1.98 trillion (tn) in 2020 with 2.6% YoY growth. Five largest spenders account for ~62%, including US, China, India, Saudi Arabia and Russia. India defence expenditure has been on a constant growth trajectory, largely on account of rising conflicts & border tensions with neighbours viz. China and Pakistan in addition to cross-border terrorism threats. The contribution of defence expenditure to GDP has risen from 2.2-2.3% to ~3% over a decade. The Indian Air Force (IAF) comprises more than ~39%of the defence capital outlay followed by the Army and Navy at 27% and 25%, respectively.

- The initial public offer (IPO) was fully subscribed within hours of opening on the first day on Tuesday.
Paras Defence and Space Technologies on Monday said it has garnered a little over Rs 51 crore from anchor investors.

-Proceeds of the fresh issue would be used to fund capital expenditure requirements, to support incremental working capital needs, and repayment or prepayment of loans availed by the company.

- Anand Rathi Advisors is the manager of the offer.

- The equity shares of the company would be listed on BSE and NSE.

-The company is engaged in designing, developing, manufacturing, and testing a wide range of defence and space engineering products and solutions.

- Paras Defence and Space Technologies' business is highly dependent on projects and programmes are undertaken by the central government and associated entities, such as defence public sector undertakings and government organisations involved in space research.