Multicap schemes remained in the spotlight in October outperforming other themes in October. 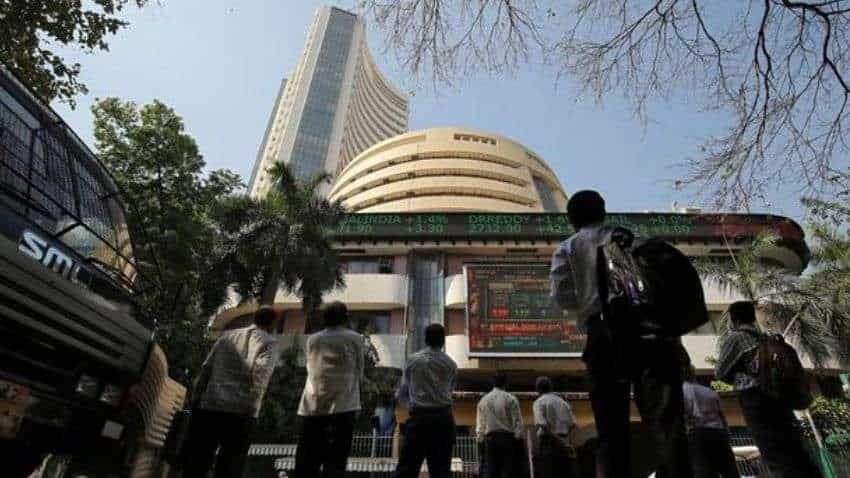 Multicap schemes remained in the spotlight in October outperforming other themes in October.

Indian market closed with marginal gains in October but as many as 47 per cent of the schemes tracked by PMSBazaar.com outperformed the Nifty index that rose 0.3 per cent in the same period.

Multicap schemes remained in the spotlight in October outperforming other themes in October. The Nifty Midcap 150 rose 0.26 per cent while the Nifty Smallcap 250 rose 0.13 per cent in the same period.

Data compiled by PMS Bazaar showed Basant Maheshwari’s Equity Fund Strategy was the best performer, up 10.3 per cent, among all the 275 registered schemes.  The scheme with an AUM of Rs 385 cr is a multicap theme.

The scheme has delivered nearly 90 per cent in the last 1 year, data on the company website showed. The firm focuses on investing in companies that have predictable and consistent earnings and can generate above-average earnings growth over the long term.

Portfolio management services or PMS cater to high-net-worth investors and the professional fee charged by them is higher than regular mutual funds.

However, it varies from scheme to scheme. As per SEBI norms, a PMS account can be opened and held, with a minimum corpus of Rs. 50 lakhs. 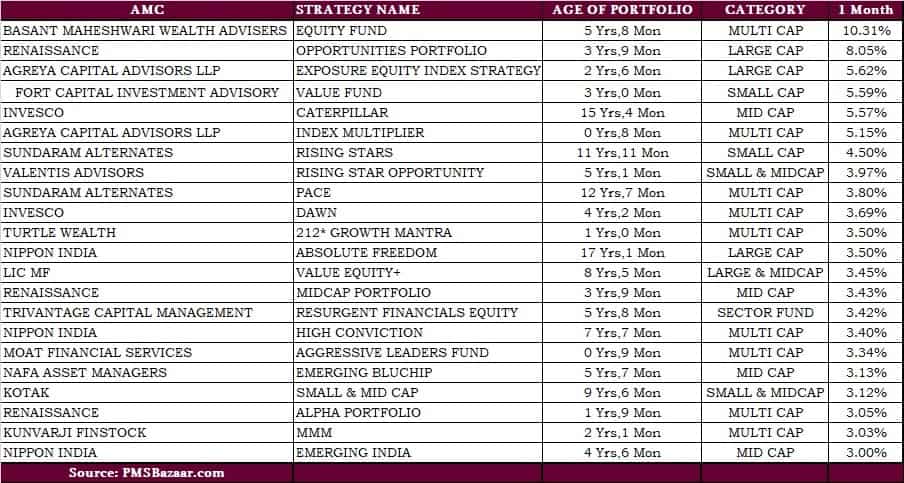 Note: We have taken schemes which have given over 3% return in October

Data from PMSBazaar.com shows that 129 out of 275 PMSes, which declared their monthly return, outperformed the Nifty in October and most of them were from the small and multi-cap segments.

Renaissance and Agreya Capital, both from the largecap space delivered 5-8 per cent return in October, data showed.

There are 118 PMSes that gave negative returns in October compared to 0.3 per cent gains seen in the Nifty50.

Abans Investment Managers, Smart Beta Portfolio fell nearly 8 per cent, followed by Incred PMS that was down over 6 per cent, Bonanza Portfolio’s Growth portfolio recorded a fall of nearly 5 per cent, data from PMSBazaar showed.