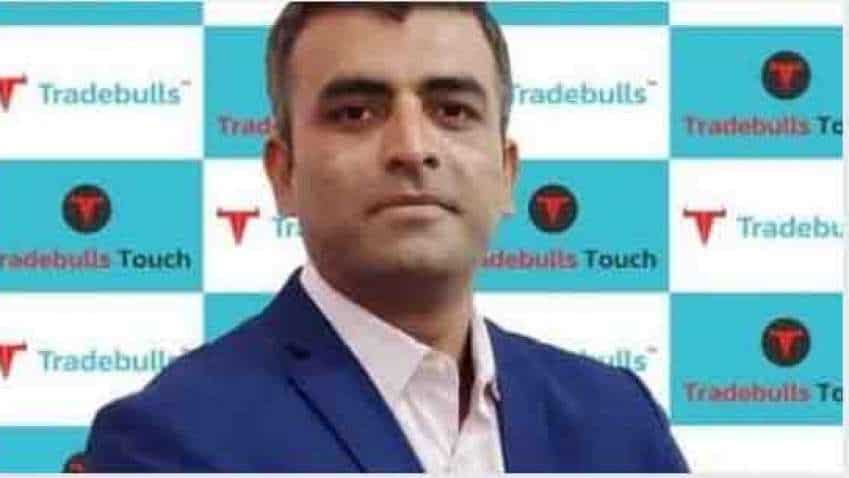 Investors should only focus on growth & value pockets as intermediate corrections within the ongoing bull run would continue to provide opportunities to realign their folios.
Written By: Kshitij Anand
RELATED NEWS

Dalal Street Traders Corner: Nifty closes below 18K; What should investors do on Wednesday?

Q) A historic week for Indian markets as Sensex breached 60,000 on the upside, while the Nifty50 inched closer towards 18000. What led to the price action despite hawkish Fed and Evergrade worries?

Despite the hawkish US Fed statement, the market appeared to be reassured that interest rate hike talks remain at the end of 2022 while asset tapering was already discounted by the market.

As per the US Fed statement, the US economic standpoint remains going strong which gave more comfort to the global markets as the US economy has still not entered its stagnating mode.

The event of Evergrande crisis saw more clarity during the week as most now expect its effects to remain within the Walls of the Chinese economy itself & have no major global recursion.

Despite all these undergoing events since the last few weeks, our Indian equities have scaled higher week-over-week as compared to other global indices.

Both these factors were considered positive for our market, and we saw yet another historic high in the Indian indices.

Q) What should be investors' strategy as Sensex trades around 60,000 and Nifty50 at 18000? Time to be cautious or ride the momentum?

A) Investors should only focus on growth & value pockets as intermediate corrections within the ongoing bull run would continue to provide opportunities to realign their folios.

Time cycle tools are still pointing towards 16-18 months of continued bull run with a few timely running corrections of 3-5% on its intermediate time scale. 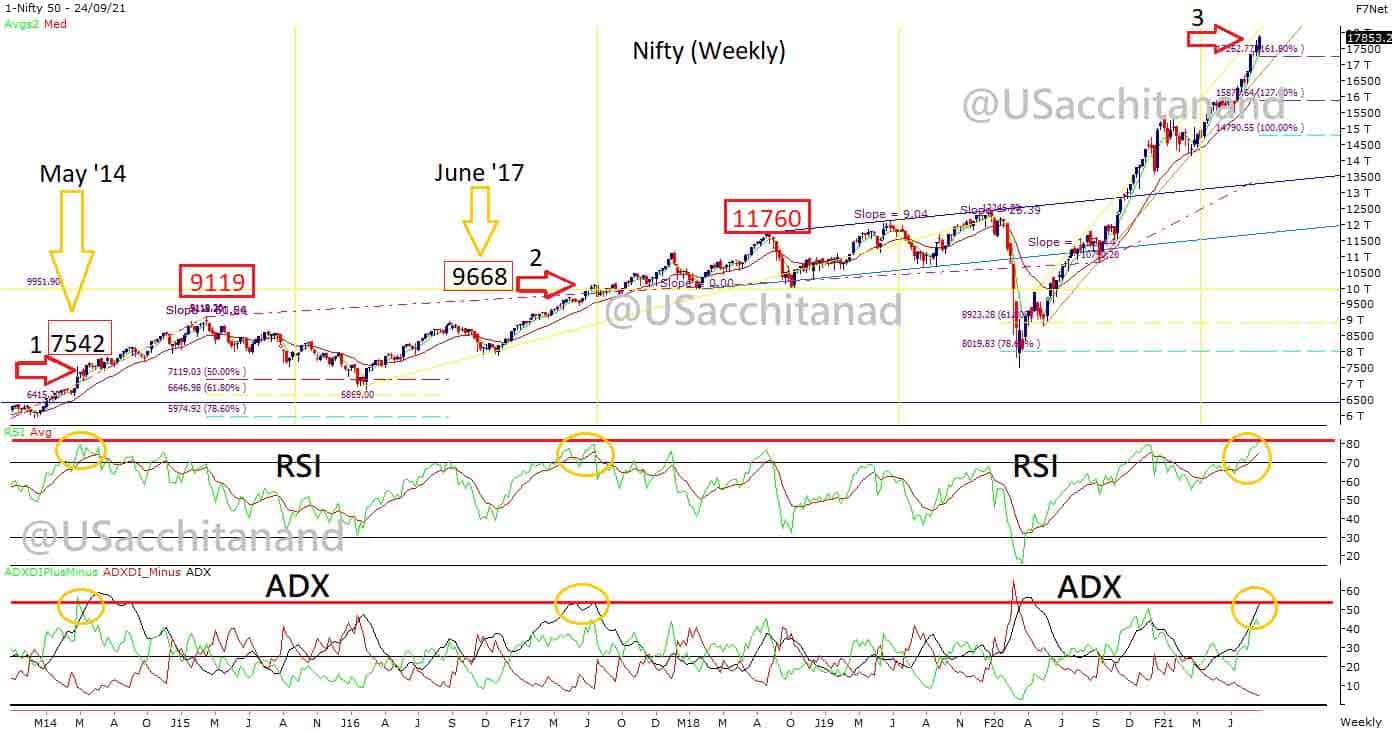 With its weekly ADX hitting 50 with RSI around 80 (Chart attached above) looks like a repeat of May 2014 & June 2017 events where the trend strength indicators had hit their respective overstretched zones but price action continued to scale higher by 20% & 21% respectively before giving it up.

In case if the history repeat, we may see the 18k Nifty entering its 21k zone.

Q) What is your view on markets – any immediate targets for Sensex & Nifty?

A) The ongoing bull trend momentum remains healthy until the 17,170 holds. On immediate basis, due to its proximity towards the upper end of the weekly channel which is placed around 18140, the risk-to-reward equation may not be significant for aggressive fresh longs.

On the daily scale, we are witnessing a ‘Broadening formation’ with a base close to 17400 which also coincides with its 20 DEMA support level been placed around 17380.

A pullback within the pattern would sweeten the opportunity to add aggressive longs with a stop below 17260.

With F&O monthly expiry just around the corner, we may witness expiry led volatility to kick in at the beginning of the week itself, and hence its ideal to remain cautious, and wait for better risk opportunities going forward as the sector rotation still remain healthy.

Q) Realty sector topped the charts in the week gone by. What is fuelling the rally and are there any top stocks that investors can look at?

A) Two factors helped in fuelling the strong rally in the Realty sector. One is higher than expected property registration and stamp duty cut in the states of Maharashtra & Karnataka.

As per estimates, September month was likely to see property registration figures higher in the last 5 years confirming the fact that housing sector is improving.

Both these states have IT sector hubs in cities like Bangalore & Pune which also saw some strong demands while the stamp duty reduction resulted in a 270% increase in registrations in Mumbai itself which remains the financial hub.

There has been the announcement of rate cuts from mortgage lenders like HDFC, Kotak Bank, SBI, and others which will also accelerate the home-buying spree in the coming festive seasons.

All of these factors have also attracted foreign investor’s attention thus helping realty stocks topping the charts during the week.

Q) As we approach the expiry week what are your expectations from the October series?

A) Seasonality factor wise October mostly has been a good month for the overall global market including India. Post the 2008 meltdown, there have only been 2 instances in which it witnessed a 6-7% corrective action in the years 2009 & 2018, else the net score has been fairly positive.

The 5- year average run rate has been above 1.16 per cent while 10 Years has been around 2.79 percent respectively.

Derivative data as of now warrants a strong base at 17000 mark and seems to elevate further but the headroom resistance around 18000 on an immediate basis could be a worry for the early part of the series.

With most of the large-cap names getting their act right since the beginning of the September series, it’s likely that the trend should continue for this series as well.

Hence, we may see some heavy lifting duty in the October series as well which may lead to a further scale-up in ongoing momentum.

Disclaimer: The views/suggestions/advices expressed here in this article is solely by investment experts. Zee Business suggests its readers to consult with their investment advisers before making any financial decision.)

Dalal Street Traders Corner: Nifty closes below 18K; What should investors do on Wednesday?