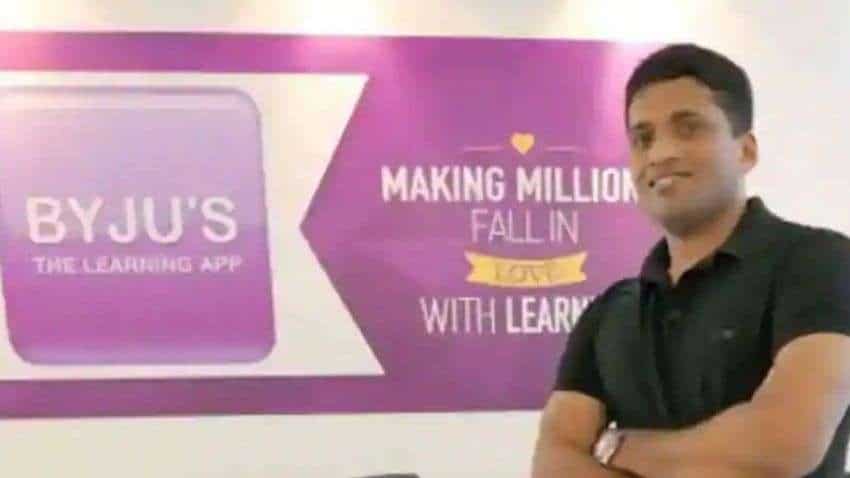 Byju's, India's most valuable education tech startup, has seen profit more than double to Rs 50.76 crore in FY20 with the sale of tablets, SD cards and books getting it the bulk of its revenues.

"On a standalone basis - which is our core business - we are profitable. On a consolidated basis (which includes acquisitions), there is a loss given that some of these businesses need investment to scale," Byju's Chief Strategy Officer Anita Kishore told PTI.

She added that the company - which has been on an acquisition spree with the buyout of companies like Aakash Educational Services, Epic and Greal Learning - aims to clock Rs 10,000 crore in revenue in FY22.

As per the documents, educational tablets and SD cards accounted for 63.24 per cent of the company's turnover in FY20, while sale of reference books contributed 26.51 per cent.

Educational tablets and SD cards contributed Rs 1,334.48 crore to the company's revenue from operations in 2019-20 - accounting for the largest chunk of Byju's revenues, followed by sale of reference books (Rs 559.4 crore) and sale of services (Rs 71.96 crore).

Tuition fee contributed under 7 per cent of the revenue at Rs 144.17 crore during FY20.

Byju's saw its employee benefit expense also increasing to Rs 322.81 crore in FY20 from Rs 255.39 crore in the previous fiscal.

The company, in the document, said it is confident of "achieving higher revenue and profits in the coming years in this global world as the opportunities are huge and your company is capable of exploring the same productively".

It added that the management of the company has effectively responded and managed the operations through the pandemic.

Byju's, which is backed by marquee investors, including General Atlantic, Sequoia Capital, the Chan-Zuckerberg Initiative, Naspers, Silver Lake and Tiger Global, is estimated to have raised about USD 1.5 billion since April last year in multiple tranches.

The company has also been aggressively acquiring companies to bolster its presence across categories. In the past, Byju's had acquired TutorVista and Edurite (from Pearson in 2017) and Osmo in 2019. Last year, the company had bought the coding training platform WhiteHat Jr for USD 300 million and in April this year, it acquired Aakash Educational Services Ltd (AESL) to bolster its presence in the test preparation segment in the country.

In July this year, Byju's had announced the acquisition of Singapore-headquartered Great Learning in a transaction valued at USD 600 million (about Rs 4,466 crore), and said it will invest an additional USD 400 million to strengthen its position in the professional and higher education segment.

It had also announced the acquisition of US-based digital reading platform Epic for USD 500 million (around Rs 3,729.8 crore), and an additional USD 1 billion (about Rs 7,459.7 crore) investment in the North American market in the same month.