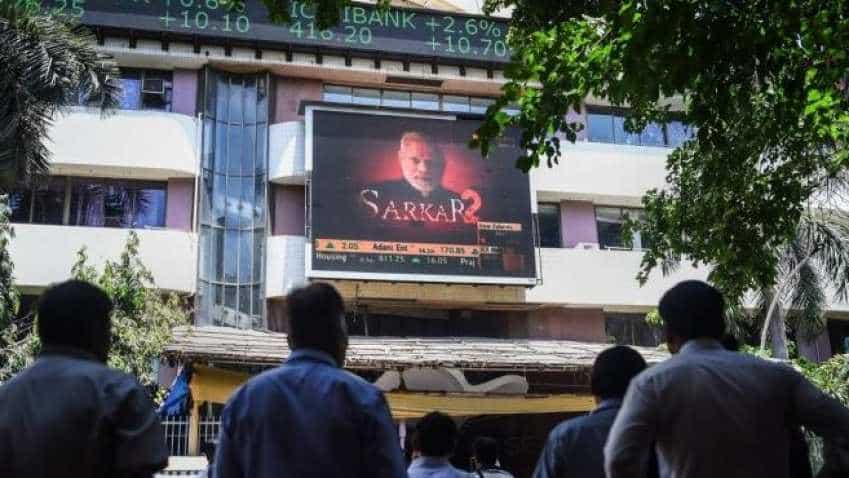 Experts are still evaluating the markets on the bullish sides but it is difficult to understand the head to head movement further. PTI

Indian citizens have given a huge mandate to BJP-led NDA with Narendra Modi as the PM. PM-elect Modi will have swearing-in ceremony on 30th May. While the domestic stock markets are expecting few things from Modi 2.0. Benchmark indices, Sensex and Nifty50 managed to touch record highs at the opening hours on 23rd May (Lok Sabha Elections Results day), going past 40,000 and 12,000, respectively. However, the last few sessions have been flat as quarterly (Q4) earnings of many companies are still awaited.

Experts are still evaluating the markets on the bullish sides but it is difficult to understand the head to head movement further, amid tensions between US-China trade war, upcoming monetary policy and expected policy changes on central front. NDA has won the elections and any movement will be the projection of coming fiscal.

Ankur Maheshwari, CEO Equirus Wealth Management said, “This is a very clear result. There will be stability from an economic point of view and this is highly positive for the markets. On the other hand, the Nifty trailing PE is close to 29 and this is not a cheap market. There is a trade war between the US and China. Systematic Transfer Plans are a good way of reducing risk in such circumstances. In terms of segments , mid and small caps have corrected strongly over the past 12-18 months. Such companies tend to rally in a bullish phase and hence investors should have some exposure to them.”

Shishir Baijal, Chairman & Managing Director, Knight Frank India explained, ''This has been a culmination of a long draw process which has led to the mandate of NDA for the second term. A majority government is a strong point for economic growth as it instills confidence of continuance and unhindered policy decisions. With the second term, we expect the government to continue with its growth policies including the infrastructure development. We are sure the government’s focus on the Housing for All policy will be paramount. We congratulate the new government for its victory.”

Dharmesh Kant, Head of Retail Research at IndiaNivesh Securities said, ''As expected, markets have cheered Mr. Modi's comeback, a sign that foreign and domestic investors alike view him as a strong leader. We expect the markets to continue to be bullish going forward this year. From here on, any meaningful correction on the backdrop of global volatility will be lapped up by markets. Our advice is to buy corrections and stay invested.”