Anil Singhvi, Managing Editor, Zee Business, says, a good monsoon is good for the market, the country and the economy. 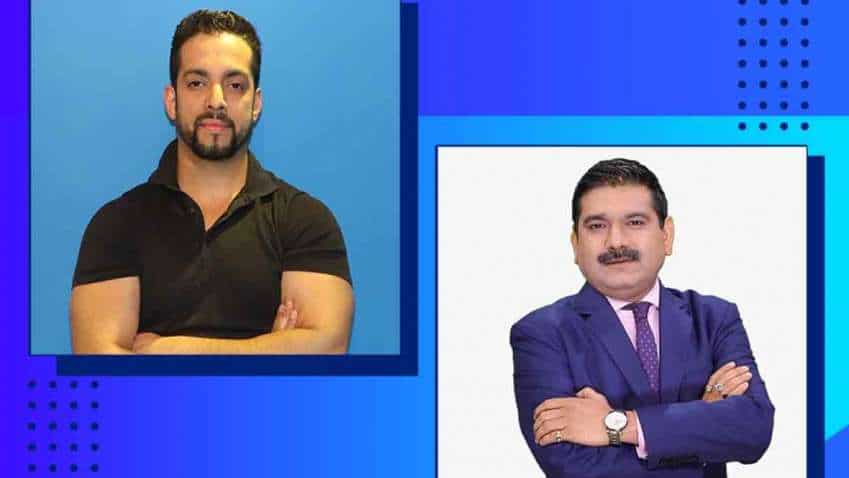 During a candid radio chat with RJ Salil Acharya, Radio City, 91.1 FM, Mumbai, Mr Singhvi said People can make a fresh entry into the market after there is a correction as the markets are overbought.
Written By: Jitesh Kumar Jha
RELATED NEWS

Anil Singhvi, Managing Editor, Zee Business, says, a good monsoon is good for the market, the country and the economy. During a candid radio chat with RJ Salil Acharya, Radio City, 91.1 FM, Mumbai, Mr Singhvi said People can make a fresh entry into the market after there is a correction as the markets are overbought. The first correction will happen in NBFCs and Banking sectors and people should focus on those.

Starting the radio chat, RJ Salil said, greenery is visible everywhere. The rains have reached early in Mumbai, and I think it has some effect too. Earlier, we were told that even Monsoon can have a huge impact on the stock markets. Is there anything like this even today? To which Mr Singhvi said yes, it is there and a very strong monsoon is expected for the fourth year in a row. Or else just think that it will be a dry year then it is obvious that everyone’s purchasing power weakens, fewer crops are produced, and farmers’ income reduces. It has an impact on the rural economy. So, Indra Dev, the Rain God, is kind and it is good for the market, the economy and the country. There is no doubt about it.

In his next question, RJ Salil mentioned an article about the two-wheeler industry which is facing a lot of problems as well as the four-wheeler industry and it includes companies like Maruti and Hero among others. Obviously, the demand has been a bit low in the last 3-4 months. Do you think going forward, we might see little hindrances or speed breakers in the two-wheelers and the auto industry? Mr Singhvi in his reply said everything depends on CORONA. If the cases of CORONA will not increase back then everything is fine and if it increases then the again, we all will get packed in the house, less work and naturally the earnings will go down leading to fewer expenses. So, I believe that if we stop till the second wave and manage ourselves then it is good but if the third wave strikes then again it will have an impact on the earnings of these companies. But you would have noticed that after the first wave, the sales increased in a way as if people were eager to buy all the vehicles immediately. When the second wave struck then people stopped a bit. So my point is that everything will depend on if the cases of CORONA do not increase again, the year, i.e. this financial year, is going to be very tremendous for the auto industry.

Continuing the chat further, RJ Salil asked, meanwhile there was some stress on electric cars and non-utilisation of fossil fuels, perhaps some concessions will be granted in it. Do you think that this is possible in India and some companies – there are few companies like Tesla among others are present in abroad market – are there in India where it is possible. And do you feel that we will be able to see something like this in the next few years due to which these companies will turn very profitable? Mr Singhvi said, it is possible, the government has focus on clean energy and green fuel and it is promoting electric vehicles by incentivizing them through all kinds of schemes. On the other hand, the government is moving very fast towards blending ethanol in petrol and has allowed 20% blending of ethanol in petrol from 2023. This means, the government wants to reduce its import bill as a big money goes – the dollars - to the crude oil, which is imported to India, which increases the import bill. So, crude has already crossed the $70 per barrel. The second thing is that there should be clean energy and green fuel and for the purpose ethanol blending, and the use of electric vehicles is important. So, I think, both of these two spaces are very interesting, where you can get a good opportunity to earn good money in the future.

After this, RJ Salil asked about the recommendation by Mr Singhvi to which he said the market is very strong and is nearby the lifetime high. When it is near the lifetime high, you should wait for a correction, a slight shock may be felt by the market, and you should buy during the shock. So, I feel the markets are a bit overbought and if you want to make a fresh entry then wait and at a time of entering, if you get NBFCs and Banks at lower levels – because the first correction will be seen in this segment, especially in the public banks and companies – then you should focus on those. But you have to buy them next week or in the next 10 days not now.