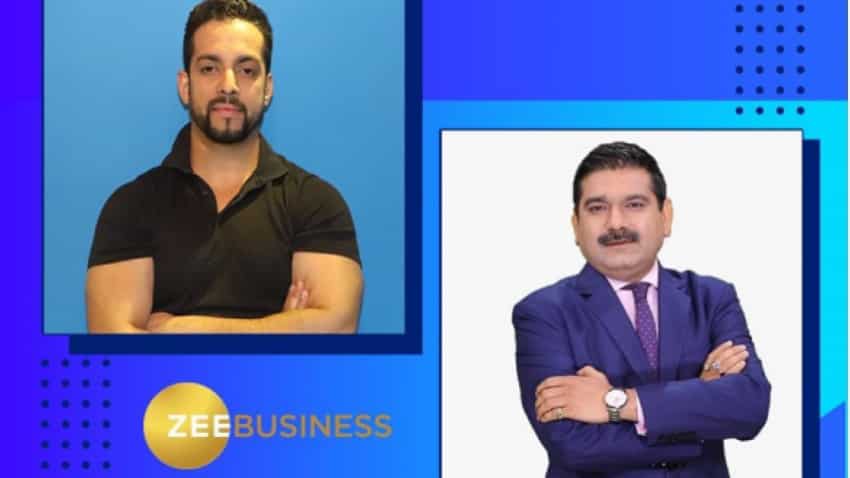 Anil Singhvi, Managing Editor, Zee Business, says, we are trying to know where the market will make its top and a show, 'Bazaar Ka Top...Kab, Kahan Aur Kaise?' related to it will run on our channel on the weekend.
Written By: Jitesh Kumar Jha
Edited By: Jitesh Kumar Jha
RELATED NEWS

Anil Singhvi, Managing Editor, Zee Business, says, we are trying to know where the market will make its top and a show, 'Bazaar Ka Top...Kab, Kahan Aur Kaise?' related to it will run on our channel on the weekend. During a candid radio chat with RJ Salil Acharya, Radio City, 91.1 FM, Mumbai, Mr Singhvi said, people can buy IT shares when there is a correction of 4-5%.

Starting the radio chat, RJ Salil said, people are asking is it a right time to enter the market or wait and is this the maximum it can go, we don't know but there is a person, Anil Singhvi of Zee Business, who knows it. To which Mr Singhvi replied by saying, I wish as you are saying that I know it and hopefully I knew it. But yes, we are trying to know it and a show related to it will run on our channel today and on the weekend. It has been named as 'Bazaar Ka Top...Kab, Kahan, Aur Kaise?'

Continuing the chat further, RJ Salil, said, this means everyone is trying to know this and people are also afraid of it because it is like an unchartered territory, where no one has gone, and people get scared by thinking about it because risk comes in everyone's mind. So, do you see a big upside from here or do you feel that it has reached the very top of the Mount Everest? Mr Singhvi in his reply said that no, the formula is saying that still there is an upside, but before a major correction, meanwhile, you can get small correction between 3-5% from the upper levels. But a larger correction is not visible at the moment and before that the Nifty can show some more strength and a lot of bullishness is still left, for this year. He added, in this research, we have tried to answer three questions: (i) The level to which the market can reach in this bull run? (ii) If there will be a correction then when will it happen? and (iii) If it will come then what can be its range? And the good thing is that in the response to these questions, we can see that there is no scope of a major fall in the correction. You can say that the correction is likely to be in the range of 13,200-13,800, i.e. almost 7-8% from this level, which is fair and is not a big deal if it reduces 8-10% from after this increase.

After this, RJ Salil enquired about the sector where there is a huge gap and Mr Singhvi said buy IT (Information Technology) stocks. They are posting amazing results, whether it is Infosys or Wipro or TCS, and you would have seen that the stocks fell by almost 3-4%, which was a great opportunity. Whenever you see a correction of around 4-5%, you can buy the IT share of your choice. TCS has crossed its buyback price, Wipro is going to it and this is going to happen even in Infosys. In fact, the results that are being announced and the commentary for the entire year that is coming out from the management of the IT shares is amazing. I would like to say that I have not heard such a strong commentary for many years. So, I think, IT shares are still the play/ theme (Baazigar) for the year. So, buy IT shares, only IT shares.