During a candid radio podcast chat with RJ Salil Acharya, Radio City, 91.1 FM, Mumbai, Mr Singhvi suggested that people can buy stocks related to coffee, tea and sugar and keep those in their portfolio. 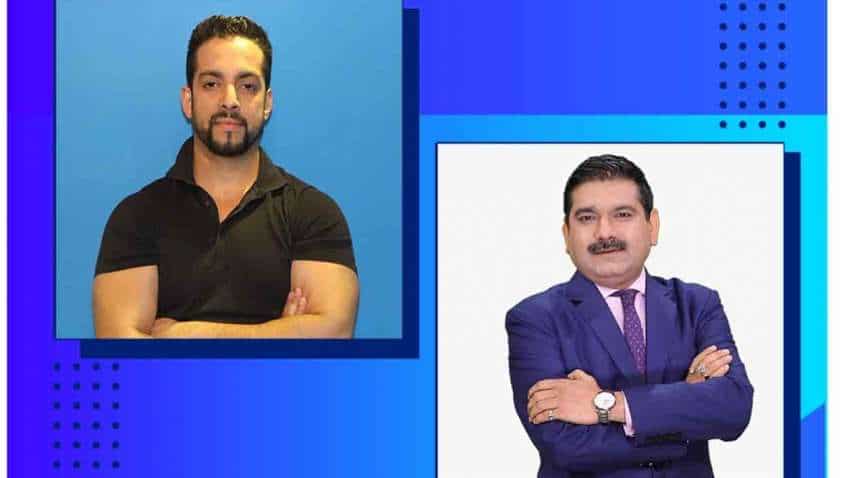 RJ Salil started the podcast by talking about Zomato, he said, after your prediction, similar predictions are coming from all sides and the stock is continuing to rise and is trading 85-90% above the listing gains.
Written By: Jitesh Kumar Jha
RELATED NEWS

Anil Singhvi, Managing Editor, Zee Business, says, Vaccination reduces life risk due to CORNA and the increasing pace of vaccination gives a sense that the next six months is very exciting for the economy. During a candid radio podcast chat with RJ Salil Acharya, Radio City, 91.1 FM, Mumbai, Mr Singhvi suggested that people can buy stocks related to coffee, tea and sugar and keep those in their portfolio.

RJ Salil started the podcast by talking about Zomato, he said, after your prediction, similar predictions are coming from all sides and the stock is continuing to rise and is trading 85-90% above the listing gains. People try to wash their hands in the running water of the Ganges. So, will the stock (Ganga) rise further? To which Mr Singhvi said, the water level is quite high this time and the monsoon is good, so don’t just wash the hands but take a dip in the Ganges, I think, it will rise further, and long-term investors should hold Zomato for a minimum target of Rs 175-200. A good thing has happened and that is that businesses of the new era are being listed. Loss-making unicorns, the start-up companies are being listed and the market is liking those, which means such businesses can also succeed in the capital market of India. So, I think, Zomato has opened a new chapter that is different and now many similar companies will come like MobiKwik, PayTM and many more. People interest will be generated in such kinds of IPOs, and you will get an opportunity to build a diversified portfolio. So, my suggestion to all the investors would be that they should keep a small part of their portfolio in such companies because if money is made in it then it will be huge, it turns manifold, so, you should try your hand in it.

Continuing the chat further, RJ Salil said, nowadays, people have come up with amazing ideas in which they create separate DEMAT account in the name of different family members. My friend did it with Zomato, there are six people at his house, and he opened six separate DEMAT accounts and applied for 1 lot from every account, however, he received just one lot. But I think, it is an intelligent method of maximizing your gains by remaining within the scope of the system. Right? To this, Mr Singhvi said, 100%, the number of family members you have, open those many accounts, and simply apply for a single lot, for up to Rs 15,000. No need to make applications for Rs 2 lakhs because the way these IPOs are filling, allotments will be made only through lottery. So, the first thing is that open accounts by the name of every family member, make applications for 1 lot from each account and then start praying till the allotment is done, listing happens, asking for a single lot of the stock for which application has been filed.

In his next question, RJ Salil said, in the last one year, many people had faced problems related to banks -like Punjab National Bank and PMC among others - and their deposits in which they were not able to withdraw their deposits. But there is a big change in which the government has announced that it will take a guarantee of up to Rs 5 lakh. What does it mean? To which Mr Singhvi said, the government made a law in the Parliament and has passed it and under the law, if you have any money in any bank in form of deposits then you will get that money, it has been insured. The limit of this insurance is Rs 5 lakh per account/person, this means if you have an account in any bank, it can be a savings bank or an FD, all the different types of accounts you have, combining all those, your money up to Rs 5 lakh is safe.

To which RJ Salil asked, earlier the limit stood to Rs 1 lakh. Mr Singhvi said, yes, earlier it was at Rs 1 lakh and later it was increased to Rs 2 lakh but now it has been increased to Rs 5 lakh and it is applicable on all the banks. The second thing, which is better is that if the bank goes bankrupt or is in a trouble then this money will reach you within 90 days. This is a second big relief, which means you will not have to be worried about how long, i.e., a year, two or five, it will take by which you will get your money or you will not get it. You will get at least Rs 5 lakhs within 90 days. This is a big change, so, it is a big relief for a deposit holder, and I will suggest that those who do not hold the big deposit in banks can open accounts in three to four banks and keep their limit up to Rs 5 lakhs, so that, your bank is closed – wish it does not happen – then your deposits up to Rs 5 lakh is safe.

RJ Salil in his next question asked, there have been some problems in some big banks in the last two to three years, so is there any possibility that our investors can expect that they will get their complete money in the coming few days or they will have to lose some money. Because many big housing societies had their money in big banks. Mr Singhvi in his reply said, I think, they will get it, they will get the deposits and should get it. Possibilities are there. The RBI is doing a good thing that instead of shutting down the banks, it is thinking about transferring the bank to some strong bank or some other bank. In that sense, if you have shares of the bank that went bankrupt then you don’t have any hope as equity shareholders will not get anything. But if you deposit, you will be saved.

After this, RJ Salil said, nowadays, you have started discussions about the tea and coffee, it is just not limited to drinking them, but you are saying that there is a stir in the stock market about it. To which Mr Singhvi said, there is a tremendous action regarding all food and beverage items. You can see those stocks like Zomato and Jubilant FoodWorks and others have run a lot but there is a space, which is getting stronger, tea, coffee, and sugar. Sugar prices are trading at 52-week highs, it is running at 52-weeks high in the global market. Coffee prices, you will be surprised, has increased by 4-45% in the global market, in the last one month.

To which, RJ Salil asked, what is the reason behind it, just because they are in small numbers or something else is a reason? And, Mr Singhvi said, it is a good question the crop has been bad in Brazil. There has been a temperature mismatch in the country, and it is being said that around 40-45% of the crops have spoiled there. Brazil is the biggest producer of coffee, it is also a large producer of sugar, which means all the crops are being spoiled there due to which the prices of coffee have increased a lot, globally. So, you have just two options one is that drink a lot of coffee at a time so that you will not have to drink it in the future at cheap prices. The second option is that buy shares of coffee and keep them in your portfolio. So that the prices of the shares will increase with the price of the coffee, and you get a benefit of the same. So, coffee and sugar are strong, but you know that tea and coffee are asked together, so, gradually the shares of tea will also become strong. So, there is a recommendation that you can buy stocks related to coffee, tea, or sugar, whichever you like.

RJ Salil said, it is a good thing and Indians like tea a coffee a lot and tea the most. I think, a lot of things will change in the coming future. If we will talk about America then, they have said that the pre-pandemic-like environment has started for business and trade. So many people have started working there. Now, gradually, things are being opened in Mumbai as well and production is being restarted. Do you feel that this time our turnaround may be a little quicker or will still be slow as everyone is waiting for the third wave? In his reply Mr Singhvi, first, who is saying such a thing that there is a pre-pandemic-like environment in America, I think it is far better than that, in fact, people are going mad there. Go to a departmental store, especially in North America, shelves are empty, and people are standing in queuing outside the departmental stores ready to buy the products. The consumption is awesome. As far as, we are concerned, it will take some time, although, things are back to track in India as well. But fear will always be there. Corona is such a thing that it will go but the fear will remain. Due to this fear, we will slowly get into recovery mode, and everything is ok, and I think we are heading towards recovery, and it seems that the next six months will be better in comparison to the past six months. So, both things will happen, consumption will increase, and travel and tourism will also start increasing. Gradually, the vaccination is also going up and post-vaccination, the biggest comfort is that life risk due to CORONA reduces a lot, it becomes almost nil. So, even if you are infected with CORONA then it is not life-threatening for you. So, I think that the next six months is very exciting for the economy.