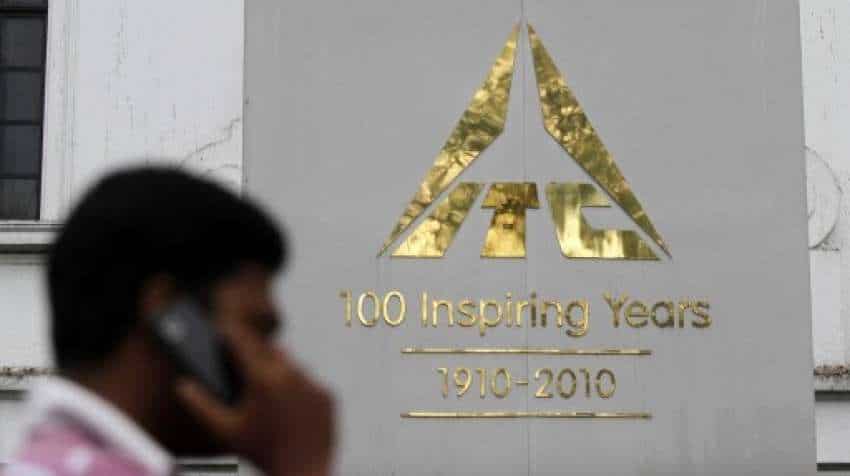 At around 12:23 pm, the stock is trading over 6.5 per cent to Rs 230.35 per share on the BSE: PTI
Written By: Vaibhav Gautam Bansode
Edited By: Ravi Kant Kumar
RELATED NEWS

Fast-moving consumer goods (FMCG) company ITC's share price has jumped 8 per cent to Rs 233.3 per share, hitting a 6-month high on the BE intraday trade on Thursday. Market analyst Simi Bhaumik says he has never witnessed such a rally in the Index heavyweight.

The counter has surged near 10 per cent in the last one month as against over 11 per cent rise in the BSE FMCG index, which was up over 11 percent during the same time period.

Another analyst and Choice Broking Executive Director Sumeet Bagadia said the overall FMCG sector is buzzing, however, ITC has been an underperformer and trying to catch up the trend and expects the price would reach Rs 240-250 per share immediately, with support of Rs 215 apiece.

Even Bhaumik believes the same about the scrip, she says, an immediate surge of Rs 245-250 per share is visible in another 10 days, as the stock looks good on charts. The analyst adds, if we see a closing of Rs 226 per share today, the stock has more reason to surge ahead as it's aportfolio stock.

During 110th Annual General Meeting (AGM), ITC’s chairman and managing director Sanjiv Puri had told shareholders that digital and sustainability, the two defining trends of the new normal, are going to be ITC’s focus in the years ahead and it will continue to explore opportunities anchored at the intersection of these two.

Disclaimer: The views/suggestions/advices expressed here in this article is solely by investment experts. Zee Business suggests its readers to consult with their investment advisers before making any financial decision.