Investors in India, as well as outside, were in for a jolt Monday as negative sentiment due to Turkey currency crisis hit the stocks and Indian rupee. 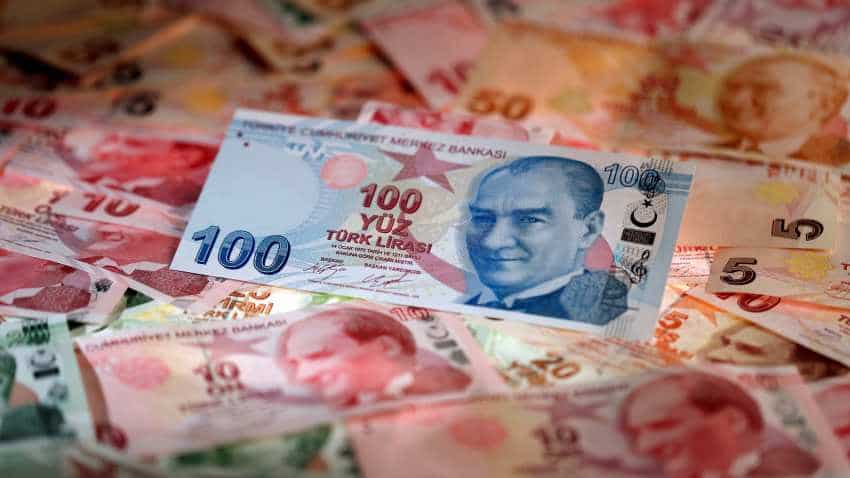 Investors in India, as well as outside, were in for a jolt Monday as negative sentiment due to Turkey currency crisis hit the stocks and Indian rupee. While the benchmark equity index BSE fell around 300 points in the morning trade, the rupee ended at an all-time low of 69.93 against the US dollar. At the end of the day, Sensex closed 224 points down at 37,645, while Nifty settled 74 points down at 11,356.

Globally, stocks hit a record one-month low under the impact of worsening Turkish currency crisis. The falling Turkish currency lira persuaded investors to flee to safer assets like government bonds and currencies like dollar, Swiss franc and yen from equities and emerging markets.

The MSCI slumped 0.5 per cent as Lira plunged to record low. Investec economist Philip Shaw told Reuters, "There's a risk-off mood generally triggered by the Turkish currency sell off, and we are seeing a wider sell-off now, and it`s looking pretty ugly in other emerging markets as well."

During the early trading in Europe Monday, London's 100-share index was down 0.5 per cent. German and French share markets were also down by similar amounts. Not just the rupee, currencies of emerging markets like South African Rand and Mexico's Peso went down 2.5 per cent Monday.

At a time when the global market is jittery over a rising threat of trade war, the Turkish crisis put emerging economies like India at a very vulnerable spot.

ALSO READ | Explained: What powered Sensex to 38,000 for the first time in history

Why lira has plunged

The Turkish currency fell more than 12 per cent Monday morning after slipping 16 per cent on Friday and around one-fifth in the entire last week's. Turkish currency latter pulled itself up to 7.24 with The Central Bank of Turkey (TCMB) intervening to ensure financial stability.  In the last one year, lira has slumped 50 per cent.

Turkey's economy has been facing trouble for the last many months. On Friday last, the United States increased the country's troubles by doubling import tariffs on Turkish steel and aluminium. The US decision came after Turkey refused to free an American pastor, who has been under detention in the country for around two years. Turkish President Recep Tayyip Erdogan has vowed not to let Ankara be "brought to its knees" and claimed of a plot against his country.
"The plunge in the lira, which began in May, now looks certain to push the Turkish economy into recession, and it may well trigger a banking crisis," Andrew Kenningham, chief global economist at Capital Economics told Reuters. "This would be another blow for EMs as an asset class," he added.

The Current Account Deficit of Turkey stands at 5 per cent of its GDP, while the inflation rate is hovering around 16 per cent. It had touched 15.9 per cent last month.