India’s largest private lender HDFC Bank has decided to speed up the issuance rate of new credit cards and has set a target of 5 lakh cards every month in the next two quarters of fiscal 2022. 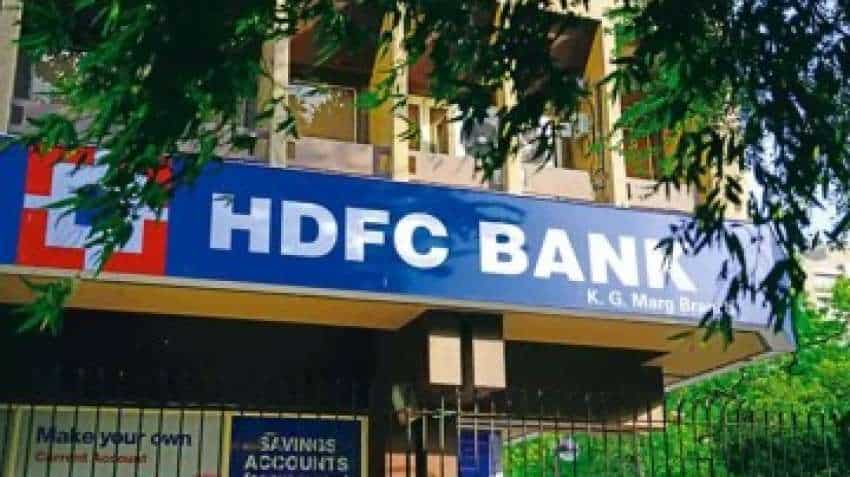 The bank has set a target of 5 lakh cards every month in the next two quarters of fiscal 2022: PTI
Written By: Vaibhav Gautam Bansode
Edited By: Ravi Kant Kumar
RELATED NEWS

India’s largest private lender HDFC Bank has decided to speed up the issuance rate of new credit cards and has set a target of 5 lakh cards every month in the next two quarters of fiscal 2022.

The Reserve Bank of India last week partially revoked the ban on HDFC Bank from issuing new credit cards, while the ban on launching new technology initiatives remained. The RBI, in December 2020, had imposed both the bans, after repeated instances of technological outages at the lender.

HDFC Bank also said, the lender will bring back the lost market share in the next four quarters, moreover, it will also relaunch the existing products and have been doing new strategic partnerships regarding the same.

On August 18, 2021, the private lender in its filing said that the RBI vide its letter dated August 17, 2021, has relaxed the restriction placed on sourcing of new credit cards and the Board of Directors of the Bank has taken note of the said RBI letter.

"The restrictions on all new launches of the digital business generating activities planned under Digital 2.0 will continue till further review by RBI. We will continue to engage with RBI and ensure compliance on all parameters," the exchange filing further said.

Even, the brokerages have increased their expectations with respect to the stock price and have raised the price target. Macquarie says the ban has been lifted before the festive season which starts from September and sees the company rolling out attractive credit card schemes with full force.

While, JP Morgan says, RBI’s reluctance to give a complete waiver for all digital initiatives is negative. It will need to raise technology spend materially and the partial ban would delay normalcy in new tech initiatives.

The stock on Monday jumped over 1 per cent to Rs 1530 per share on the BSE intraday, as compared to 0.55 per cent rise in the S&P BSE Sensex.