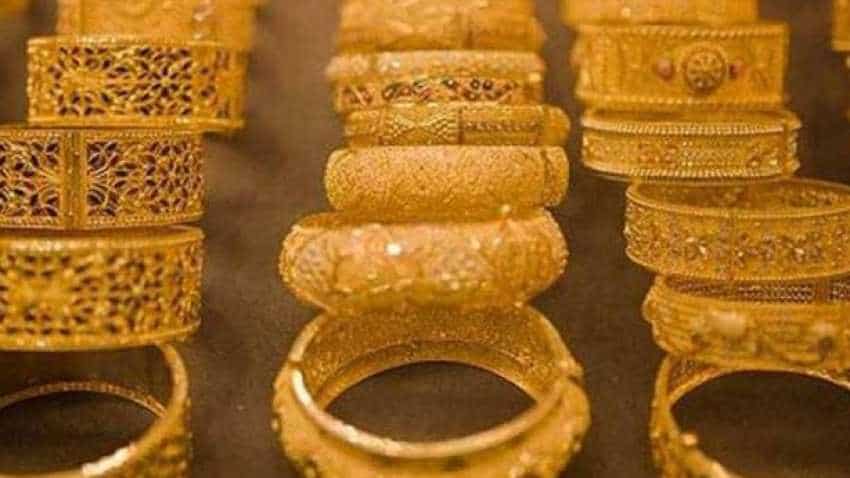 Gold held steady on Tuesday as bets on a pause in U.S. interest rate hikes and hopes of a Sino-U.S. trade deal put pressure on the dollar, but an improved risk appetite capped gains for the safe-haven metal.
Spot gold was little changed at $1,287.70 by 0148 GMT. It hit a more-than 6-month peak at $1,298.42 on Friday. U.S. gold futures eased slightly at $1,288 per ounce. "A weakening dollar and falling U.S. Treasury yields should keep gold pushing higher," said INTL FCStone analyst Edward Meir.

"Gold still has some room to move higher as the dollar is weakening and that would be an offset to stabilizing stocks," Meir said, adding if prices move above $1,300, it would reassure investors to add more long positions. The dollar index stood near 2-1/2-month lows as investors grew increasingly convinced that the Federal Reserve will not raise interest rates this year amid uncertainties over the U.S. economy.

On Friday, U.S. central bank chief Jerome Powell told the American Economic Association that the Fed was not on a preset path of rate hikes and it would be sensitive to the downside risks markets were pricing in. The 10-year U.S. Treasuries yield are down more than 50 basis points from its October peak of 3.261 percent.

Lower Treasury yields can translate into less demand for the dollar since the currency is used to buy bonds, a traditional safe haven. Gold gains when expectations of interest rate hikes ease because lower rates reduce the opportunity cost of holding non-yielding bullion and weigh on the dollar, in which it is priced.

Meanwhile, U.S. Commerce Secretary Wilbur Ross predicted on Monday that Beijing and Washington could reach a trade deal that "we can live with" as officials resumed talks. Asian shares extended gains for a third day on Tuesday.

Holdings of SPDR Gold Trust, the world`s largest gold-backed exchange-traded fund, saw some outflows on Friday. But, holdings are still at their highest since August 2018, underpinning demand for the safe-haven metal.

Palladium, meanwhile, slipped 0.1 percent to $1,298.49 an ounce, but was still in the vicinity of the record high of $1,313.24 touched in the previous session. The metal was trading at a premium to gold.