D-Street Corner: Cooling off oil fuel rally in auto stocks as market stage recovery; what should investors do on Friday?

The Indian market staged a smart rally despite trimming some gains in the afternoon session as benchmarks Nifty50 and Sensex settled with nearly one per cent gains weekly expiry day on Thursday. 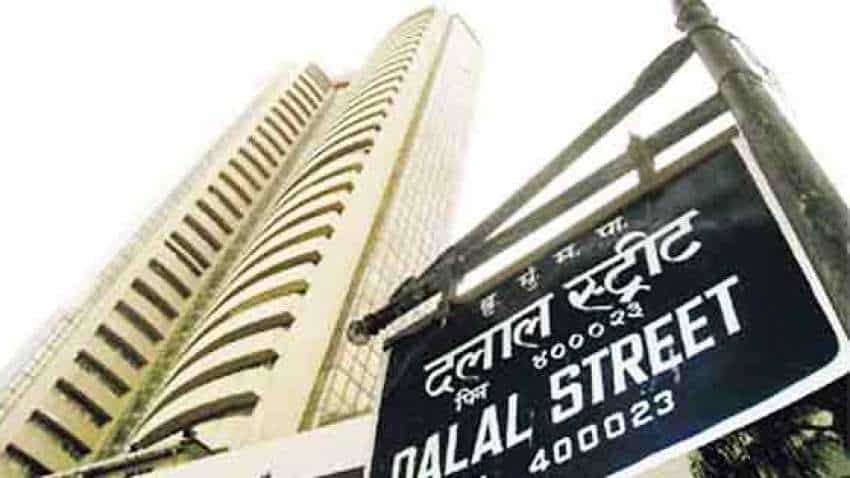 The rally was led by several factors including a fall in oil prices, advancement of Southwest monsoon and the Reserve Bank of India's data showing the country's foreign exchange reserves in nominal range. Source: PTI

The Indian market staged a smart rally despite trimming some gains in the afternoon session as benchmarks Nifty50 and Sensex settled with nearly one per cent gains weekly expiry day on Thursday. The rally was led by several factors including a fall in oil prices, advancement of Southwest monsoon and the Reserve Bank of India's data showing the country's foreign exchange reserves in nominal range.

From within the market, the maximum support came from auto stocks as Nifty Auto gained more than four per cent.

This was only visible in the performance of auto stocks as all five top gainers on the Nifty50 and the leading two stocks on the Sensex pack were from the auto space. Maruti, Hero MotoCorp, Eicher Motors, Mahindra & Mahindra and Bajaj Auto gained between 4-7% on the Nifty50.

Nifty midcap and small cap each gained 1.2% and 1.3% respectively. Among sectoral indices, Nifty Oil & Gas declined 0.4%, while all other indices sat comfortably in the green. Nifty IT, with nearly a two percent gain, was another top performer.

As the market bounced back from Wednesday's blow, here is what experts say about current trends in the market.

The advancement of the southwest monsoon beyond the Eastern parts of the country coupled with a cool off in oil prices buoyed auto stocks today, as they led charge on the benchmark Indices with good support from the IT stocks. Engineering Exports have looked up smartly in the first two months of the current fiscal, bringing some cheer to the bulls in an environment which is devoid of positive newsflows.

Weak global markets and recession woes following Fed Chair’s testimony failed to discourage Indian bourses. The domestic market is showcasing the potency to sustain the momentum in the short to medium term. A major part of the current uncertainties led by slowing economy & hawkish monetary policy have been factored in the market, however, FIIs are continuing their selling, limiting the trend.

Rupak De, Senior Technical Analyst at LKP Securities.
Nifty ended higher after a volatile trading session on the day of weekly expiry. On the daily chart, the Nifty registered a strong comeback after a day of decline in the previous session. The daily RSI is in positive divergence. The trend is likely to remain positive in the near term. Support on the lower end is placed at 15400; a close below 15400 may induce the resumption of a market sell-off. On the higher end, resistance is visible at 15600/15800

Nifty has stepped into a short-term consolidation mode recently and accordingly it is witnessing a range bound action. The index witnessed sharp swings near 15400-15600 on June 23. On the higher side, 15670-15700, which was earlier acting as a support zone, is now posing as a resistance zone as per the principle of role reversal. The Nifty is facing selling pressure as it is approaching this area. Unless the level of 15700 gets taken out on a closing basis the index is expected to stay in a consolidation mode. On the downside, 15400-15360 is the near-term support zone, below which the index can test the recent low near 15183.

Indian markets opened on positive note following Asian market peers. During the afternoon session markets trimmed some of their gains as European markets struggled to shrug off recession fears but managed to trade in green.

Buying in frontline stocks such as Maruti Suzuki, Asian Paints and Bharti Airtel were aiding sentiment, while selling in Power Grid, Titan Co and NTPC kept the gains in the markets in check. Traders were encouraged as Prime Minister Modi said the government expects the Indian economy to grow by 7.5% this year.

Additional support came with RBI data showing that the country's foreign exchange reserves in nominal terms, including valuation effects, rose by $30.3 billion in 2021-22 fiscal against $99.2 billion expansion in FY2020-21.