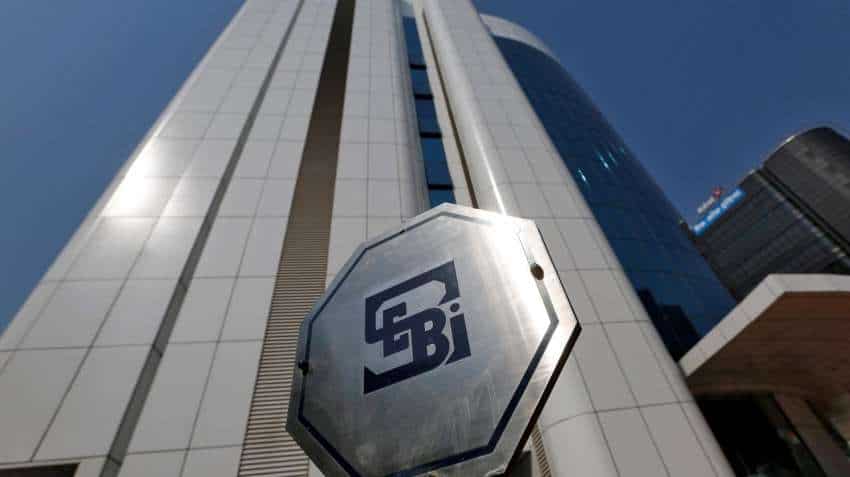 The Securities and Exchange Board of India (Sebi) has sought comments from the public till July 16 on the discussion paper. Source: Reuters
Written By: PTI
RELATED NEWS

Sebi on Friday proposed a new framework for delisting of equity shares of a company following an open offer as part of efforts to make merger and acquisition transactions for listed companies more rational.

Upfront disclosure of the intention to delist the target company at the time of making an open offer by the acquirer concerned is among the key proposals, which are also aimed at balancing the interests of all investors in the process.

In a discussion paper, Sebi said the proposed framework should be made available only in the case of open offers under the Takeover Regulations for an incoming acquirer that is seeking to acquire sole or joint control of the target company.

The Securities and Exchange Board of India (Sebi) has sought comments from the public till July 16 on the discussion paper.

A sub-group of Sebi's Primary Market Advisory Committee (PMAC) has made various recommendations regarding the delisting process for a company post an acquirer's open offer amid certain issues with respect to existing norms.

The recommendations of the sub-group mainly relate to the disclosure of intent to attempt delisting upfront, delisting price and takeover price, shareholder and stock exchange approval and delisting attempt after the open offer, Sebi said.

If an open offer is triggered by an acquirer buying more than 49 per cent from a large exiting shareholder and/or through a fresh issue of shares (preferential allotment) by the listed company, then the acquirer's total shareholding might go up to 75 per cent of even 90 per cent.

In such a scenario, under the provisions of Sebi (Substantial Acquisition of Shares and Takeovers) Regulations, 2011, the acquirer's shareholding may go 75 per cent and perhaps even 90 per cent -- between 49 per cent and 64 per cent under the agreement(s) and 26 per cent from the public shareholders, Sebi observed.

"It has been represented that such directionally contradictory transactions in a sequence pose complexity in the takeover of listed companies and dissuade an incoming acquirer from seeking to acquire control over listed companies," Sebi said while issuing the discussion paper.

As per the sub-group recommendations, the acquirer must state upfront in the first public announcement triggered by the mandatory tender offer as well as in the detailed public statement, whether delisting is intended or not.

In an indirect acquisition, the intention to delist may be stated initially in the detailed public statement.

According to the recommendations, in case an acquirer states upfront that it opts for the company concerned to remain listed and the total shareholding is above 75 per cent, then the acquirer should exercise certain options.

The acquirer may opt for proportionately scaling down purchases such that the 75 per cent threshold is never crossed or ensure compliance with the minimum public shareholding requirement within the stipulated time frame.

The minimum public shareholding threshold for listed companies is 75 per cent.

"The optionality would make it incumbent on the acquirer to make a conscious choice -- if despite being given the option of pro-rating a scale-down in the purchase, the acquirer does not opt for it, then the acquirer cannot complain about being dragged in opposite directions by the law," it noted.

The optionality would also be necessary because the exiting substantial shareholder may not be willing to agree to a partial exit and the acquirer may yet desire to go ahead with an open offer.

"If we make it mandatory to scale down and without giving a choice, fewer open offers may get contracted and that would hurt the public shareholders," the regulator said.

With regard to pricing, Sebi suggested that if the acquirer is desirous of delisting, a differential pricing must be proposed by the acquirer.

The open offer should not be lower than the minimum offer price under the current framework of the Takeover Regulations and there should be a higher price with a suitable premium, reflecting what the acquirer is willing to pay if delisting was successful.

In case the acquirer has announced its intention to delist, approval of shareholders in a general meeting with a positive vote by the requisite majority of the minority and the approval of exchanges may be retained.

These two conditions may be met at any time after the public announcement is made and before the tendering period starts, as per the discussion paper.

In case, delisting during the extended 18-month period is not successful, the acquirer must ensure compliance with minimum public shareholding within a period of 12 months from the end of such periods.

"Consistent with the current regulations, there should continue to be a six-month gap between two attempts at delisting and a minimum period of six months should lapse between the date of completion of the open offer and the next attempt at delisting," the discussion paper said.