The India markets on Wednesday closed at record high levels, with Sensex ending near 60750 level which Nifty above 18150 mark for the first time ever. 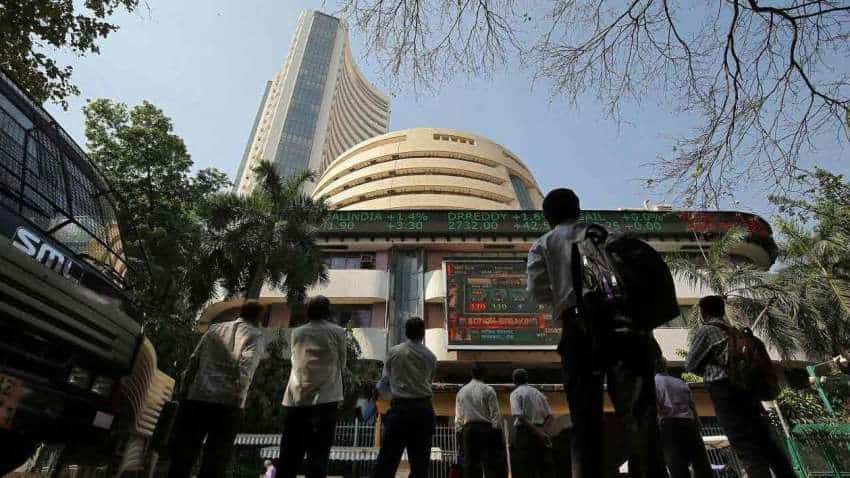 As many as 34 stocks advanced and 15 declined and one remained unchanged on Nifty50 index at the market close on Wednesday. Source: Reuters
Written By: Vaibhav Gautam Bansode
RELATED NEWS

The India markets on Wednesday closed at record high levels, with Sensex ending near 60750 level which Nifty above 18150 mark for the first time ever. The surge in the benchmarks is powered by auto stock as Tata Motors and Mahindra & Mahindra surge most in the trade.

“The Nifty with the gap up opening despite week global cues stand out very strongly during the day, on hourly charts, a continuous higher top higher bottom was seen and only last one hour was seen with profit booking across the market, this indicates that bulls are very much charged but profit booking is taking place at higher levels,” says Rahul Sharma, Co-Founder, Equity99 said in a note .

“Similarly, Bank Nifty with its record high gap-up opening and the fresh historical high was seen 38777 levels witnessed consolidation and profit booking as well, while some stocks from the index performed well during the day and by closing above previous day high at 38635 gives us signals that more strength is still there to reach next resistance, levels which are 38900-39000 levels, on the downside Support is placed at 38500-38350 levels.” Sharma said.

Japanese Nikkei 225 index was trading in the green around 7.20 am on Thursday. The index rose 264 points to 28,404. The index opened at 28,264points. Meanwhile, Hang Sang Index at Hong Kong Exchange remained closed on Thursday too amid Typhoon warning as the last traded day on the exchange showed October 12.

IT heavyweight HCL Technologies to become fourth Nifty company and also Indian IT major to report its second-quarter earnings for the financial year 2021-22 on Thursday. The Majority of the analysts predict that the overall IT sector’s margin would be under pressure as the same was seen during Wipro and Infosys results on Wednesday.

Besides HCL Tech, the other key results that are expected to announced today are Indiabulls Real Estate and Inox Wind, moreover, at least a dozen of companies to come out with their results today.

Constraints on financing are particularly severe for poorer countries, IMF Director of Fiscal Affairs Department Vitor Gaspar said. Noting that in 2020, fiscal policy proved its worth, he said the increase in public debt, in 2020, was fully justified by the need to respond to COVID-19 and its economic, social, and financial consequences. But the increase is expected to be one-off, he said.

The rupee on Wednesday rebounded by 15 paise to close at 75.37 (provisional) against the US dollar following a rally in domestic equities and weak American currency in the overseas markets.

At the interbank forex market, the rupee opened strong at 75.29 against the greenback. During the session, the domestic unit swung between 75.19 and 75.51. On Tuesday, the rupee had closed at 75.52 against the dollar.

The south Asian country slashed its base import tax on crude palm oil, crude soyoil and crude sunflower oil to zero from 2.5%, the government said in a notification.

Oil prices were flat on Wednesday after erasing earlier losses as surging fuel costs for power generation offset expectations that demand growth will fall as a result of major economies being under strain from inflation and supply chain issues.

That puts WTI on track to close at its highest since October 2014 for a fourth day in a row and keeps the U.S. benchmark trading in overbought territory.

Dollar pulls back from 1-yr high after inflation data

The dollar eased back from a one-year high on Wednesday as longer-dated Treasury yields fell after U.S. inflation data that showed prices rose solidly in September, advancing expectations for Federal Reserve tightening.

The consumer price index rose 0.4% last month, versus a 0.3% rise anticipated by economists polled by Reuters. In the 12 months through September, the CPI increased 5.4%, up from a 5.3% year-on-year advance in August.

Excluding the volatile food and energy components, the so-called core CPI climbed 0.2% last month, up from 0.1% in August.

Eight stocks – Bank of Baroda, BHEL, Indiabulls Housing Finance, Idea, NALCO, PNB, SAIL & Sun TV - are under the F&O ban. Securities in the ban period under the F&O segment include companies in which the security has crossed 95 percent of the market-wide position limit.