The Indian market ended the day’s session on a negative note after opening in the green on Wednesday as Sensex and Nifty each closed around 0.5 per cent lower, led by auto, IT and FMCG. 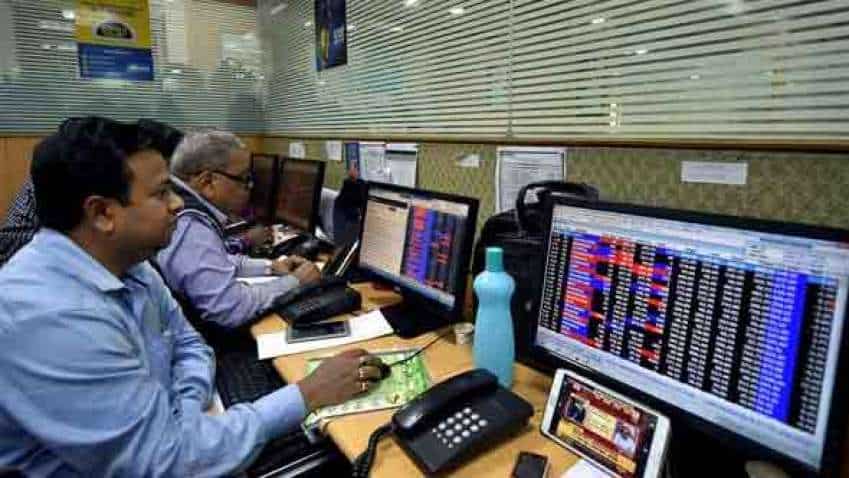 “Technically, on the daily chart the index has failed to sustain at higher territory as it has tasted the neckline of the Head & Shoulder pattern and moved lower again, which indicates some weakness for the coming day.”

The Indian market ended the day’s session on a negative note after opening in the green on Wednesday as Sensex and Nifty each closed around 0.5 per cent lower, led by auto, IT and FMCG.

On the sectoral front, Nifty IT, FMCG & Auto were the laggards while Media, PSU Bank have contributed marginal gains for the day. Stocks like Adani Ports, ONGC, Coal India were the top gainers while Tata Consumer, Maruti, Infosys saw the loss of nearly 2.5 per cent.

Sachin Gupta, AVP-Research, Choice Broking, “Technically, on the daily chart the index has failed to sustain at higher territory as it has tasted the neckline of the Head & Shoulder pattern and moved lower again, which indicates some weakness for the coming day.”

He added, the index, however the previous day, took good support at lower Bollinger Band formation and pulled up from 17200 levels, which acts as immediate support for the near term.”

Similarly, Vijay Dhanotiya, Lead of Technical Research at CapitalVia Global Research Limited pointed out, “Market research suggests that sustaining above 17400 will be an important level for the market to stay positive in the short term.”

“If the market is able to sustain 17400 level, it can witness a positive momentum in the market which can lead to 18000. The momentum indicators like RSI and MACD indicating early signs of reversal in the market”, Dhanotiya said in post market comment.

Asian Markets were seen trading positive in the early trade on Thursday. Japanese Nikkei 225 Index traded 240 points up to 29,541, Hang Seng of the Hong Kong Exchange and China's Shanghai Composite traded flat around 7.15 am.

SGX Nifty Futures was trading 14 points lower to 17,396 around 7.15 am, hinting flat opening for the Indian markets.

Oil prices were largely steady on Wednesday as investors questioned the effectiveness of a U.S.-led release of oil from strategic reserves and turned their focus to how producers will respond.

The United States said it would release millions of barrels of oil from strategic reserves in coordination with China, India, South Korea, Japan and Britain to try to cool prices after OPEC+ ignored calls to pump more.

54% don't want crypto to be legalised in India: Survey

Around 54 per cent people covered in a pan-India survey did not favour legalising cryptocurrencies in the country and instead pitched for treating them as digital assets held overseas, digital community platform LocalCircles said in a report.

LocalCircles said the study received more than 56,000 responses from people residing in 342 districts of the country, while the number of responses to individual questions differed.

In response to a question on how India should handle cryptocurrencies from a regulatory standpoint, 8,717 responses were received.

Markets regulator Sebi on Wednesday came out with operating norms for silver exchange traded fund (ETF), a move that will make it convenient for investors to have an exposure to such commodity in a transparent manner.

Under the norms, the regulator has specified guidelines on investment objectives of silver ETFs, valuation, determination of net asset value (NAV), tracking error as well as tracking difference and disclosure requirements.

Currently, Indian mutual funds are allowed to launch ETFs tracking gold. In a circular, Sebi said silver ETFs will have to invest at least 95 per cent of net asset in silver and silver-related instrument.

Government think-tank Niti Aayog on Wednesday proposed setting up of full-stack 'digital banks', which would principally rely on the internet and other proximate channels to offer their services and not physical branches, to mitigate the financial deepening challenges being faced in the country.

The Aayog, in a discussion paper titled 'Digital Banks: A Proposal for Licensing & Regulatory Regime for India', makes a case and offers a template and roadmap for a digital bank licensing and regulatory regime for the country.

Digital banks or DBs are banks as defined in the Banking Regulation Act, 1949 (B R Act), the paper said.

The Unstructured Supplementary Service Data (USSD) messages get displayed on the screen of mobile phones and are not stored like SMSes. This technology is widely used to display balance deduction in mobile phones where a message pops-up on the device screen after a call or outgoing SMS.

At present, the Telecom Regulatory Authority of India (Trai) has capped the price of a USSD session at 50 paise where each session can be completed in eight stages.

The euro fell on Wednesday after a survey showed German business morale deteriorated in November, while the Turkish lira remained under pressure as President Tayyip Erdogan defended rate cuts despite surging inflation.

German business sentiment worsened for the fifth month as supply challenges in manufacturing and a spike in coronavirus infections clouded the growth outlook for Europe`s largest economy. The Ifo institute said its business climate index fell to 96.5 from 97.7 in October.

Two stocks: Escorts, Indiabulls Housing Finance have been placed under the F&O ban on Tuesday. Securities in the ban period under the F&O segment include companies in which the security has crossed 95 percent of the market-wide position limit.