The Indian markets ended negatively for the second straight session on Monday, as Sensex slipped by over 1000 points from day’s high level and Nifty50 gave up key sentimental level of 17000-mark. 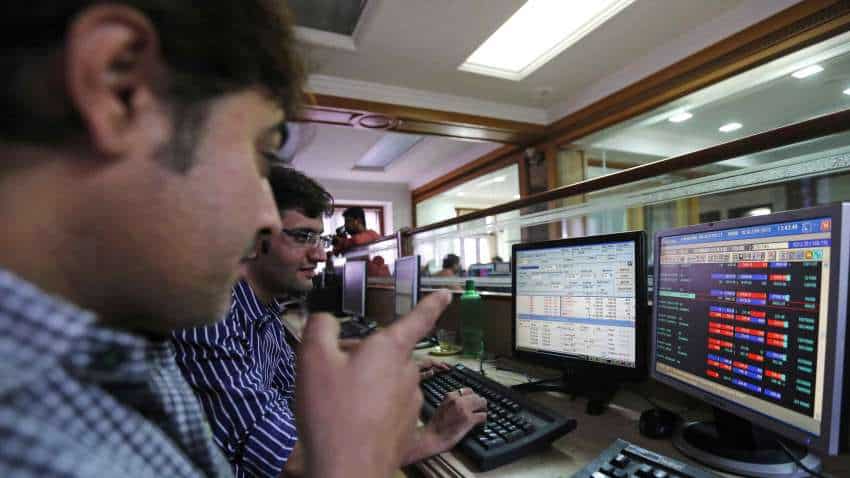 "The selling can be attributed to rising cases of omicron variant in India along with other countries whereas FIIs are also continuing to hold their hand on the sell button.”

The Indian markets ended negatively for the second straight session on Monday, as Sensex slipped by over 1000 points from day’s high level and Nifty50 gave up key sentimental level of 17000-mark.

Santosh Meena, Head of Research, Swastika Investmart Ltd said, “The Nifty50 is continuing its corrections after a minor pullback where it has again slipped below its 100-DMA. The selling can be attributed to rising cases of omicron variant in India along with other countries whereas FIIs are also continuing to hold their hand on the sell button.”

According to Meena, “There was a sharp selling on Tech stocks in the USA in Friday's trading session and the same was replicated in our market where the Nifty IT index ended with a cut of 2.7 per cent however there was broad-based selling as all sectorial indices that ended negative note.”

The research head at Swastika Investmart Ltd pointed out that the market may continue to remain volatile amid news flow related to the omicron variant.

“Technically, 16800-16700 is a critical support zone for the nifty where we can expect a bounceback while below this zone, 16400 will be the next important support level,” the analyst mentioned.

On the upside, 17000 will act as an immediate intraday resistance for tomorrow while 100-DMA of 17181 will be the next hurdle; above 100-DMA, we can expect a short covering move towards the 17300-17350 zone, Meena added in his post market comment on Monday.

All important Wall Street indices ended in the green despite Omicron covid variant continued to scare the market world over.  Dow Jones gained 1.87 per cent, Nasdaq Composite 0.93 per cent, S&P 500 1.17% and Russell 2000 surged 205 per cent in Monday's closing.

Majority of the Asian markets were trading positively on Tuesday morning. Japanese Nikkei 225 was trading 1.12 per cent up, while Hang Seng Index at the Hong Kong Exchange also gained 1.08% and Shanghai Composite was trading 0.26% higher.

SGX Nifty Futures was trading 86.50 points higher to 17,027.00 around 7.20 am, hinting at the positive opening for the Indian stock markets.

Oil rebounds towards $72 on Omicron hopes and Iran talks

Oil climbed by $2 a barrel towards $72 on Monday on hopes that the Omicron coronavirus variant would have a less damaging economic impact if its symptoms proved mostly mild and as the prospect of an imminent rise in Iranian oil exports receded.

Reports in South Africa said Omicron cases there had only shown mild symptoms and the top U.S. infectious disease official, Anthony Fauci, told CNN "it does not look like there`s a great degree of severity" so far.

RateGain Travel Technologies on Monday said it has raised Rs 599 crore from anchor investors ahead of its IPO (initial public offering) rollout on Tuesday.

The company has decided to allocate 1,40,90,136 equity shares to 34 anchor investors at Rs 425 apiece, valuing the transaction size to Rs 598.83 crore, according to a circular uploaded on BSE website.

The rupee on Monday plunged by 28 paise to hit its weakest level in eight weeks at 75.40 against the US dollar in line with massive erosion in domestic stocks amid concerns over the new Omicron variant.

Besides, rising crude prices in international markets and a surging greenback overseas also pulled the rupee back.

At the interbank foreign exchange market, the local currency opened weak at 75.22 and witnessed an intra-day high of 75.19 and a low of 75.45 against the US dollar in the day trade.

The local unit finally settled at 75.40 a dollar, down 28 paise over its previous close ? the lowest closing level for the rupee since October 12.

China Evergrande Group has set up a risk management committee as the cash-strapped property developer inches closer to a debt restructuring that has loomed for months over global markets and the world`s second-largest economy.

The real estate giant, which is grappling with over $300 billion in liabilities and is at risk of becoming China`s biggest ever default, said on Monday that the committee included officials from state entities and would play an important role in "mitigating and eliminating the future risks" of the group.

On Friday, Evergrande said it would seek to restructure its offshore debt after acknowledging that it may no longer be able to meet its financial obligations, prompting the provincial government of the southern province of Guangdong, where it is based, to step in to help manage the fallout.

The government on Monday said it is taking all steps to strengthen the National Company Law Tribunal (NCLT) to reduce delays in disposal of cases under the insolvency law.

In a written reply to a query in the Lok Sabha, Union minister Rao Inderjit Singh said that up to March 31 this year, in 252 of the 348 cases resolved under the Insolvency and Bankruptcy Code (IBC), "creditors have accepted realisation of 50 per cent or less of their admitted claims".

IBC provides a framework for market-linked and time-bound resolution of stressed assets.

One stock: Indiabulls Housing Finance placed under the F&O ban on Tuesday. Securities in the ban period under the F&O segment include companies in which the security has crossed 95 percent of the market-wide position limit.