The drones or unmanned aerial vehicles can inform  the nearest RPF post of the division to apprehend criminals in real time if any suspicious activity is noticed. 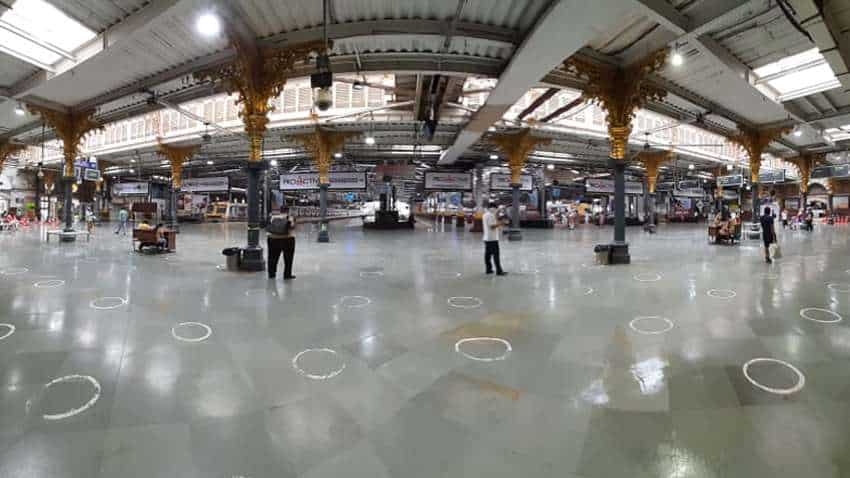 Indian Railways is all set to keep a hawk eye on Mumbai stations! Pic from https://twitter.com/Central_Railway (Panorama view of #CSMT suburban station.)

Indian Railways is all set to keep a hawk eye on Mumbai stations! The Mumbai division of the Central Railway is aiming at better and real-time surveillance of its station premises and other establishments on the back of two drones it procured recently for the Railway Protection Force (RPF). And, the drones will act as the CR's "eye in the sky" and will monitor the whole area. The drones or unmanned aerial vehicles can inform  the nearest RPF post of the division to apprehend criminals in real time if any suspicious activity is noticed, the CR said.

Two criminals were recently apprehended on a real time basis in Wadibunder Yard area in Mumbai and in the Kalamboli yard in Panvel while they were trying to commit theft inside railway coach /wagon stationed in the yard, the CR said. As per the CR, the beats of the drones are designed across the division based on railway assets, sensitivity of a given area, and activity of criminals.

"A team of four staff from Modernisation Cell of the RPF has been trained and obtained licence for flying these drones," said Shivaji Sutar, chief spokesperson of Central Railway. He said the drones have an operational range of 2 km and can fly upto 25 minutes. "They can also do real time tracking, video streaming and (operate in) automatic failsafe mode," Sutar said. He said drones will be useful for the inspection of railway assets and ensuring safety of yards, workshops, and car sheds.

They are also useful in the analysis of vulnerable sections for safe operations of trains, surveillance on disaster sites and coordinating with other agencies, besides napping of railway assets to assess encroachments.

The drones will be also useful in crowd monitoring during critical situations and festive seasons, the CR added.