Shah had made the announcement after a meeting with Delhi Chief Minister Arvind Kejriwal on Sunday over the COVID-19 situation in the national capital, where the disease has claimed 1,837 lives and infected 44,688 people so far. 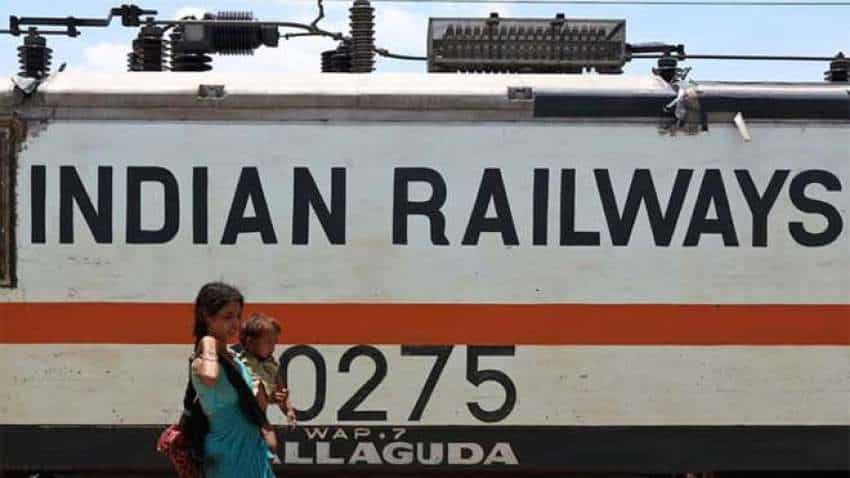 Out of the 503 isolation coaches deployed in Delhi for COVID-19 patients, 317 will be ready by Wednesday night, Photo: Reuters
Written By: PTI
RELATED NEWS

Out of the 503 isolation coaches deployed in Delhi for COVID-19 patients, 317 will be ready by Wednesday night and the rest by Thursday, the Northern Railways said. The coaches were deployed at nine stations in the national capital after Union Home Minister Amit Shah made the announcement as part of measures to contain the novel coronavirus pandemic, officials said.

Shah had made the announcement after a meeting with Delhi Chief Minister Arvind Kejriwal on Sunday over the COVID-19 situation in the national capital, where the disease has claimed 1,837 lives and infected 44,688 people so far.

Northern and North Central Railway General Manager Rajiv Chaudhary said all these coaches will be fully ready for coronavirus patients by Thursday, while 317 can house patients from tonight.

The officer said that each of these coaches can house 16 patients. This comes to around 8,000 beds for 503 coaches, Chaudhary said.

He said while all the coaches have been deployed, final touches like putting up mosquito nets and curtains, and installing dustbins, cleaning faucets and oxygen cylinders, are being completed.

The national transporter is using different methods to keep the inside of coaches cool, Chaudhary said.

"Temperature is an issue in isolation coaches. The view of medical experts was that temperature will not harm patients. We have made arrangements to cool the coaches through various means," he said.

Chaudhary said all the coaches have fans and "we have a paint that can reduce temperature, we can (also) sprinkle water".

"We assure you that the temperature will not be unbearable (inside the coaches)," he said.

The general manager said that at the Shakur Basti station here, there is a shed, so the temperature will be less inside coaches, while at other locations, "we are experimenting with different things".

The Railways has already started a series of trials to insulate roofs of 100 of the converted coaches in the Northern and North Central Zones as per standards prescribed by the Research Designs and Standards Organisation, a senior railway official told PTI.

These trials are expected to help reduce temperature inside the coaches by five to six degrees.

The Railways is planning to insulate roofs of all the 5,000 coaches that have been converted into isolation coaches, the official said.

The cost of insulating these coaches, by using a solution developed by IIT Mumbai, is estimated to be Rs 1 lakh per coach.

Earlier, a trial was conducted on around 100 coaches of the Humsafar Express, the Jan Shatabdi Express and the Antyodaya Express, using another 'Make-in-India' product 3M Scotchkote Polytech Exp RG700, officials said.

This product is a solar reflective coating which reduces heat inside any enclosure and can be applied on various metallic and non-metallic substrates, they said.

The Railways is also experimenting with special bubble sheets on roof of coaches deployed at the Anand Vihar railway station in Delhi. It has shown that temperature inside coaches can be reduced by 3 to 3.5 degrees, the officials said.

Chaudhary said that the plan is to have two air-conditioned coaches for every 22 COVID care unit coaches for the medical staff to rest in.

The isolation coaches in Delhi here are among the 960 converted coaches deployed so far in five different states in an effort to augment facilities for COVID-19 patients. While Delhi's Anand Vihar railway station has got the lion's share with 267 such coaches at its seven platforms, there are 50 each in Shakur Basti and Sarai Rohilla.

The Railways has deployed 33 coaches in Delhi Cantonment, 30 at Adarsh Nagar, 21 at Safdarjung station, 13 each at Tughlaqabad and Shahdara, and 26 at Patel Nagar.

Chaudhary also said that Delhi Deputy Chief Minister Manish Sisodia supervised the coaches at Shakur Basti station on Wednesday and expressed hope that patients will start arriving as and when needed.

The Railways also said that the Delhi government will deploy medical and paramedical staff and provide medicines for patients. The isolation coach facility at the stations will be linked to hospitals.

The maintenance and recharging of the facilities of coaches will be taken care by the Railways which include electricity and water supply, train charging, linen, PPE, sanitization and three oxygen cylinders per coach.

Each station will have a doctor and a liasoning officer from the Railways.