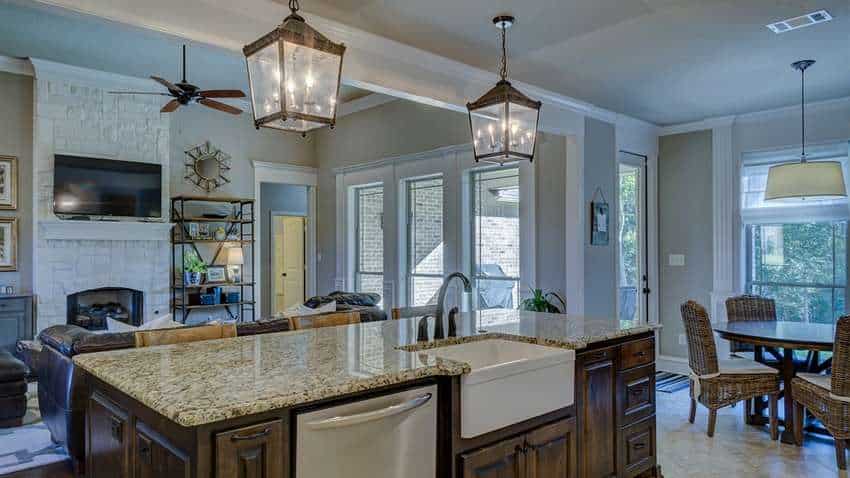 The interest in the smaller cities has been gradually increasing and the share increased to 27 percent in the first half of 2020. Pixabay pic.
Written By: Prashant Singh
Edited By: Harish Dugh
RELATED NEWS

Housing demand, which hitherto has remained dominant in the top 8 cities of India, is gaining momentum in Tier II & Tier III or 'shadow cities’ with the trend becoming more prominent post the nationwide lockdown, according to Housing.com.

- The recently launched Virtual Residential Demand Index states that the demand from small cities had been increasing steadily but saw a significant spike in August 2020.

- Overshadowing the metros, the index jumped to 210 points for 'shadow cities' compared to 150 for the metros post the nation entering into Unlock Phase 4.0

- Reverse migration of the corporate workforce and increased flexibility due to remote working is one of the key drivers cited for this surge in virtual residential demand.

- The report noted that, though development in ‘shadow cities’ has moved at a snail's pace, the current pandemic driven crisis, has brought structural changes, which has notably accelerated the process of deeper market penetration in 'shadow cities' across sectors.

- Driven by the thrust of increasing digitisation, and an aspirational consumer cohort in the 'shadow cities’, these cities now are exhibiting a readiness for big brands across the categories of fashion, luxury cars, jewellery and real estate among many others.

- The disruption in the economy and job uncertainty caused by the coronavirus pandemic led to a significant ‘reverse migration’ of the population --- both informal migrant population and employees in the formal service sector who have either lost their jobs or are working remotely.

- "The interest in the smaller cities has been gradually increasing and the share increased to 27 percent in the first half of 2020, as compared to 18 percent in the same period in 2019," the report said.

- "This reverse migration, with workforce moving back to their hometowns or smaller cities is one of the key drivers that is rallying the growth of not only the e-commerce platforms but is also surging the online search traffic for buying and renting residential spaces in the 'Shadow Cities'," the report said.

"On our Housing.com platform during the last few months, we have seen a noteworthy increase in interest levels for residential properties especially from non-metro cities such as Amritsar, Chandigarh, Vadodara, Nagpur, Vijayawada and Coimbatore," said Dhruv Agarwala, Group CEO, Housing.com, Makaan.com & PropTiger.com. "Our ‘Virtual Residential Demand Index’ shows this trend more saliently post May 2020," he added. Going forward, Agarwala said “reverse migration driven by remote working could have "powerful reverberations" on the future of residential demand.”