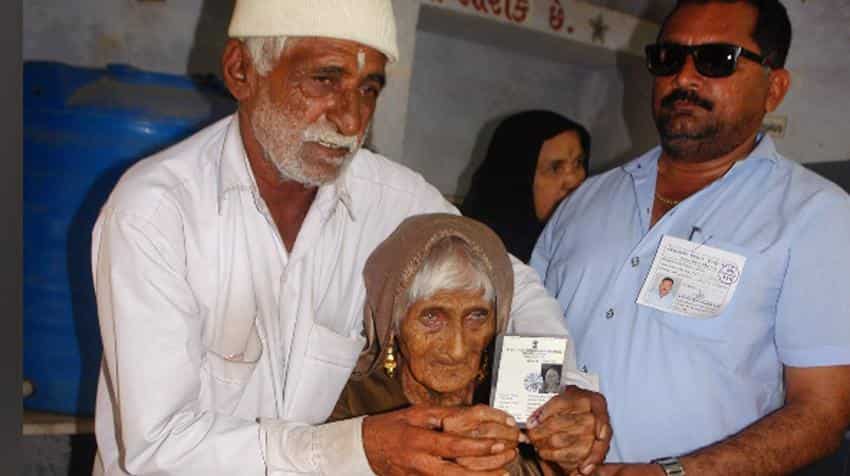 From first-time voters to centenarians, cricketers and even brides and grooms, Gujarat saw people of various hues coming out to exercise their franchise in the first phase of assembly polls today.

Voters from different sections of society queued up this morning outside the polling boots in 89 seats spread over south Gujarat and Saurashtra.

Chief Minister Vijay Rupani, contesting from Rajkot (West), was among the early voters in his constituency. 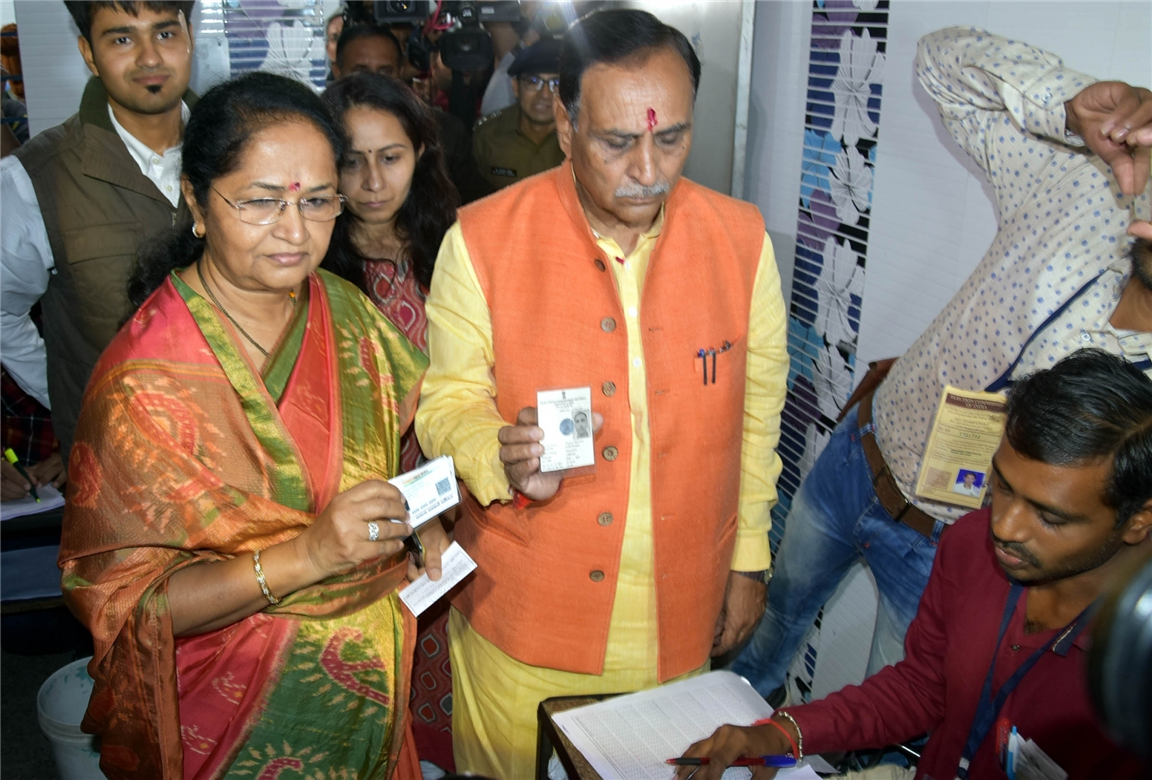 "I have cast my vote and would appeal to all voters to come out in large numbers and exercise their democratic right," said cricketer Cheteshwar Pujara as he emerged from a booth in Rajkot. 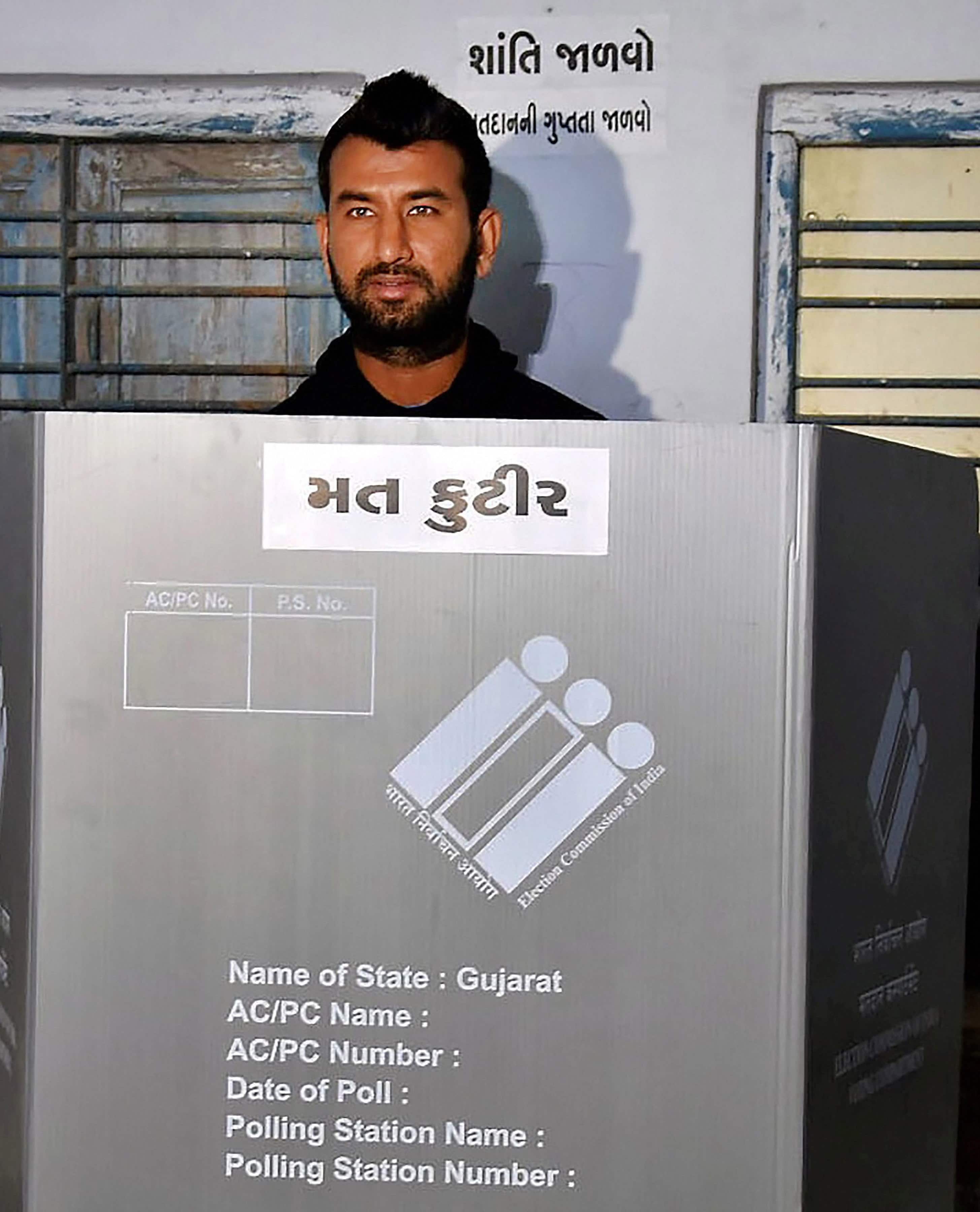 He was accompanied by his father Arvind Pujara.

115-year-old Ajiben Chandrwadia voted at a booth in Upleta town of Rajkot district. Another centenarian, a 104- year-old woman, exercised her franchise in Morbi district accompanied by her family members. 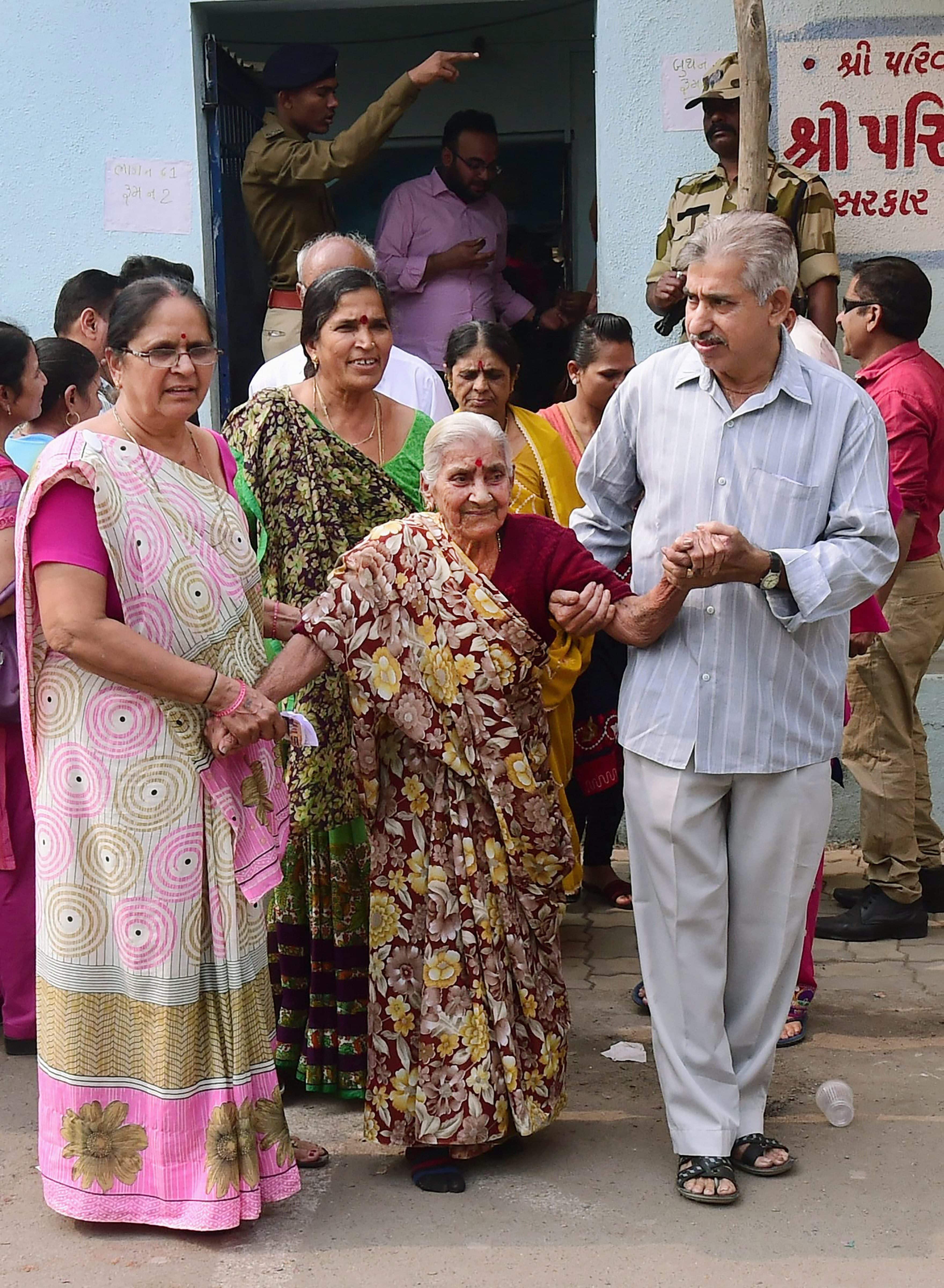 A couple, decked in wedding attire, turned up at a polling booth in Bharuch to cast vote.

Several members of a 'baarat' (wedding party), including the couple, came out to vote at Bhavnagar. The bridegroom and the bride, decked in wedding finery, said they wanted to first cast their votes before heading to the marriage venue.

"I am here to vote for development. We decided to first cast our votes before going for wedding," said the groom Bhavesh Rana.

A group of monks from th Swaminarayan sect voted at a polling booth in Gondal.

A daily wage labourer couple, who exercised their right at a booth in Gondal, Rajkot district, said they were sure that their vote went to the party they had chosen as they could see its symbol on the Voter People wait in a queue to cast their vote. Image Source: IANS

"We saw the symbol of the party (in VVPAT) we voted for. This assured us that the vote has gone to whom we voted for through the EVM," said Somiben Dantani.

Election Commission has deployed EVMs with VVPAT machines across all polling booths in Gujarat.

First time voters were seen lining up in front of booths in large numbers. Nidhi Savaliya, 19, cast her vote in Rajkot.

Besides Rupani, state BJP president Jitu Vaghani as well as candidates from both the ruling BJP and the opposition Congress were among the first to vote in their respective polling booths.

Rupani appealed to the people to come out so as to ensure there is "100 per cent" turnout by the evening.

"I would appeal to all voters to come out and cast their votes. This will strengthen democracy and enable people to install the government of their choice.

"The (voting) environment is very good (in Gujarat) and I would appeal all to use voting time till the evening to ensure 100 per cent turnout," said Rupani.

After exercising his franchise at Bharuch, Congress leader Ahmed Patel tweeted, "I have cast my vote. I have voted for change. Urge all fellow Gujaratis to turn out in large numbers and bring around the change that the entire nation is waiting for."

Congress candidate pitted against Rupani in Rajkot (West), Indranil Rajyaguru, was also among the early voters.