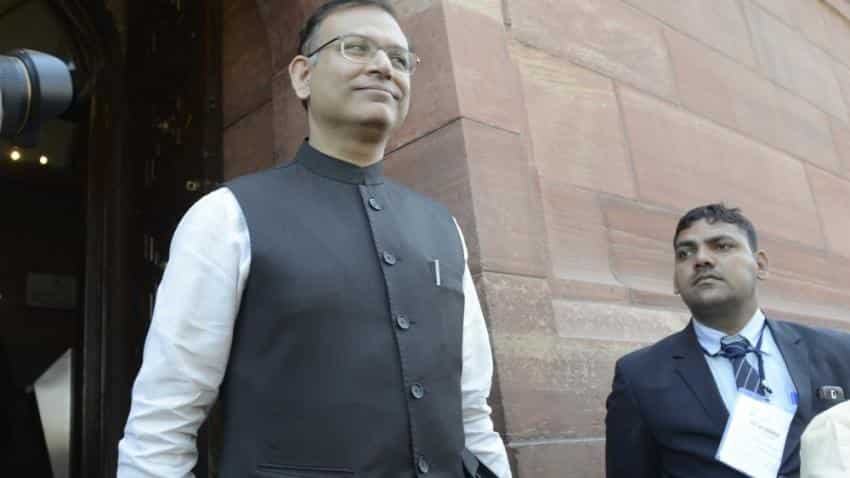 If the oil price stays in the range of $ 40-60 per barrel, but there could be a concern if it goes beyond, Jayant Sinha said. Image Source: IANS
Written By: PTI
RELATED NEWS

As crude oil price hit an 11-month high of $50 per barrel, the government today said its fiscal maths and inflation calculations will not be impacted if the commodity stays below the $ 60 mark.

Minister of State for Finance Jayant Sinha, in an interview to PTI, said Indian economy will be "fine" if the oil price stays in the range of $ 40-60 per barrel, but there could be a concern if it goes beyond.

The slump in oil price is one of the factors that has helped Indian economy notch up big gains by cutting its import bill and reining in inflation.

India, which depends on imports to meet 80 % of its oil needs, will have to spend Rs 9,126 crore ($ 1.36 billion) more every year for one dollar per barrel increase in crude oil. Besides, the rising crude oil trajectory impacts inflation and growth.

"If oil prices stay in the range that most forecasters are expecting them to be, which is in the $ 40-60 dollar range, then I think we will be fine. If it goes beyond that range, then it becomes a question," Sinha said.

At an average of $66 billion import price of $48 per barrel.

Asked what rate of oil prices could upset the fiscal maths as well as inflation calculations of the government, Sinha said the ministry's analysis is based on assumption that oil prices would remain in the $40-60 a barrel range.

Last week, Finance Minister Arun Jaitley too had stated that India can handle the current range of oil prices, but higher rates will impact economy and also lead to inflationary pressure.

"Obviously, higher crude prices is not good news for India. But If it remains within a range, as it is at present, it is something that can be handled. If it goes beyond the range, then certainly it creates an adversity," he had said.

Every rupee per litre increase in petrol price leads to 0.02 % rise in WPI inflation and 0.07 % for the same amount of increase in diesel rates.

When oil prices slumped in the second half of 2014 and 2015, the government hiked excise duty on petrol and diesel nine times to mop up additional revenues that helped it meet its revenue and fiscal deficit targets. In all, it raised excise duty on petrol by Rs 11.77 a litre and that on diesel by Rs 13.47. PTI JD DP CS ANZbeen hiked five times since March, totalling Rs 8.99 a litre, while diesel rates have been increased by Rs 9.79 per litre as international oil prices climbed to $ 50 per barrel for the first time since October 2015.